10 Graphic Novels to Get You Started in the Genre 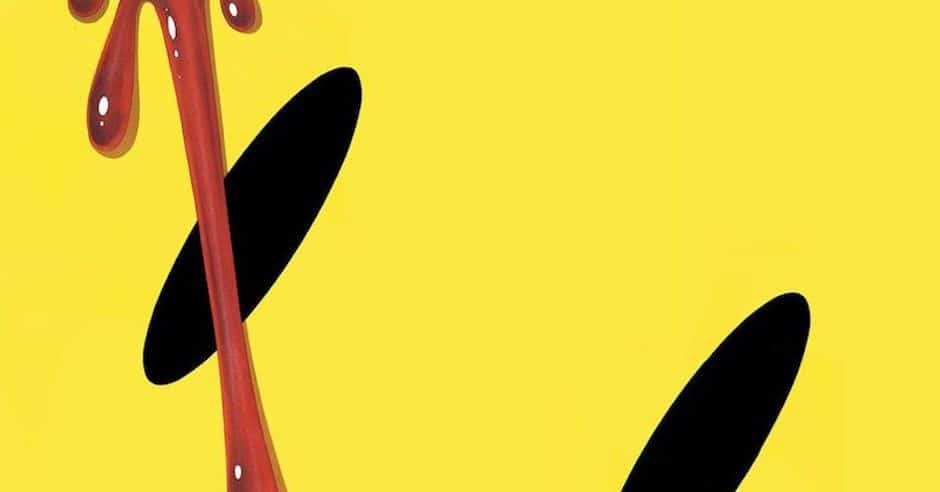 Comic books and, by extension, graphic novels (long-form comic books) were at one time the domain of the great unwashed. They were populated only by the geeks, the nerds, the weirdos, and outcasts. It was for people who lived more in their heads and fantasy lands then they did in real life. Time and perspective have changed how the public at large views comic books. We have The X-Men and The Marvel Universe brought to the forefront of popular culture. Kids en masse are comic book characters instead of ghosts and witches for Halloween. And now more than ever, have comics been seen as a valid form of literary storytelling. It isn’t all superheroes, graphic novels have deep themes of what makes us human, overcoming oppression, defeating the opposition, struggling, and the heroes journey. The only difference between some graphic novels and great literary works of old is that graphic novels use imagery as much as dialog and wordbuilding to build a mental picture in the reader.

It is a legitimate type of storytelling, but it can be overwhelming to someone getting into the genre. I have compiled a list of exceptional works that take reading to a whole new level.

Alan Moore’s Watchmen is one of the granddaddies of modern comic storytelling. Watchman is a work of grand ambition and crippling nihilism. The plot, summed up as the “anti-superhero” story, spans decades. The art is beautiful and puts a glossy shine on the intricate storytelling, but this isn’t a fun story. What it is, is a story that rips your soul out and haves you begging for more. By the end of it, you can only ask one question, “Who is watching the Watchman?”

Maus I: A Survivor’s Tale: My Father Bleeds History

“To die, it’s easy. But you have to struggle for life.”

Most graphic novels of substance get compared to Maus at one point in their existence. Maus is quite different than Moore’s Watchman in that Watchman is nihilistic and dark while Maus is dark but tinged with hope. The author Art Spiegelman created Maus in a series of one chapter inserts in his magazine, Raw. It was created as a means for Spiegelman to connect with his father’s history as a survivor of Auschwitz. It is told through mouse anthropomorphization, but don’t let that fool you—this a poignant story of the Jewish people and surviving during the nazi holocaust. There is no cuteness here, just raw storytelling.

“Voilà! In view, a humble vaudevillian veteran, cast vicariously as both victim and villain by the vicissitudes of Fate. This visage, no mere veneer of vanity, is it vestige of the vox populi, now vacant, vanished, as the once vital voice of the verisimilitude now venerates what they once vilified. However, this valorous visitation of a bygone vexation stands vivified, and has vowed to vanquish these venal and virulent vermin vanguarding vice and vouchsafing the violently vicious and voracious violation of volition. The only verdict is vengeance; a vendetta held as a votive, not in vain, for the value and veracity of such shall one day vindicate the vigilant and the virtuous. Verily, this vichyssoise of verbiage veers most verbose vis-à-vis an introduction, and so it is my very good honor to meet you, and you may call me V.”

V for Vendetta, Another Alan Moore book for the list. “The story depicts a dystopian and post-apocalyptic near-future history version of the United Kingdom in the 1990s, preceded by a nuclear war in the 1980s that devastated most of the rest of the world. The white supremacist, neo-fascist, outwardly Christofascistic, and homophobic fictional Norsefire political party has exterminated its opponents in concentration camps, and now rules the country as a police state.” It is dark, as so much of Moore’s work is. It deals with the oppression of V for Vendetta‘s titular character, V, and his rise and revolution against the police state.

“CHORONZON: I am a dire wolf, prey-stalking, lethal prowler.

MORPHEUS: I am a hunter, horse-mounted, wolf-stabbing.

MORPHEUS: I am a spider, fly-consuming, eight legged.

MORPHEUS: I am an ox, snake-crushing, heavy-footed.

CHORONZON: I am an anthrax, butcher bacterium, warm-life destroying.

MORPHEUS: I am the Universe — all things encompassing, all life embracing.

CHORONZON: I am Anti-Life, the Beast of Judgment. I am the dark at the end of everything. The end of universes, gods, worlds… of everything. Sss. And what will you be then, Dreamlord?

MORPHEUS: I am hope.”

An occultist attempts to capture Death; instead, he captures Dream. The protagonist Dream, also known as Morpheus, is a god, a deity, the personification of hope and despair, and something so much more. Humans have a complicated relationship with their dreams; they are the source of eternal hope and devouring nightmares.

Dream is all of this. Dream’s tale is part gothic, part horror, and part fantasy. It is beautifully rendered and shows what a fantastic writer Gaiman always has been. It, in turn, has inspired an entire generation of fantasy writers and is worth the read.

“Once upon a time, each of us was somebody’s kid.

Everyone had a father, even if he never provided anything more than his seed.

Everyone had a mother, even if she had to leave us on a stranger’s doorstep.

No matter how we’re eventually raised, all of our stories begin the exact same way.

They all end the same, too.”

Saga is the Romeo and Juliet of the modern age because Alana and Marko must die for the crime of loving each other.

The planet Landfall is at war with the Moon Wreath and has been for generations. It has been at war so long that the reasons for the war are muddy. These two lovers from different sides of the battleline seek to escape the war and start a new life elsewhere. All they have is hope, their wits, and their infant daughter. But is escape is never easy, and they will have to fight an entirely different war if they want to keep their family alive.

“I’m not afraid of the world. I’m afraid of a world without you.”

Yorrick Brown, or as he is later called Y, is the only man left in a world of women after a mysterious plague has destroyed all of the world’s Y chromosomes. It is an apocalyptic scenario that has you turning page to page. Come for the excellent graphics, but stay for Vaughn’s poignant and sometimes heartbreaking writing.

Transmetropolitan, Vol. 1: Back on the Street

“Journalism is just a gun. It’s only got one bullet in it, but if you aim right, that’s all you need. Aim it right, and you can blow a kneecap off the world.”

Spider Jerusalem is a gonzo journalist based loosely on a combination of Hunter S. Thompson, and H. L. Mencken. In Transmetropolitan, there is drug use, murder, and the mafia, but also there is an insatiable quest for the truth from Spider. He digs and digs until he hits proverbial bone, and when he does, he brings that truth kicking and screaming to the world. Damn the costs.

Spider has a particular hatred towards people and the public at large. He destroys himself to bring the truth to the public and is pissed off by how blindly people accept falsehoods. Transmetropolitan is intense and funny at times; however, what this story nails is why people love reporters like Hunter S. Thomspon. There is an absolute authenticity to Hunter, and by extension, Spider. He is his most authentic self, and that can be both a refreshing thing to read and bring a little hope for tomorrow.

There are no words in The Arrival. There doesn’t need to be. Shaun Tan has crafted a narrative that is visually compelling and wholly original. He captures the surreal experience of being a stranger in a strange land, and the fears and intense joys it brings. It is an essential and universal story that should be savored panel to panel.

“Only when you accept that one day you’ll die can you let go, and make the best out of life. And that’s the big secret. That’s the miracle.”

What is the most important moment of your life?

When does your life begin?

When does it end?

Every day of Brás de Oliva Domingos, life is a series of collected moments, like all of us. We, the protagonists in our personal narratives are shaped by small moments. These small moments, innocuous as they were, could change our destiny and fundamentally alter who we are as people. This is Daytripper, a collection of moments in the life of Brás de Oliva Domingos, where a small change, an alteration, changes his future. He becomes something else.

Each day ends with twists you aren’t expecting.

Daytripper is one of the few novels that understands the human condition and the fragility of life. It is the kind of book that reminds us that we may all be the lead protagonists in our own stories, but to someone else’s life, we might be the catalyst that changes their path from one way to another.

“To quote the poets… we’re fucked.”

Monstress covers a lot of ground. It is a set in a gorgeous alternative 1900’s Asia with elements of steampunk and dark fantasy. The world is wracked with war, and a young girl who has survived the trauma of war now has a psychic link with a monster of high power that can destroy them all.

The artwork is beautiful; the story is rich and dark. What Monstress does is an attempt to find a path towards redemption and fighting for inner peace. If inner peace is to be achieved, one must battle and find a balance with your inner monster, even if it is in the literal sense.