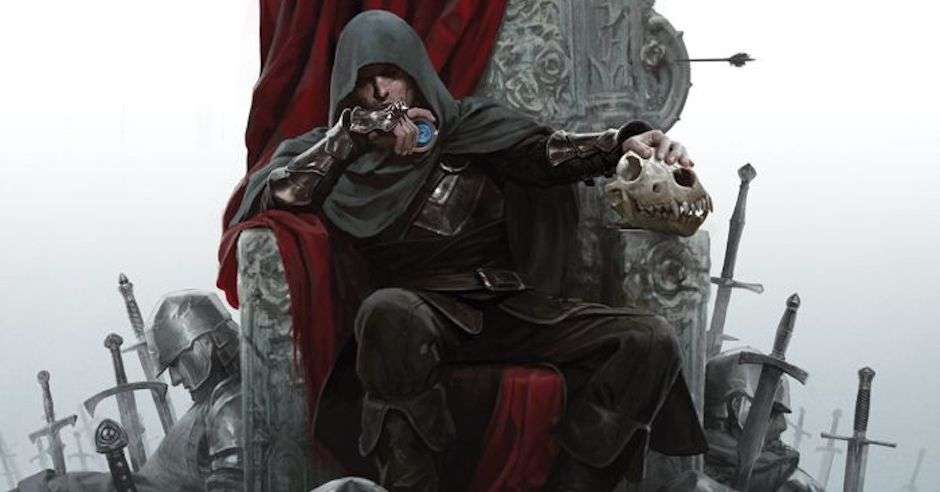 “Never judge a book by it’s cover” is perhaps the least-heeded advice to have ever been given. Of course we judge books by their covers. It is, after all, the first impression we get of a book. Sure, the blurb, reviews and recommendations are all important, but a cover is the face of a book, and a good cover will capture the essence of the story within.

Here are five of the best covers to grace grimdark fantasy books. Or, at least, this chump’s opinion on the matter.

King of Thorns by Mark Lawrence 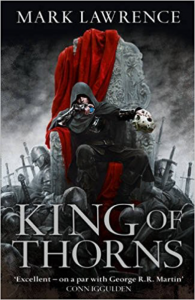 Here’s a grimdark cover that should be immediately recognisable to any grimdark fan. King of Thorns, the second book in the Broken Empire trilogy, has a cover that’s striking and, well, grim.

The most immediately obvious thing about this cover is the contrast of the red against a dark, monochromatic rest of the image. While the focus on a hooded figure may be done a lot in fantasy, I feel that this cover uses it well. Jorg’s relaxed, thoughtful pose contrasts against the destruction around him, and makes one wonder who this charismatic son of a bitch is. The hood also means that Jorg can be featured without presenting a face that might conflict with readers’ mental images of him. The two objects in his hands, the builder’s eye and the dog skull, add to this air of mystery and are little nods to important aspects of the book.

The three covers of the Broken Empire trilogy have great continuity, and King of Thorns is a particular standout. The darker colours and simpler, bolder text of the UK version are just more kick-ass (sorry US version). This is a cover everyone should have on their shelves.

The Court of Broken Knives by Anna Smith Spark 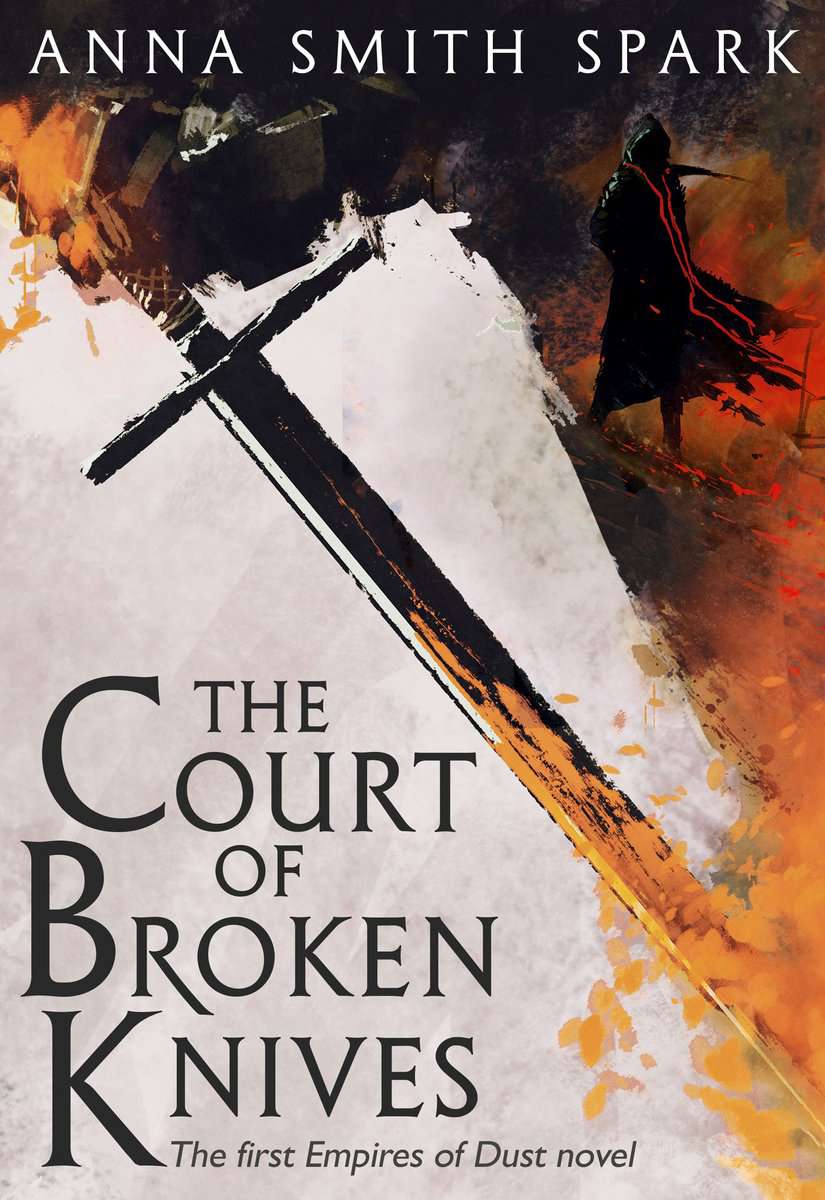 This cover does happen to include another hooded figure, but hey, if it ain’t broke, why fix it? They’re just so damn enigmatic.

The negative space and use of white is what makes this cover so striking. The monochromatic silhouette of hands holding a sword is pumped up by the judicious application of fire, and the scene with the hooded figure nestled inside the first image. There’s a decent amount going on here, but it manages to look clean, simple and attractive.

The Court of Broken Knives is Anna Smith Spark’s debut novel, and at the time of writing, there’s a day or so until its release, but it’s already making waves in the grimdark community. If this gorgeous cover is anything to go by, it looks like it will be damn cool. 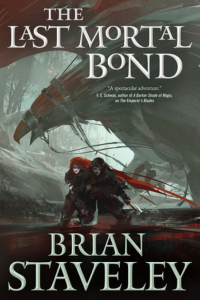