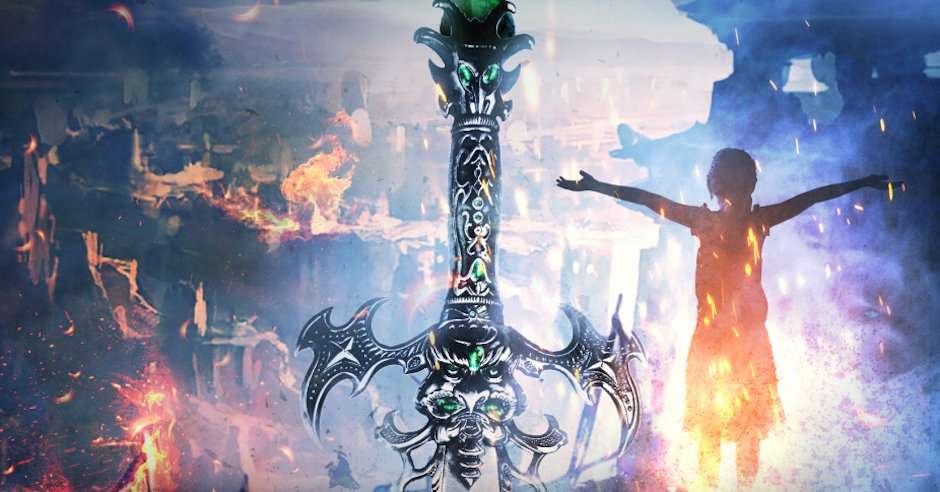 Mike Shel’s dark fantasy Iconoclasts series has been filling readers with dread since Aching God crept onto the scene in 2018 and earned a top-ten finalist spot in the prestigious Self-Published Fantasy Blog-Off. Combining the author’s background in psychotherapy and experience in the tabletop RPG industry, the novels mix the classic archetype of the adventuring party with themes of trauma, a hefty dose of horror, and a brilliantly realistic look at how the dungeon-delving lifestyle would really affect people. With the final installment of the series nearing its April 2021 release date, I was lucky enough to get an early look at Idols Fall as an alpha reader. Unavoidable spoilers for books one and two are ahead, but efforts have been made to avoid any spoilers for Idols Fall itself. From the official Goodreads blurb:

“AT LONG LAST, EVEN GODS WILL KNOW REGRET…”

Agnes Manteo now bears her father’s sentient Djao sword, along with a terrible revelation—the gods are charlatans, ancient sorcerers who draw their strength from the suffering of humanity. She and her Syraeic companions have but one duty: to track down those pretenders and end their reign of cruelty and lies, no matter the cost. To that end, the magical blade—mighty, single-minded Szaa’da’shaela—won’t allow any wavering of their commitment.

But the empire is in turmoil with the sudden passing of its undying queen. Noble houses clash and threaten civil war, murderous barbarians mass on the frontier in preparation for a bloody invasion, and all feel the aching void left by the clergy, whose temples were devastated by a great fire. Can the kingdom survive should Agnes succeed in tearing away its very foundations?

And if she fails? What might sorcerers with nearly godlike powers do to exact their revenge?

Idols Fall is the thrilling conclusion to the compelling Iconoclasts trilogy.

For those who are as excited to get their hands on book three as I was, here are 5 things to look forward to in Idols Fall.

“Brine conjured seven devils from a black fire he kindled with goat’s blood and the bones of a recently stillborn baby. And he sent each of those infernal creatures inside Surin, to bite and claw at his soul, to prowl about his body, doing to him hideous things words could never describe.”

Throughout the series, Iconoclasts features one of my favorite soft magic systems in fantasy. Shel’s mages pay homage to their RPG roots, but the spells they cast aren’t anything you’ll find in the back of your D&D Player’s Handbook (Sin Eater readers, for example, might recall a certain protagonist flaying a mob with a single particularly nasty enchantment). Magic plays a central role in Idols Fall, and readers can look forward to cool alchemy, wonderfully horrific necromancy, and a fascinating exploration of the divine magic that comes from the pretender gods.

“In whose domain is Vah’shaan?”

“Why, the Great Lady of Blood and Night.”

“Does the great lady have a name?” asked Lumari, her tone hinting at scorn.

“Her Most Gracious and Terrible Majesty, Leh’ae’ah’lu,” he answered, hand on his heart. “May her thirst be quenched.”

The ancient race of twisted and bloodthirsty sorcerers has always featured prominently in Iconoclasts worldbuilding as Syraec adventurers delve into the terrifying ruins of their civilization, but Idols Fall gives us some long awaited answers about the Djao. With book two’s revelation that the deities of Hanifax are just particularly powerful Djao mages masquerading as the divine and feeding on their followers’ suffering, book three reveals all the interesting details about false goodhood. Some major highlights include the fallout from Timilis the trickster god’s death, more information about ensorceled Djao blades like the one Agnes carries, and a gory look at what life was like when Djao wizard-kings ruled humanity.

“He mostly wondered on the occupation of Syraeics. Damned odd, crawling about in tombs and temples, searching for loot and magic, scrapping with demons and undead horrors. The notion gave him the shivers. No, a naval career provided sufficient challenge and adventure for him. Better a passel of pirates than snaggle-toothed devils, aching for a bite at your soul. In truth, there really was no need for a man to poke at the hateful past. Better to leave that malignancy buried and forgotten beneath the dirt.”

With the many of the companions that followed the Manteos in Sin Eater dead, maimed, or traumatized beyond recovery, Agnes assembles a fresh company of new and returning adventurers. Fans of the series can look forward to the comeback of some characters who haven’t been seen since Aching God or the related short stories (“The Barrowlands” and “The Final Word,” and I highly recommend both) as well as completely new characters joining Agnes on her deicidal mission. Readers might recognize some RPG class archetypes among the protagonists, but Shel did a great job of making them more than numbers on a character sheet, and their party dynamic makes them a joy to follow in social situations, mortal danger, and everything in between. GDM readers in particular will likely enjoy this group of interestingly flawed but basically decent characters who are thrust into a brutally dark world a