A Letter to the Editor from Michael R Fletcher 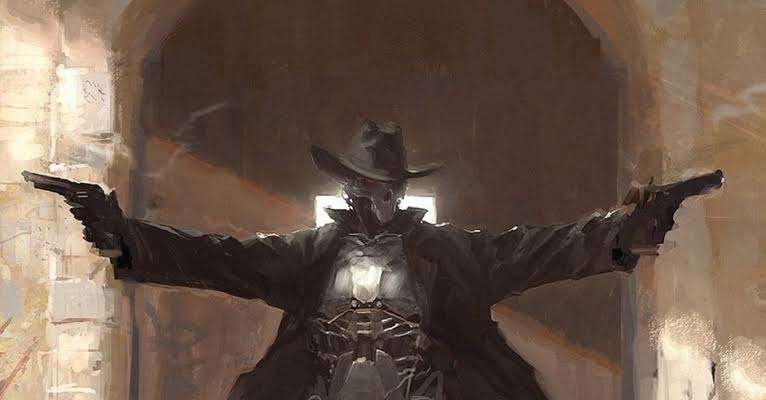 There’s a whole bunch I need to get off my chest, and a lot I need to apologize for. Apparently, we’ve been friends for a bunch of years now, but I’ve been hiding some terrible secrets from you. I can’t do it anymore. You need to know the truth.

Dude, I know you’re like, Where the fuck is that short story serial you’re writing for the GdM Patreon account? I’m sorry about that, about how long it’s taken. But there is a really good reason. You ever tried to step in and finish someone else’s story? It’s fucking impossible! Like, what the fuck was he thinking?! Did he even have a bloody plot?! Sometimes I really wish I was one of those writers who wrote things down, who planned things and kept notes. Apparently, I never am, not in any universe. This is getting confusing. I have to explain.

I’ve dug through our history, trying to figure out where we stand. You and I, we’ve chatted, we’ve done interviews and talked about how I got into writing, about the journey. It was all lies. I mean, maybe some of it wasn’t, at the time, but now it is.

Man, this feels right. Getting this off my chest.

We’re all guilty of partitioning ourselves, of seeing exactly the same events differently depending on which side we’re on. Like when you’re caught in traffic and manage to bypass a long line of cars by cutting in at the last moment. When you’re doing it, you’re happy you didn’t get stuck in that line, you’re clever, maybe even a little proud for taking the initiative. But then, when you’re caught in a long line and someone cuts in front of you, they’re an asshole. Can both be true?

What I did was a lot worse than cutting into a line of traffic. Though, as a metaphor, it works rather well.

Dude, you know what it’s like trying to be a writer in this climate. The competition, the need to put out material at a steady pace that both works for the old fans and yet is fresh and new.

As you know, back in 2008 I wrote a book called 88. You also know that it was published by a small Canadian press, and that this effectively launched my so-called career. But that’s a lie. The book I wrote didn’t sell at all. You see, back then I was a different me. Fuck hell, this is going to get confusing.

Okay, so I wasn’t an audio-engineer. Rather, I worked writing copy for the Institute of Particle Physics based out of the University of Victoria in British Columbia. It was a cool job. I lived in Toronto and emailed in my articles. Sometimes they’d send me around the world to see and write about various labs and companies doing cutting edge stuff in physics.

Anyway, I wrote this cyberpunk novel in my spare time, between dashing about on IPP business. I sent the book everywhere, to every agent and every publisher, and they all rejected it. All of them. It was never published. So there I was, a literary failure, when IPP sent me to the UK to write about yet another research lab working on something I didn’t understand. To say I was depressed is an understatement. I banged back whiskeys for the whole flight to Heathrow, kept drinking at the hotel, and was either still drunk or drunk again when I went in the next day to meet the scientists and listen to the nerds blather on about whatever the fuck it was they were working on.

I cruised through the day on autopilot, recording all the conversations so I could distil them to something useful once I got back home. At some point the scientists fucked off for ‘tea’, and I ended up in the lab with a mathematician. Like the fucking physicists weren’t difficult enough to understand! We got to talking and realized we were both very much into RPGs and would-be novelists. He’d written a fantasy novel called The Hundred War about some murderous teenager and, like me, had no luck selling it. We commiserated, and then he veered off into explaining the maths behind this thing the lab had built that he claimed was going to prove that there were multiple universes. I joked about how maybe we were successful authors in another universe, and he went off about how unlikely it was that the other universes were similar enough to our to maintain life. He said they’d already done some tests, sending inanimate objects to other universes, but there was no way to get it back, no way to know really happened to it.

I made some crack about how it was probably just incinerating the stuff and he explained the maths again (yawn!) and admitted they searched the area for dust, and no, it was really gone. And there I am, hungover all to ratshit, miserable about my failures, staring at this thing that either incinerates shit or snaps it off to some hostile universe. I had no plan. Maybe there was some thought that, if nothing else, I might be the first human to die in a different universe. I heard him gasp behind me as I stepped up to the thing and hit the big red button.

Nothing happened and I felt like an utter fucking idiot.

Even my attempt at suicide was a failure.

I turned to explain and found myself alone in the room.

Had he left? No way. It was an easy twenty meters to the door.

I will confess, I stood there for several minutes trying to figure out what the fuck?

Was there any way I’d used the device to pop into a neighbouring dimension and somehow survived? The idea was too ludicrous. And yet the math guy was gone. Unable to answer a single question, I let myself out of the lab. Visitors badge in place, no one paid me any attention as I cut through the lobby on my way out. I ran into the math guy near the exit.

“I thought you left already,” he said.

Not sure how to answer that, I shrugged.

At the time I figured he meant finishing the book.

Two hours later, and back at the airport, I discovered there’d been a fuck-up and someone else had got my seat. After much confusion, I was told I’d have to catch the next flight home.

Now I know I’ve babbled on for several pages but bear with me. This is where everything goes to shit.

This is where I realized I’d somehow got past all the traffic and cut into the lane.

After all the usual airport and customs joys and more Jameson and the result of what was effectively three days of binge-drinking, I got home to my condo in the Etobicoke part of Toronto, to find I was already there.

You see it now, right? I hopped universes. The reason my seat on the flight was taken was because I took it. The math guy was wrong, and this universe was basically identical to the one I came from. There was, I soon learned, one serious difference.

What would you do? There you are, having just let yourself into your condo to find you’ve come face to face with yourself?

We got drunk together and made plans how we’d take turns going to work while the other stayed home to write. I learned that he’d had moderately more success than I. 88 was to be published by a small Canadian press called Five Rivers. We compared notes, and I saw that he’d rewritten the ending, something I’d considered but hadn’t done.

It wasn’t much, but he had a publishing deal. Whiskey-fuelled envy grew in me. He’d done it! He had his foot in the door of the publishing world. Everyone knows that once you’ve got that first novel out, publishers take you more seriously. It might not get you out of the slush pile, but it certainly moved you up!

I wanted that so fucking bad.

Could I ride on his coat tails? With two of us writing, we could double our output, edit each other, make something truly amazing! He was disinterested, didn’t like the idea of working with others—even if that other was himself—and admitted he was too much of a control freak.

I knew it to be true. He was me. I’d never tolerate someone taking credit for my successes.

He wobbled off to bed and left me alone. Pouring myself another drink, I stared at the door. That was my fucking room, my