An interview with A.G. Slatter 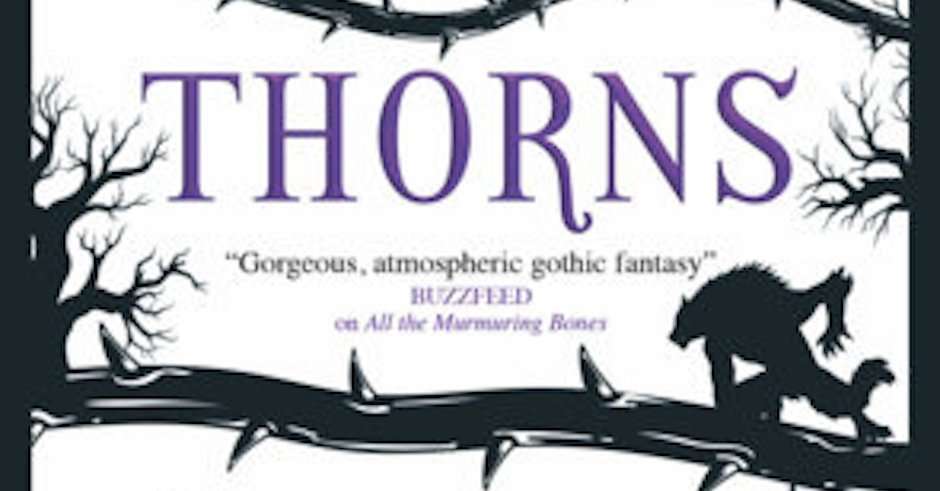 Award winning author A.G. Slatter was kind enough to take some time to chat with Grimdark Magazine. She is the author of several supernatural crime novels as well as multiple short story collections, The Girl with No Hands and Other Tales, Sourdough and Other Stories, The Bitterwood Bible and Other Recountings among them. The upcoming gothic novel, All the Murmuring Bones takes place in the world of Sourdough and Bitterwood.

[GdM] Can you please talk a little bit about yourself and your writing?

[AGS] I’m a writer! 😊 I’ve been writing as a freelance career since 2011, but publishing stories since 2006. It’s the thing I love most in the world and I’m so grateful that I get to do it as a living. I write urban fantasy/supernatural crime, fairy and folk tales, gothic fantasy, “proper” horror, and anything in between. I also teaching for the Australian Writers’ Centre, mentor a few writers and until recently ran The Flensing Factory doing developmental editing for private clients. I’ve won some awards, and I’m working on a few secret projects at the moment.

[GdM] What drew me into All the Murmuring Bones was the dark fairy tale feel that harkened back to older stories. What led you to write a gothic sort of fairy tale? 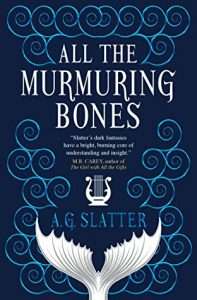 [AGS] I’d actually written it initially as an historical novel, which showed me that I was very bad at historical novels and not interested in writing them – but I knew there was a core there that worked, and once I started thinking about it as a Sourdough world story, it came together. I’ve always loved the gothic tale, and it felt like the natural progression from the Sourdough and Bitterwood fairy tale mosaics. I loved Jane Eyre and Villette and Wuthering Heights, Angela Carter’s and Daphne au Maurier’s writings, obviously Dracula and Frankenstein. I liked the idea of a protagonist running from one large creepy house to another, and I wanted to do something that used the original fairy tales I’d written previously as the background stories for this character – that all those tales were the stories she was told growing up. I’m interested in folk tales and rumours, the ways stories move and evolve, so this is sort of a way to interact with that process.

[GdM] The creatures in the book seemed to be a combination of the original legends, and an extreme amount of creativity on your part. How did you go about making creatures we have all heard of so unique and different?

[AGS] I didn’t want the mer to be “The Little Mermaid” – my most hated fairy tale! – I wanted them to be strange and terrifying. I think it probably started from that idea of sirens and mermaids singing sailors to shipwreck, then rusalkas singing people to their deaths too. I thought that in the core idea of the song being used as a lure, that was the real nature of the mer – something really dangerous. The kelpie also, I loved the idea of a creature that was basically terrifying being helpful because it needed someone to help it – fairy tales are all about bargains after all.

[GdM] If I remember correctly, rusalky and kelpies, two different creatures that are spoken of in your book, originate in different parts of the world. How much of a deep dive did you do to choose the basis for your fairy tale additions?

[AGS] The Sourdough world is, in general, just the mashed-up fairytale world in my head, based on everything I’ve ever read. Rusalkas are Slavic, but they’ve got counterparts like Melusine in France, nixies in Germany, morgans in Welsh and Breton mythology … so my rusalky are along those lines, maidens who’ve drowned (or been drowned). The kelpies are Scottish but there are different versions around the place; like the Welsh Ceffyl Dŵr, and the tangie in Orkney. It’s basically a mix of British and European folklore and mythical beasties because my ancestry is that sort of mix and those were the tales I was read as a kid. What I do at this point – because I’ve been reading this stuff all my life, so the deep dive has already been done – is light reading, reminder reading, just to figure out what’s the canon and then decide if I’m going to keep it or depart from it.

[GdM] With the story taking place in the same setting as some of your other works, such as Sourdough, did that affect your world-building at all? 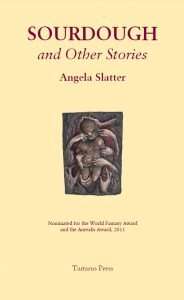