An Interview With Adrian Tchaikovsky

Arthur C. Clarke and BSFA award-winning author Adrian Tchaikovsky interviewed with me about his upcoming releases, his penchant for role-playing, acting, and stage fighting.

If you are a fan of stories that ask the big questions and tackle challenging ideas, look no further than his catalog of work where he is as comfortable writing fantasy as he is writing science fiction. 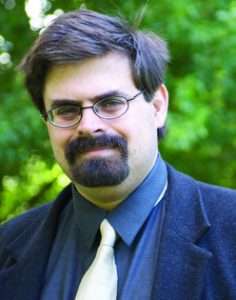 GdM: I read that you are a live-role player and are an occasional actor and trained in stage fighting. Can you tell me about those? Did they help or hinder your writing?

AT: Added to that, I’ve trained at Leeds Armouries in historical combat, and it all goes into the melting pot, basically. It gives you an expanded toolkit to write scenes, both from the perspective of how individual fight moves work, and (from LARP) the wider tides of battle, and some sense of what it’s like standing in the second rank of a pike block when a horde of enemies are charging down a hill towards you. Which is something that an office job doesn’t tend to provide. The challenge as a writer is, of course, to then pare down everything you’ve learned and experienced to the absolute bare minimum, so that your desire to communicate all this stuff doesn’t just clutter the page up.

GdM: I know that creating fight scenes must be different from the mind of someone trained in stage fighting. I’d love to know what the differences are and how you approach a fight scene.

AT: One big thing is that there are a number of Big Lies that tend to get seen a lot in fiction (and even more so on screen) that you can’t honestly espouse. Such as “the armour does nothing”, which is a big bugbear. People wore armour (at great expense and inconvenience) because it really does keep you alive. They tested C17th breastplates by shooting them with the firearms of the time. You also have an appreciation for just how clever and cerebral the study of the fight actually was. The experts in the field, whose manuals we still possess, were intellectuals with an in-depth knowledge of how the human body worked (and how to make it stop working via the precise application of sharp pieces of steel). However, as above, all that can end up getting in the way. Making use of all that knowledge without sacrificing the emotional and narrative impact of a scene is a real art form in itself.

GdM: You have been asked often about your writing’s influences from specific authors or genres. You have mentioned Gene Wolfe, Mervyn Peake, China Miéville, Mary Gentle, Steven Erikson, Naomi Novak, Scott Lynch, and Alan Campbell in the past. As a reader picking my favorite book, genre, or author would be akin to picking my favorite child. Instead, I’d like to know about a specific book, possibly from one of these authors, that affected you greatly and why. 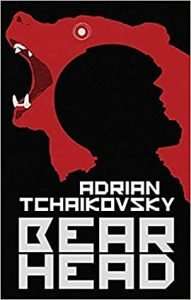 AT: Honestly, as we’ve been talking about fights, let’s go for Mary Gentle’s Ash, still one of the greatest works of fantasy ever written. It is a mind-bending piece of work, seen from several perspectives that shift as the book goes on – with a framing device being the modern-day archaeologist uncovering the story of the titular medieval mercenary leader, save that the middle ages they uncover deviate more and more from accepted history, and are followed by physical discoveries that seem to back up the world of Ash rather than our own history. Behind this is Gentle’s iron-hard understanding of living history, including her absolute mastery of writing both close-in combat and massed battles. She really is one of the all-time greats, and she should be a lot better known and more widely celebrated.

AT: So the psych and zoo came from my existing interests, which have been fairly evident in my writing. I grew up with the natural world as a huge influence, from Attenborough to the books of Gerald Durrell. The Natural History Museum (which features as a location in Doors of Eden) was my favourite place in all the world. From there, wanting to understand the behaviour – the minds – of the nonhuman started to take precedence. Unfortunately, neither the psych nor the zoo elements of the university course particularly satisfied or focused on the areas I was interested in. I came out somewhat disillusioned with both.

The legal side of things was, basically, a complete fluke. I was on the dole in the mid 90’s and needed a job, and the Legal Aid Board was hiring. I did 2 years there, worked out there was no real career progression po