An Interview With Benedict Jacka

When you talk about great urban fantasy, you have a lot of choices as a reader. It could even be said that we live in a golden age of options. However, many series start well but don’t have the longevity to last eight or even 15 books, unlike the Alex Verus series by Benedict Jacka. Jacka’s series has always been one I turned to when I was looking for a fun pick-me-up of a read with a dark edge. As the series plowed on, the titular character got darker and morally divided due to the political machinations of magic users.

On December 7th, Jacka released the final Alex Verus book with Risen and has ended the decade-long series with a bang. It was quite the page-turner and an excellent farewell to the Verus world. Jacka was kind enough to sit down and answer some questions about his writing, the Alex Verus series, and what we have as readers to look forward to in the future from his future storytelling.

[GdM] You have a huge new release with book 12 of Alex Verus. I could not put it down and read it in one day. Could you tell us a bit about the Alex Verus series in general and where we are at the start of Risen? 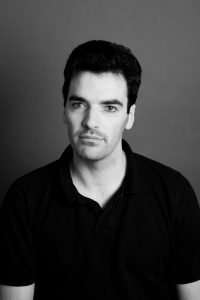 Books 10/11/12 are the “endgame trilogy” of the Alex Verus series. By the beginning of Risen, all of Alex’s big decisions have been made and the battle lines have been drawn. Risen is all about playing out the consequences of the choices he made back in book #10.

[GdM] You have a bachelor’s degree from Cambridge University in Philosophy. What made you choose philosophy as a degree tract? Did it have any impact on how you created Alex’s character?

I always had a particular interest in ethics. I don’t know if it had much impact on Alex’s character, but it definitely had a big impact on his story—much of the series is about the intersection of power and morality, and the conflicts between them. The mechanics of Alex’s divination also draw on the philosophical arguments involving free will and determinism that I used to write essays about.

[GdM] You write as someone who appreciates stories from a reader’s perspective. Are you a big reader, and if so, what stories inspired you as a writer?

I’m a very big reader—I spent pretty much my entire childhood reading! I’m not sure which books inspired me in particular, but my favourites growing up were Lord of the Rings and Watership Down. 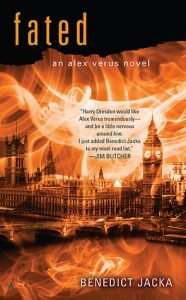 [GdM] It is coming up on ten years since you released Fated, book 1 of Alex Verus. Has your approach to the writing and editing process changed since the first release?

The biggest difference is that I’m a lot pickier now. Back when I wrote the first few Alex Verus books, I tended to write off the top of my head and make things up on the spot. I still do that sometimes, but nowadays I’m a lot more likely to go back and edit it quite heavily before sending it to my publisher.

[GdM] One of the best qualities of the Alex Verus series is the creation of deep familial relationships; it is the epitome of a found family. Th