An Interview with Blake Howard 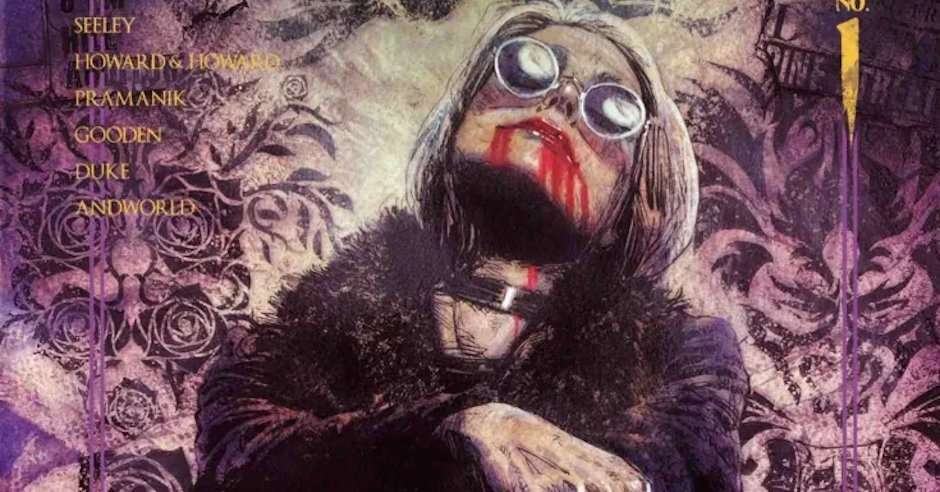 We here at Grimdark Magazine have done a lot of reviewing of Vampire: The Masquerade products since the release of Fifth Edition. We’ve especially been interested in the coverage of Vampire: The Masquerade: Winter’s Teeth by Tim Seeley, Tini Howard, and Blake Howard. It’s an intense urban fantasy comic book that serves as the perfect introduction to the World of Darkness for newcomers. It also is bound to please long-time fans of the seminal Nineties tabletop game that has been recently reintroduced to the public eye.

I’m very pleased to announce we’ve been able to get a short interview with Blake Howard, author of the Anarch Tales and RPG material of the comic book. As one of the principle architects of the work and biggest fans of the original game, he’s a guiding vision for what the comic has become. It’s good to get some insight into his process and I hope we’ll hear from him again. 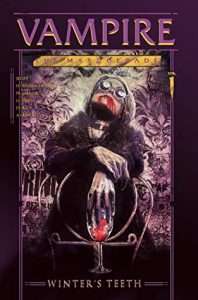 [GdM] Winter’s Teeth just released its first trade paperback. Congratulations. Could you describe for our readers the comic and what its about?

[BH] Winter’s Teeth is the first story arc in Vault Comics’ Vampire: the Masquerade comic series. It deals with the Twin Cities of Minneapolis and St. Paul and the vampires who dwell there. Volume 1 is a shared narrative about Cecily Bain, a Camarilla enforcer, and her adopted Caitiff childe named Ali. The B-Plot (of which I am a co-writer) is about a group of Anarchs and their struggles to get by, night-by-night.

[GdM] Were you familiar with the World of Darkness before you became involved?

[BH] Intimately so! I have been an avid player and storyteller since 2002.

[GdM] What is different about writing for a property like this versus other works you’ve worked on?

[BH] Obviously, when you are playing with someone else’s IP, there is an approval process for anything. In this case, we have been working with Paradox Interactive, who have been so incredibly supportive. We get notes back, from time to time, mostly about making sure that we are adhering to their vision of where they are taking The World of Darkness, but they are also willing to be flexible if we can justify any of our bolder story ideas. 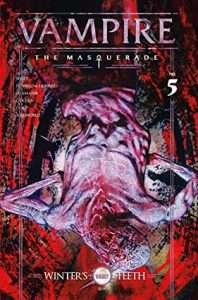 [GdM] Could you describe what you do for the comic?

[BH] I am one-half of the writing team for the Anarch Tales storyline. I work with my wife, Tini Howard, who is a serious comic writing veteran. It would be fair to say that while I come up with the storyline, dialogue and characters, Tini is invaluable when it comes to making sure we are getting the right pacing, formatting, and other nuances that come from years of writing comic books.

[GdM] You’ve written a lot of RPG information for the Twin Cities in the back of the comic book. How would you describe it if Storytellers were to set a game there?

[BH] The cliché response is that it is a Tale of Two Cities. Minneapolis leans heavily Anarch while St. Paul is Camarilla-aligned. It is a microcosm of the U.S., in a lot of ways, where the Anarch territories meets the Ivory Tower of the East Coast and Midwest.

[GdM] How has fan reception been for it?

[BH] Overwhelmingly positive! It is a thrill to see people discuss and predict where we are going. We strove to tell a story that would resonate with long-time fans while also being accessible to new ones.

[GdM] What Clan would you be? Anarch or Camarilla (or Sabbat)?

Toreador, no contest. Prior to 5th edition, I maybe would have said Camarilla, but given the recent shake ups with the lore, probably Anarch.

[GdM] What can we expect for the second story arc of Winter’s Teeth?

[BH] Cecily will continue Ali’s education in the laws of the night, while the Anarchs (who have gone their separate ways) explore their own individual interests.