An interview with Cory Burns 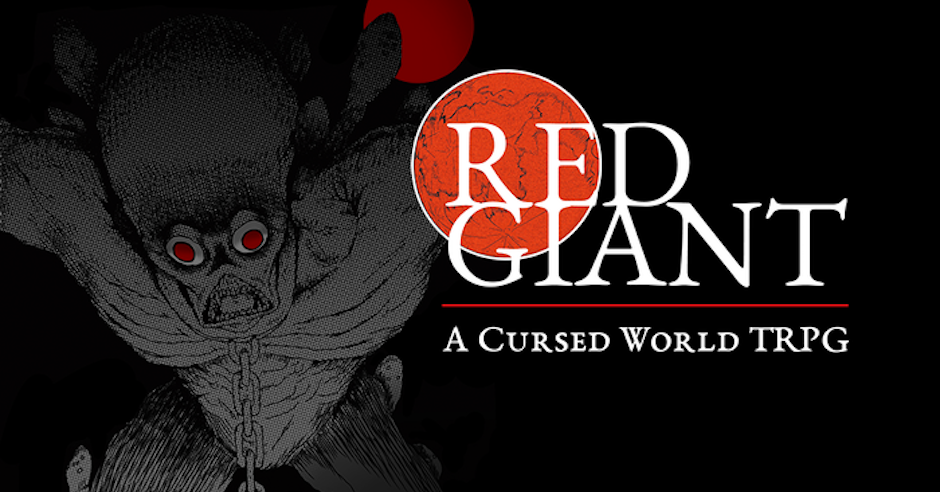 Responsible for the inception and writing of dark fantasy roleplaying game Red Giant: A Cursed World, Cory Burns is an immensely busy individual steeped in the creation of frightening worlds full of inhuman horrors and mind bending magic. It’s not an easy job, bringing something as all-consuming and immersive as a whole TTRPG setting to life, it’s more closely aligned to a vocation. A calling. One Cory has answered and risen to the challenge of, creating a game players and truly lose themselves in and tell stories of triumph and tragedy, heroism and horror.

I was incredibly fortunate to be given the opportunity to pick Cory’s brain on everything from how he managed to conceive Red Giant, his work process, his history and what his vision for the future holds. It was an excellent interview. Cory is an articulate and enlightening individual with a wealth of insight into gaming and the creative process, and I’m very excited to be able to share the experience. 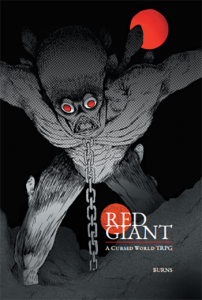 [GdM] Writers are often told to tell the story they want to read. With Red Giant, did you create the game you wanted to play? It definitely fills a particular niche, so where did it come from?

[CB] Red Giant: A Cursed World TTRPG is actually the second version of the game, which I think is a little-known fact among people who have bought or played the game. I started the original game as a hack of Knave to explore more OSR styles of play that were compatible with other materials. Once it was complete I found myself wishing I had dumped more originality into the game and spent more time fleshing out the additions to the system. After releasing our flagship game “Over Arms” I decided to revisit Red Giant and set-out to remake the game into its own dedicated system with a plethora of different mechanics, sub-systems, and an expanded, dedicated bestiary. I feel strongly that Red Giant is in a much better place than it was originally and I definitely enjoy the game more as a result.

[GdM] Red Giant focuses strongly on roleplaying, as opposed to rollplaying. Telling stories, not just hacking and slashing and collecting loot and experience. It feels ideal for quick, mission based sessions. But how do you feel it stands up to long form, multi-session chronicles?

[CB] Red Giant is definitely a solid system for one-shot gameplay but absolutely stands up to the test of time when running longer campaigns. The world of Red Giant is harsh and unforgiving and so your characters will be lucky to make it through a full campaign allowing players to explore different character builds throughout the campaign. We also included a leveling system in the core book to allow players to increase their characters strengths through milestone leveling to further strengthen their characters across each session. My advice when playing a long form campaign is to never get too attached to your characters and try to tell their story as best as you can during their time in play.

[GdM] Beyond the obvious inspirations mentioned in the book itself, what were some other things that informed the conception of Red Giant? What made you feel the TTRPG market was ripe for a game like it?

[CB] There are a lot of fantasy and grimdark games out there already, when starting out making Red Giant I didn’t know if it would do well due to this or flounder in a sea filled with these types of games and become forgotten, so far I am impressed with the results of the game. When creating Red Giant I knew I wanted several things: 1. a rules-light environment that players can use as a toolkit to tell their own stories 2. an original system instead of leaning on OSR 3. A lot of flexibility for character creation, and 4. a bleak world that is beyond saving.  Naturally a lot of anime and games influenced this like Attack on Titan, Dark Souls, Demon Souls, and various others, but I feel like none of the source material leans into this world that is beyond repair so I drew a lot of inspiration from that concept alone.

[GdM] Adaptations are big business these days. So let’s play pretend. You get unlimited funds to convert Red Giant into any medium you want, tell any story you want to tell, what’s it going to be? Get in touch with an anime studio and create a full-length animated feature? Live action? A graphic novel? And what’s the story you want to tell?

[CB] That’s a fun question, I think naturally if I had unlimited funding I would choose them all, but if I had to pick one I would definitely love to see Red Giant translated into an anime or a live-action TV series simply to expand the medium and get viewers into tabletop roleplaying games. Also, who wouldn’t want to see this world in motion!? As for the story, I’d leave that up to the director / writers, the game is a toolkit at heart and I’d love to see what they brought to the table on the condition that they somehow fit the Thirteen Kings from the bestiary in somewhere.

[GdM] What’s in the future for Red Giant? Are there any sourcebooks and supplements in development right now, or ones that you’d like to do to expand on the world? You’ve created such a great sandbox to play in, the possibilities are damn near limitless.

[CB] Thanks for the kind words here, I really appreciate it. Right now there is another scenario I’m adapting that was written by a close friend and colleague that will be released for free. Beyond that I would really like to focus on sea travel and the different adventures that could take place there within the Red Giant universe, it might be a scenario or a supplement but no news on that just yet! 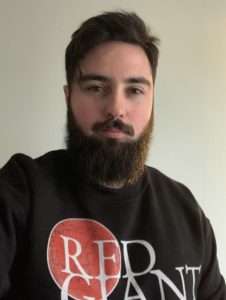 [GdM] Something more fun. You’re obviously a fan of anime, seeing as you list things like Vampire Hunter D, Berserk, and Claymore as direct influences on Red Giant. So what’s your favorite anime? Series or movie. And beyond the three listed above, what are some other anime or movies you’d recommend people check out to inform their experience before playing?

[CB] My all-time favorite anime is FLCL (or Fooly Cooly), I’ve probably watched that at least a hundred times through, if you haven’t seen it and enjoy watching anime I am of the opinion that you’re totally doing yourself a disservice by not watching it. As far as other anime to watch for Red Giant inspiration goes I think I would have to suggest Afro Samurai for the outlandish fight scenes and enemies, Gungrave for the plot and characters, and finally you can never go wrong with the classic Vagabond.

[GdM] Something more personal. What got you into writing and developing roleplaying games? Safe to assume you’re a gamer, but what got you to take the plunge and start making games of your own?

[CB] It all started because I was tired of making video games due to how much work they are. When making a video game you have to focus on so many things like art, music, sound effects, programming, level design, voice acting, animation, etc., and it was becoming too taxing for a one-man team. After playing a few tabletop RPGs with friends during this lull, I became obsessed with trying out any game I could get my hands on or at least reading the rulebook for ideas. I was absolutely captivated over how manageable designing these games could be since you don’t have to focus on the same things required by a video game like voice acting, sfx, music, etc. Instead of programming the logic for a computer to handle for the player, you were basically writing logic for the GM to process and use as they liked and I found it more digestible and more interesting than what I had been doing for the past decade or so.

[GdM] Is there anything you’ve got going on you’d like to pump or promote? Whether Red Giant or Rookie Jet related, or anything else? What’s something you’re hyped about right now you want people to know about?

[CB] My friend over at Cave of Monsters (creator of Rider Konchu and Henshin) has a really cool game inspired by the Ultraman series called “3 Minutes” that I think is really rad and people should check out, Sam is a great person and really deserves all the attention he can get. As for Rookie Jet Studio, we have some more projects up our sleeves for the year and we are planning on launching a Patreon soon to help fund some other projects both original and related to our previous games like Red Giant and Over Arms. For now, just follow us on Twitter for all your Rookie Jet updates!