David Towsey is the author of the upcoming Equinox novel, The Walkin’ trilogy, and one-half of the creative partnership of D.K. Fields. Equinox, David’s newest release takes place in a world where every human body contains two distinct identities – a day brother and a night brother. One never sees the light, the other nothing of night.

David sat down with GDM to discuss his writing, computer games, the nature of binaries, and his love of ice cream. Thank you for sitting down with us and having a chat.

[GdM:] In case people are not familiar with your work, could you tell us about yourself? 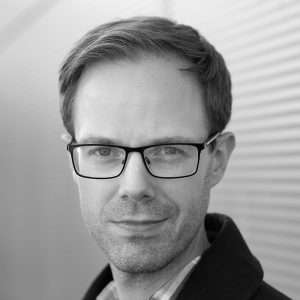 Sure thing. I write novels, short stories, and indie computer games – mostly in the SFF genre. I guess I blend a lot of genre elements in what I do; my first novels apparently cornered the market on literary zombie-westerns. My next release, Equinox, is a mix of dark fantasy, folk horror, and witch-hunts with a strong SF-style “what if?” at its core. Game-wise I’m one half of Pill Bug Interactive, and we’ve released three games so far across Steam and Nintendo Switch™. I’ve also co-written a fantasy-crime trilogy under the pseudonym D.K. Fields. I think it’s fair to say I like to mix things up.

[GdM:] I read that you are an ice cream man, is that still the case?

Ice cream is not just a dessert, it’s a mindset. Especially once you accept pistachio flavoured ice cream into your life.

[GdM:] I read that you enjoy computer games and MMOs and that you play Magic: the Gathering at a competitive level. As a game geek myself, I would love to hear more about that.

Oh wow, you have done your research! I actually stopped playing MMOs a few years back, around the release of WoW’s Mists of Pandaria. I still have a lot of love and respect for that form of gaming, but I just couldn’t give it the time and dedication I wanted to. I’ve also hung up my Magic slinging boots (not sure that metaphor works, but I’ll run with it). When my partner and I moved to Cardiff in 2016 we got involved in the local board gaming scene. We met loads of lovely people, played so many great games, that I didn’t find myself driven to keep up with Magic.

But when the pandemic hit, like many folks my work went solely online so I was in front of the screen even more than usual. I picked up an old, old hobby of mine in miniature painting. Mostly Games Workshop, but some 3D printed stuff to. It was a lot of fun getting back into that and seeing how far the hobby had come since I was a kid (YouTube painting videos are amazing!) That inevitably led to playing miniature games, and I’ve just started to get into tournaments for Age of Sigmar… once a tournament gamer, always a tournament gamer, I guess.

[GdM:] I read an interview you did where you were asked about your introduction to genre fiction being The Hobbit. I think many of us had similar experiences. Are there any other books out there that had profound influences on you as a reader?

So many, it’s hard to narrow it down. Perhaps one of the biggest influences for me as a reader and a writer would be Richard Matheson’s I Am Legend. I love so much of his work, but this book in particular opened my eyes to a certain kind of horror writing. For many readers in the 1950s and 60s, he brought horror to the suburbs and showed it could exist outside places like Dracula’s castle. Even decades later, as a young reader I experienced that powerful effect which brought horror home, and it stayed with me. I don’t necessarily write horror in the purest sense (though, I suppose that’s open to debate). But I think my interest in the genre is firmly rooted in the family and domestic spaces.