An Interview With Josh Malerman Josh Malermen entered the book scene 8 years ago with Bird Box, a novel about the apocalypse. We met Malorie and watched her struggle past the unthinkable. It was highly acclaimed and was eventually turned into the Film Bird Box for Netflix starring Sandra Bullock. Since then Josh has had added a ton of terrifying books to his repertoire: Black Mad Wheel, Unbury Carol, and A House at the Bottum of the Lake to name a few.

But now with the upcoming release of Pearl, a story about a pig that is difficult to describe, but absolutely unsettling and riveting to read.  Josh was kind enough to sit down to interview with us and let you know why you should check out Pearl, and maybe sing for precious Pearl if he asks. 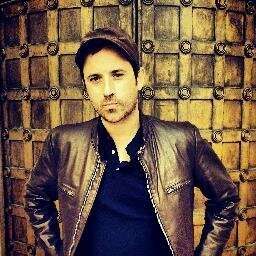 GdM: Can you tell me about The High Strung and how you came by your love of music?

My friends Derek and Chad and John were all playing in bands since we were like ten years old. I didn’t think I had that exact bone in me, but I was already writing back then, weird comics and totally emo poems and eventually short stories. Trying to anyway. So… eventually, Chad and John and another friend Adam invited Derek and me to come join their band. Derek because he was amazing at drums and me because… of proximity. We were all hanging out together all day every day and Derek and I came in a package deal or something and they were like, “We’ll get you an organ, Josh, and we’ll teach you some chords, and you’ll play along. Nothing to it.” And while there was definitely something to it, I loved being part of it all. But the real love for it came one night when Derek and I were practicing in the basement of his mom’s house, organ and drums, and our other friend Mark Owen came over and started singing some of his poems and some of mine over the music Derek and I were playing. That was the moment the songwriting door opened to me, to Mark, and we stepped through it without a second thought. We’re working on a new album now. Mark is the closest thing I’ll ever have to an artistic soulmate. He’s unfathomably great to work with.

GdM: When you craft a song versus crafting a story, is it a similar creative storytelling space? 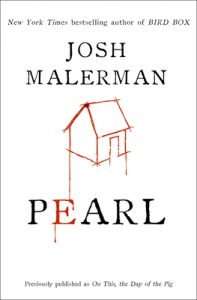 The biggest link I’ve found is this sense of a drummer when I’m writing a book. An invisible, shirtless, crazy guy who plays the same beat throughout the entire rough draft. Sometimes that beat is weird and I don’t realize it until the rewrite, but other times it’s four-on-the-floor and easy to follow. Bird Box was like that. I think this comes from the fact that Chad Stocker, the bass player in the High Strung, was really our lead guitarist, even though he was on bass, for many years, while I pretty much played rhythm with Derek. So, for me, songs and books, it’s a lot about rhythm. The roll. And maintaining a steady, unsettling beat for the duration of writing the book.

GdM: Your story of writing on the road sounded pretty fun. I read that you wrote a dozen novels on the road touring with high Strung. How did writing work on a tour bus?

It wasn’t easy! And it was also incredible. Derek loved driving, Chad loved reading or practicing the bass in the back, and I had shotgun to myself. I could either read, sleep, call someone, or… write. We’d average some 4 hours driving a day, which was a pretty perfect writing window, a perfect session. So, I started doing it. I got this lap-pillow thing that had a pillow on one side, a wood board on the other, so it was like a little desk top. And I wrote. I wrote freehand, too. We’d be hungover or tired but we were also living so far under the radar, so broke, so outside the box, that writing novels between cities felt like the exact right thing to do. It was a liminal space, so to speak. I miss it. 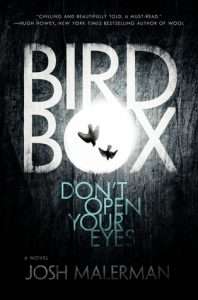