An Interview with Marina Lostetter 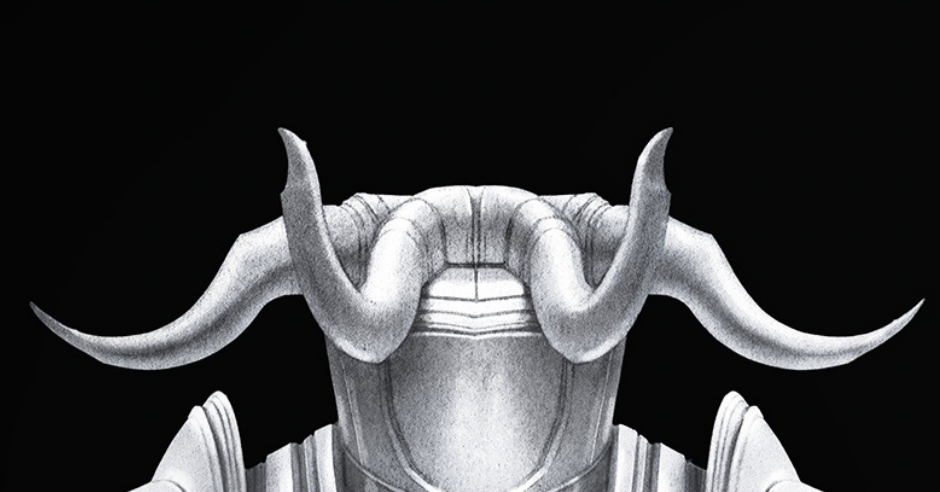 Marina Lostetter, author of the space opera series Noumenon is releasing a new series, The Five Penalties, with the first book Helm of Midnight in April. Grimdark Magazine had the great fortune of chatting with Marina about her love of games, science fiction, and the new series. If you are looking for a story that is a combination of Hannibal and Mistborn, then her new story Helm of Midnight is perfect for you.

GdM: Hi Marina, thank you for doing this interview with me! Firstly, please tell me a bit about yourself and your writing.

Thanks for having me!

I’m originally from Oregon, but live in Arkansas with my spouse Alex, two cats, and way, waaaaay too many aloe plants (seriously, it’s Area X over here). I write both science fiction and fantasy, usually about people trying their best–even when their best is truly awful. 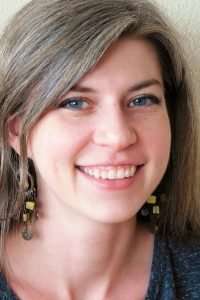 GdM: I have found that most writers are also readers and start reading early. Were you a big reader as a kid? When did you first discover SFF, and what was your gateway drug?

I was a big reader from an early age, and I mostly devoured things like Nancy Drew when I was young. In the fourth grade my dad gave me The Hobbit, and even though it was really above my reading level at the time, I was sold. I’ve been and SFF lover ever since.

GdM: I had read from a previous interview that you are a fan of the Final Fantasy Games. What about them draws you to them? Is it the narrative, graphics, depth of story? Or is it all of the above?

Definitely all of the above. I think they also hit some of my player/reader/writer cookies world-building wise. I really like stories that have a world-based mystery, where what’s seen on the surface drastically contradicts the real mechanics of the universe. The Final Fantasy games are constantly inverting the rules mid-story, which reflects a lot of my own narrative philosophies. I like to present a world and then try to make the audience question what they think they understand about it. I often world build with the explicit intent to break my own world building.

GdM: Do you also play tabletop?

I do! I love table top games. I’ve recently enjoyed Scythe and Mysterium.

GdM: Before The Helm of Midnight, you had delved deeply into the science fiction genre with your space opera Noumenon series. Can you tell me a bit about the series?

The Noumenon series is an epic interstellar adventure featuring clones, rogue AIs, alien artifacts, ancient sentients, and dubious signals from far-off stars. The trilogy takes place over one hundred thousand years, with a focus on societal changes as seen through the eyes of several ‘immortal’ characters.

GdM: As a prolific short story author, how does plotting a short story differ from planning a three-book arc such as Noumenon? Obviously, you have only so many words to work within short stories, but what else?

I think it’s like the difference between a song and an album, right? A song is a mood. An album is a journey.

GdM: What does the writing process look like for you? I read that you were a plotter; how do you keep track of all of the story angles?

I think when people learn that a writer is a plotter they think the writer must be really organized and have a strict plan that they follow, but I don’t. My plotting is very stream-of-consciousness and contradictory. Early in the process, I have a file where I just write all my ideas as they come to me. It’s actually my favorite part of writing, because it’s purely playful and creative. It doesn’t have to make sense yet, it doesn’t have to be good yet, I just have to please myself. After, I mold that file into a rough shape that resembles a real narrative. I find I can’t write unless I have a direction to write in, and this process provides that direction. But it’s not exactly efficient, and I work 99% in Microsoft word, so most of the story angles are just intuitively tracked in my own mind. I wouldn’t actually recommend my methodology to anyone–there are much smarter ways to keep track of structure.

GdM: You have a new release dropping in April, The Helm of Midnight. Tell me all about it. You pretty much had me at, “Evil blooms in darkness.”

My husband actually came up with the tagline, so all related kudos should be directed to him.

I like to bill the novel as Brandon Sanderson’s Mistborn meets Hannibal. It’s secondary-world epic fantasy with highly structured magic, featuring a truly creepy serial killer. The murder, Charbon, kills at night, and molds his victims’ bodies into sculptures of flowers he calls blooms. Thus, “Evil blooms in darkness.”

Nothing is as it seems in the story. There’s a lot of hidden history and magic gone awry.

GdM: The worldbuilding is unique in The Helm of Midnight, gods, emotions, and evil masks. What inspired you for its creation?

The Helm of Midnight is an expansion of my short story Master Belladino’s Mask, which was one of the first short stories I ever sold. When I sat down to write the short story, I was casting around for elements to include and just happened to glance at the Boruca masks we’d brought home from our honeymoon (in 2020 we celebrated our ten-year wedding anniversary, so this story has been in the works for a long time). The masks themselves are very expressive–created by exceptionally skilled artists–and filled with a lot of personality, so I started to imagine that maybe they’d been carved to match the personalities of real people. The world-building really spiraled from there, but they provided the initial story seed.

GdM: You write compelling evil and violence in this story, was that emotionally draining to write?

Yes. Looking at the end product, it might be hard to believe, but I have a very hard time hurting my characters. I frequently get first draft critiques that amount to “everyone is being way too reasonable” or “they shouldn’t just be able to talk their way out of this” or “there should be more stabbing.” I’m the type of person who takes spiders outside and reloads videogames if I accidentally step on Thumbelina (shout out to Witcher 3). So I really have to push myself to go raw, to go dark. And it is very draining sometimes.

GdM: Tell me about the characters Krona Hirvath, Melanie, and Chabon? Was their specific inspiration for their personalities?