An Interview with Paul Tremblay 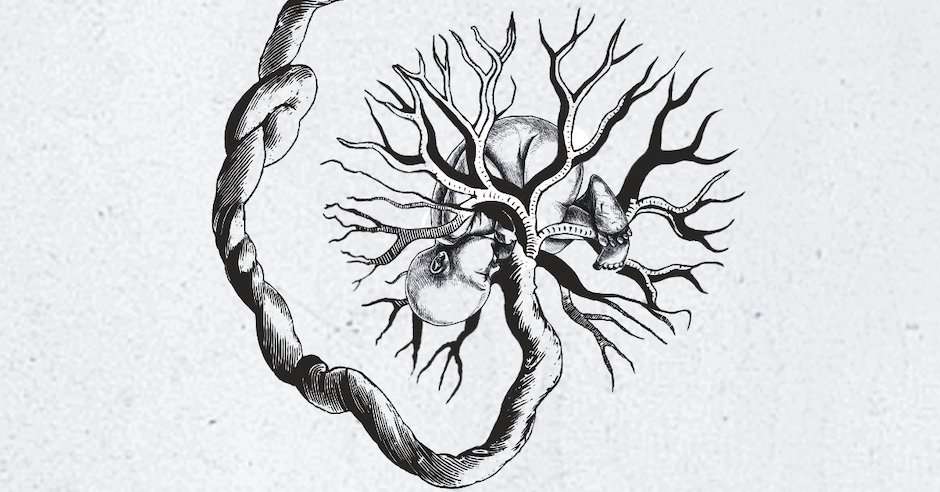 Paul Tremblay has won the Bram Stoker Award, British Fantasy, and Massachusetts Book awards for his work in the horror field. His novels horror novels include The Cabin at the End of the World, Disappearance at Devil’s Rock, A Head Full of Ghosts, Survivor Song, and the story collection Growing Things. He is also a crime novelist with the Mark Genevich series.

Paul was kind enough to sit down with me for the crossover issue of Grimdark Magazine and chat about the horror genre in general, the unreliable narrator in horror, and his newest novel, Survivor Song.

[GdM] You have a master’s degree in mathematics from the University of Vermont. How did you get from mathematics to writing? Are there creative similarities between the two?

[PT] One of the last classes I took as an undergraduate was an English/Lit 101 kind of class to fulfill a humanities requirement. That class and Joyce Carol Oates’s story “Where Are You Going? Where Have You Been?” sparked a little pilot light of reading in me. A few months later, Lisa (my wife), bought me The Stand by Stephen King for my birthday, which ignited that pilot light into a flame in a furnace. (Um, work with me, here.) Yeah. Anyway, I went off to UVM, and in my free time I read all the King books I could get my hands on. From there I branched out to Peter Straub, Shirley Jackson, Clive Barker, and more. After two years, I earned my master’s by the skin of my teeth, but I also had an inexplicable itch to try writing some short stories.

Higher levels of mathematics require creativity. I never got there, though, in math. That said, I think my math background helps with some of the analytic aspects of writing, my constantly asking questions of the story and their characters, sort of like programming in a binary 0 or 1 language. Every choice you make in a story is a 0 or a 1 and it leads to the next choice and the next. 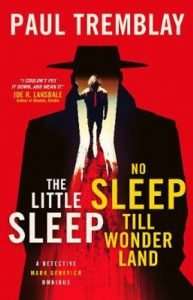 [GdM] Two of your first novels, The Little Sleep and No Sleep until Wonderland, feature a narcoleptic detective, Mark Genevich. The stories have been described as hardboiled crime noir. What inspired these? Are you a fan of hardboiled crime stories like Dashiell Hammett and Raymond Chandler?

[PT] While my first and foremost love is horror fiction, I am a fan of noir/hardboiled, particularly Raymond Chandler, but also Sara Gran, Will Christopher Baer, and Liz Hand’s Cass Neary series. The Little Sleep started with an image of a big city PI in his office and a beautiful woman walks in—the stereotype of a detective story—but her case is bizarre. She holds up a hand and bandages are wrapped around the bases of her fingers. She says someone stole her fingers and replaced them with someone else’s. When I first had the idea, I thought I would do a PK Dick kind of noir story, but didn’t get anywhere with it. Later, when I researched sleep disorders (I had an acute sleep apnea that resulted in surgery) and stumbled across narcolepsy and hypnagogic hallucinations, I knew the woman’s fingers weren’t really stolen and my PI was dreaming. The books spooled out from there, with Mark himself being the ultimate mystery of the novels.

[GdM] Who is P.T. Jones? How did you arrive at that nom de plume?

[PT] That guy owes me money!

Stephen Graham Jones and I co-wrote a now out-of-print YA novel called Floating Boy and the Girl Who Couldn’t Fly. It’s SF/F or F/SF (depending upon how shoddy you think our science was). It was an absolute pleasure to work with Stephen, who is kind and generous and beyond talented and hard-working. At the end we decided to Brundlefly our names into P. T. Jones and let that guy take all the blame.

[GdM] Your books have a way of leaving the reader unsettled. There is nothing straightforward about how the stories take place. Have you always been drawn to horror that leaves you questioning your interpretation of things?

[PT] Thank you, and the short version: yes!

Memory, identity, and reality are more malleable than we like to think they are, and I’m fascinated by those cracks within things and within us; those liminal spaces our imagination and hope and fear try to fill. Existence itself is ultimately ambiguous, right? Or at least its end is: what happens when/after we die? You can think you know or believe you know, but you (me included) don’t and can’t really know. I think most horror stories poke and probe at that final unanswered question, even without having to directly ask it.

[GdM] Your novels have a very intimate nature to storytelling. Rather than the grandiose big picture, you tell stories that look into a smaller section of humanity. It is a doctor trying to help pregnant women during an outbreak, two loving fathers facing tough choices, or a reality television show of a family who is possibly descending into madness. What attracts you to such intimate stories versus writing something more all-encompassing?

[PT] The all-encompassing thing intimidates me as a writer, frankly.

As a reader, I connect with more personal stories. Even for a math person like me, the numbers can become too big, too faceless, too numbing in scope. Focusing on one person or one household’s story often grounds or humanizes an event. Or maybe put in another way, all our stories are small, and I mean that in an intimate, humbling, and beautiful way. The awe and horror of the world is how we’re fated to be continually caught within the gears of events beyond our control. And, so, now what? No really, I want to know. What do you do now? What does one person do when they’re caught in the middle of the maelstrom, whether the maelstrom be a super rabies outbreak, economic disaster, zealot-eyed home invaders, or even the cruel will of the universe. I find both horror and hope in those individual stories.