An interview with S.C. Jensen 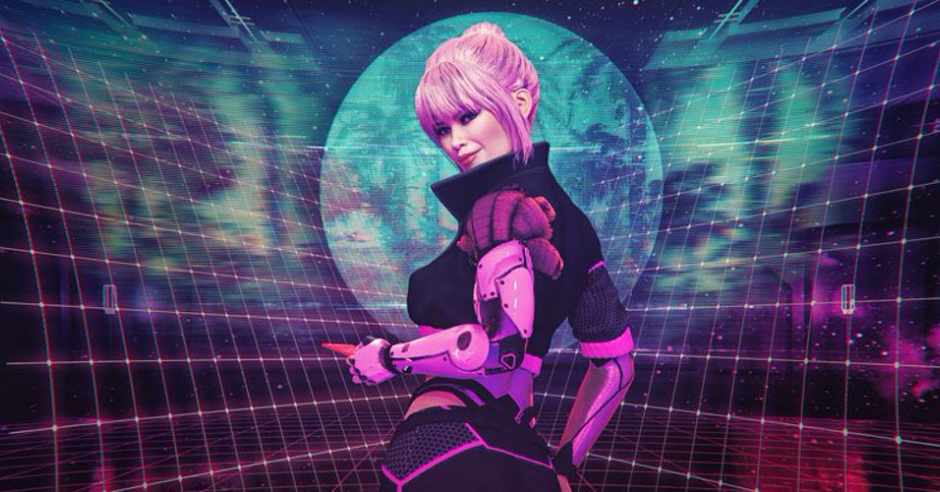 We’re lucky enough to have an interview with S.C. Jensen, author of the popular indie cyberpunk series Bubbles in Space. She’s agreed to sit down with us and explain some of the things that went into her writing process. 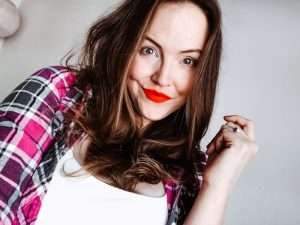 [GdM] Could you describe what Bubbles in Space is about?

Bubbles in Space started off as an irreverent cyberpunk love letter to my favourite noir writers, Raymond Chandler and Dashiell Hammett. It’s about an ex-drinking ex-cop with a cybernetic arm, a semi-legal P.I. license, and a knack for getting herself into trouble.

I meant for it to be a lighthearted, fun, “fluffy” sci-fi series to kind of purge my system after I finished writing a much darker, dystopian sci-fi trilogy… But it turns out I can’t really write fun and fluffy.

Bubbles in Space is a grit and glitter sandwich with a side of off-the-wall cynicism. It starts off fun and quirky and gets a bit darker the deeper into the series we get.

I do still think it’s pretty fun and funny for the right kind of reader: sci-fi lovers who don’t take themselves too seriously, noir lovers looking for something a little different, weirdos with a twisted sense of humour. People like me, basically.

Bubbles Marlowe is a bit of a screw up. She’s newly sober, trying to figure out who she is and where she fits in the world. While she’s solving mysteries and trying not to get killed, she’s also repairing broken relationships and attempting to prove her self-worth. She’s fiercely protective of her friends and believes that everyone is worth saving. But she’s the queen of doing the wrong thing for the right reasons.

Bubbles’ character is based on my own experience with alcohol addiction and the rollercoaster to recovery. I really wanted her to reflect what it’s like to have to re-discover who you are in your mid-30s when a major part of your adult identity has been stripped away. I hope others in recovery will see their own struggles reflected in the ups and downs of her character arc. Especially the ups!

This might be a bit of a spoiler, but I think it’s important to mention for those who are in recovery: I will not be using relapse as a plot twist. Bubbles is sober and she will stay sober for the entire series. Her character arc is about recovery. 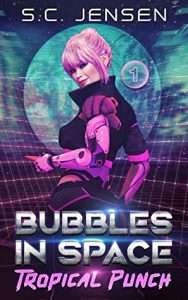 [GdM] What’s her situation at the start of Tropical Punch?

Bubbles is having a rough go of it. The Chief of Police wants her dead, she’s got no money, she’s been warned off a case by her ex-partner. And when she takes what should be a straightforward job delivering a message to an exotic dancer, heads literally roll. No matter what she does, Bubbles seems to make things worse. So she decides she needs to get out of town. Of course, that goes about as well as you’d expect!

[GdM] What attracted you to the cyberpunk genre?

Cyberpunk embodies all of my favourite themes in writing. Before I was really cognizant of the genre, I was exploring things like income disparity, classism, life in the underbelly of society. I think this is what drew me, as a reader, to the old noir pulp detective stories.

As technology becomes a greater and greater part of our everyday lives, I am very interested in the ways that it exacerbates these problems, and also the ways that it acts as an equalizer. Cyberpunk is neo-noir in essence, and that’s what really attracted me to the genre. I love the aesthetic dichotomies of cyberpunk, too. Darkness and light, metal and flesh, human and machine. It’s got so much potential!

[GdM] How would you describe HoloCity?

HoloCity is the quintessential western cyberpunk city. It’s a sprawling megacity controlled by powerful corporations and economic interests, world governments have been replaced by Trade Zones, politicians and law enforcement are bought and paid for so no one ever really knows where anyone’s loyalties lie. It’s capitalism on steroids, basically. This creates some challenges for our underprivileged protagonists, but it creates opportunities too. 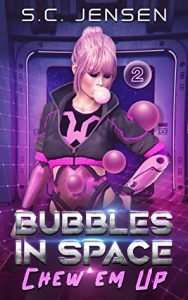