An Interview With Seanan McGuire 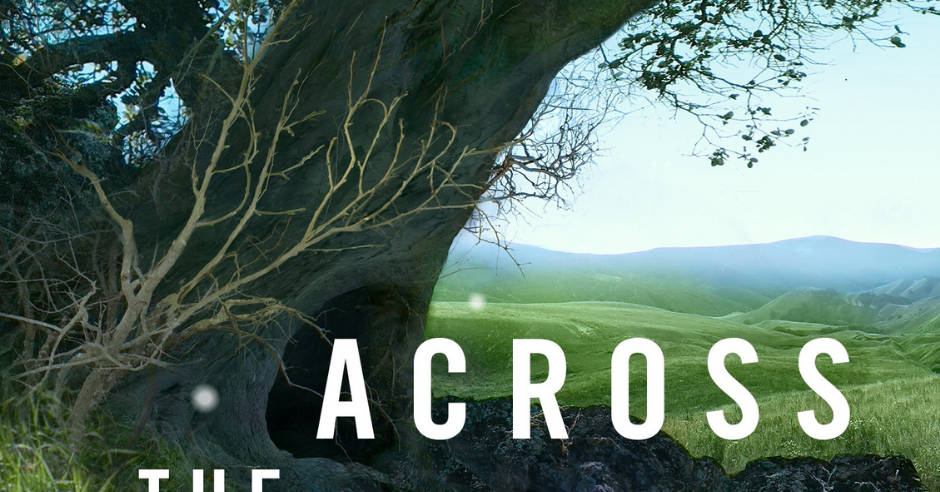 Seanan McGuire, an author of multiple Hugo, Nebula, and Locus award-winning books, was kind enough to interview with Grimdark Magazine, where we discuss her past, writing, and her different series.

GdM – Could you tell me about your beginnings as a stand-up comedian and an animal rescuer? You had mentioned that stand-up comedy and writing are things where you are constantly throwing yourself into ridiculous situations? What kind of effect did comedy have on your creative pursuits, obviously writing, but writing music and cartooning as well. 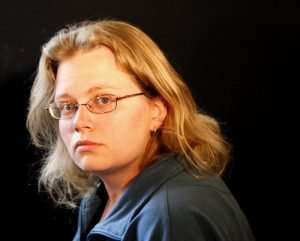 I think that everything you do will influence who you grow up to be–or don’t grow up to be, as the case may be.  So stand-up and animal rescue both taught me that it’s better to risk looking ridiculous in the moment, if it means you get the laugh, or the lizard…or, in my current life, the story.  The only real downside of having started where I did is that I’ve had to stop telling stories about animal rescue and rehab, because anyone who hasn’t worked with animals would then promptly call me a liar.  Animals don’t know when they’re being ridiculous.  They’re just animals.  And you can’t always get photographic proof.  The phrase “pics or it didn’t happen” makes me grind my teeth, so my dentist says stop.

GdM – I love that on your website you said, “She […] can be amused for hours by almost anything. “Almost anything” includes swamps, long walks, long walks in swamps, things that live in swamps, horror movies, strange noises, musical theater, reality TV, comic books, finding pennies on the street, and venomous reptiles” If you got more hours in the day, what are some other “almost anythings” you would like to be amused by and learn more about?

I’d like to be amused by more of my local area–I’m charting it a little bit at a time, with long walks through swamps and forests, but I have to write, and that means I can’t constantly be out there in the wilds.  I’d like to learn how to bake really fancy cakes, and I’d like to run more D&D, not just play it and strain my local network of DMs, and I want to see the parts of the world I haven’t seen yet, of which there are quite a few. 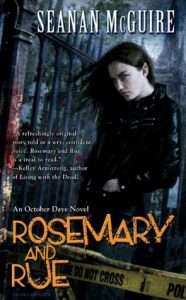 GdM – You have emphasized the importance you place on having clearly defined rules for your worlds. When creating a new story, horror, fantasy, urban fantasy, or other, do you list out for yourself the rules of how the magic or science fiction works in that world and go from there? Or do the rules develop organically.

I tend to develop the rules organically and write them down as I go, then make sure I don’t contradict myself.  I do want to stress that this is how things work for me.  That doesn’t mean it’s how things will work for you.  Everyone is different, and that’s the way things are supposed to be.  So please don’t take my process as a commandment.

GdM – In your Fifty Rules for Writing, you talked a bit about how writers ought to talk about writing as much or as little as they need to. You suggested to “find tolerant friends,” and have said, “If I tried to work everything out in the privacy of my own head, I would explode, and nothing would ever get done. You may be on the opposite side of the spectrum. There is no wrong answer.” Do you think that due to the pandemic, authors are utilizing social media to get more of their ideas out and communicate with other writers more so than before?

Not really, because the fear that someone will steal their ideas, or that they won’t be able to accurately articulate something, or that their idea will turn out to be inherently problematic in some way–I once had an editor propose a Mira Grant book to me that was built on an inherently racist premise, who hadn’t realized that the premise was racist until I echoed it back at him very carefully (and no, the editor was not white).  So there’s still an aspect of caution when it comes to talking things through with people we don’t know well.  I think a lot of writers have taken to Zoom and Dischord for necessary talk-through spaces.