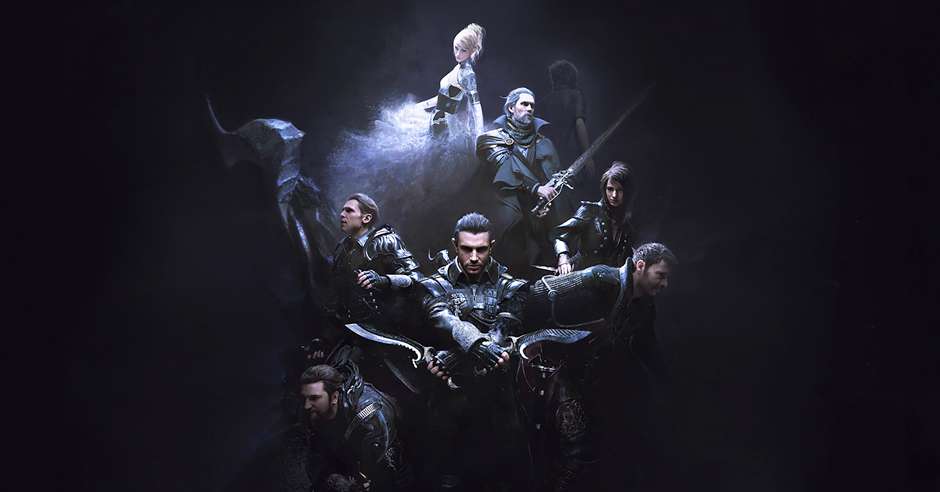 Square Enix’s Kingslaive: Final Fantasy XV is a CG feature film which serves as a backstory to the video game Final Fantasy XV, released in late 2016. As expected from Final Fantasy, the production is first-class and it mostly looks good. Whilst the story may be sufficient for an action RPG, its execution in this feature film is somewhat mediocre.

The kingdom of Lucis is at war with the empire of Niflheim. The Lucii kingdom have the Kinglaive, a unit somewhat like special forces and also cannon fodder. These soldiers are immigrants who have been taken in by the Lucii and granted access to the king’s magical power in order to fight.

Over the years, Niflheim has taken much of the world and has surrounded Lucis. The only thing protecting the Lucii capital, Insomnia, is its magic shield. It is powered by King Regis and somehow facilitated by a monolithic crystal.

Niflheim, clearly in a commanding position, offers terms to the Lucii. Of course, the leaders of Niflheim and Lucis are up to something… hence almost two hours of CG awesomeness.

The basic plotline itself isn’t that bad: a Kinglaive soldier tries to save a kingdom against the assault of an evil empire. That’s what I expected from the fantasy genre. There is enough going on (visually) but its weakness is that almost every cliché is included: from cookie-cutter characterisations and convenient plot devices to really cheesy dialogue. Granted, nothing is original anymore and clichés are fine if there is at least one twist to make them more interesting. But there aren’t any and almost every line of dialogue amplifies the cheesiness.

The voice acting isn’t outright bad but, as mentioned above, the dialogue is poorly written. Even decent acting can rarely fix that. Aaron Paul as a Kinglaive soldier is fitting enough. Sean Bean sounds too young for King Regis whilst Lena Headey sounds too old to be Princess Lunafreya. It’s as if the makers want to jump on the Game of Thrones bandwagon. Or maybe they want to add to Sean Bean’s character death count. Oops, spoiler. No, not really. (I just stated that almost every cliché is in this film.)

It is unfortunate that the Australian blu-ray release contains only the English dub. It is possible that the Japanese dialogue and performances are better.

It mostly looks awesome. Object modelling and texture mapping are impressive in their detail. Skin tones are generally tricky but they are managed well here. Character motions are mostly good although there are parts of action sequences in which characters move too well or too awkwardly; for example, when they are dodging something dangerous.

On balance, there is enough going on to keep one somewhat interested for one viewing but do not expect a gripping story. The Lucii kingdom is obviously in a difficult position and King Regis makes arguable decisions but these are unlikely to resonate emotionally with the audience even though one can understand them intellectually. I don’t feel their moral struggles nor the sense of urgency that I expect from such a grim situation.

Ultimately, it’s a fantasy CG-fest and that’s the only reason you’ll watch this and/or you’re a faithful follower of the Final Fantasy games. It’s a pity since the premise, fundamental plotline and production quality could have contributed to making it a decent, dark, sci-fi fantasy piece even if not outright grimdark; after all, it’s presumably not intended to be grimdark. Visually, at least, Kingslaive will not disappoint but that’s about it.

Joey was born in Hong Kong but nicked off to Australia and was very relieved to find primary schools here did not have exams. Nevertheless, school had put him off of reading and writing although he was always the creative type, mostly into visual arts. At the realization that the world was unaccommodating to those who aspired to an artistic vocation, he resigned with spiteful bitterness to do something else. And if it weren't for religion, his life may have turned out like some grimdark story: lots of blood, excessive yelling, get himself dead unnecessarily etc. Instead, he's just a jerk who never gave up on spanking his inner creative-child and did eventually develop a penchant for writing. You can find his stuff at www.joeytoey.com.au and then abuse him.