ANOTHER letter to the GdM editor 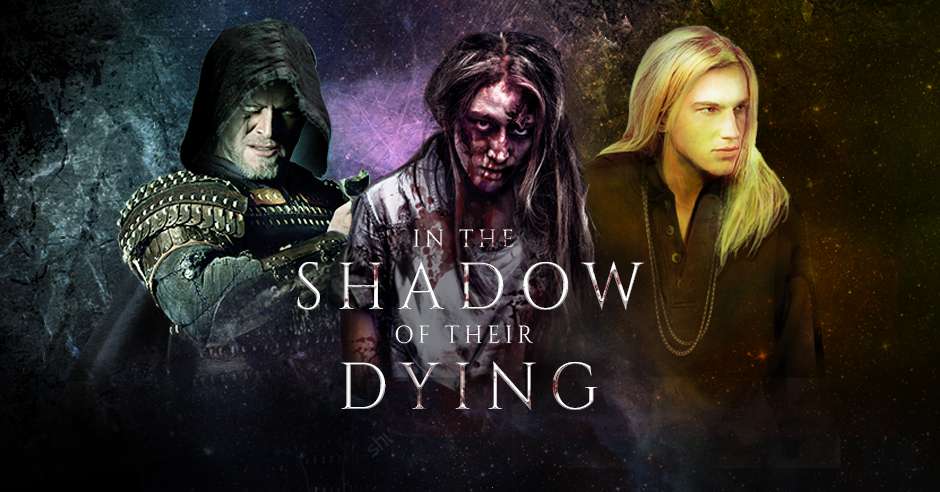 Mark Lawrence is innocent! Free the Grimdark One!

My name is Anna Smith Spark, and in my brief moments of lucidity I have this delusion that I’m an epic fantasy author called THE QUEEN OF GRIMDARK. My therapist has suggested that this may indicate I have some serious issues around i) status anxiety ii) attention-seeking behaviour and iii) the caps lock key on my laptop, but I made it clear to him that THERE IS NOTHING WRONG WITH THE CAPS LOCKS KEY ON MY KEYBOARD, I PRESS ‘SHIFT’ WHILE TYPING, ACTUALLY, IF YOU MUST KNOW, then left him lying face down on his couch with an axe buried so far up his nethers his guts were hanging out of his mouth. Anyway, the God of Grimdark gave me this damned title, you can see it on the cover of one of my books, and do you have any idea how embarrassing it is being stuck with it, I mean, you try complaining to Ocado they sent an underripe avocado again this week when that’s your twitter handle?

But I may digress.

Your good self, the editor of this esteemed publication, did me (ME!) the singular honour of inviting me to collaborate on a serial story for said publication, writing alongside that upright and upstanding fellow Michael R Fletcher, or possibly Dyrk Aston I’m no longer quite clear on this point. The initial brief, such as it was, was ‘write a story in series form’, but Fletch and myself quickly found this far too constricting on our artistic vision and reached an upspoken agreement to flail around without any idea what the storyline was or what the characters’ motivations were, trying to outdo each other on body count, crude sexual innuendo and the out-and-out disgusting instead. And what a vision! The whole thing was flowing like a seventeen year old boy who’s just been given a picture of a totally hot topless nun. High jinks!

Then I got sick.

I’ve doubted my own health and wellbeing since that fateful day, several years ago now, when I sat at my desk in an anonymous office off Whitehall, fellow workers wandering past regardless, arguing the case for why the baby-killing scene in The Court of Broken Knives is necessary for the characters’ psychological development and a comment on cruel chance and bleak human reality, better it was perhaps for that child not to live what if it had grown up to be another Hitler hey you don’t know that do you those guys totally saved the world, man, be grateful, and not the casual piece of grotesquery some have suggested, and was then able to stand erect, arms raised above my head in triumph, to shout ‘I am with the same literary agency as Peter Ackroyd’, to total disinterest, mutters of  ‘who’s Peter Ackroyd?, and a lady from HR suggesting I sit down and have a cup of tea, pet. Glorious days, yes indeed! But from thaT day (that was the effing caps lock key), from that day a maggot of doubt has gnawed its way through my heart and my soul: what if none of this is real? What if the book never existed, my literary agent, my publishing deals, everything, is but a figment of my imagination? I’m dying somewhere after being hit by a bus crossing the road to buy a Pret coffee, and in my last moments my never entirely stable brain has fantasised all this. Any moment now JRR Tolkien will turn up to oversee why GCSE French exam and I’m going to look down to realise I’m stark naked, and then they’ll switch the life support off. My physical health’s never been great either. <Possibly> and I say this apropos of absolutely nothing, possibly, it’s been suggested, because I’m always fretting about weird random stuff.

But this was different. Slowly, over the course of the last year and a bit, I couldn’t write. First I was just tired, not able to write in the evening, stopping after a few hours to lie down and sleep. Then my physical ability to type started decaying, fat fingers mistyping every word, unable to remwmber ho2 to spell anything, words the place inwronge typed.  Then I couldn’t think to write. Then I had no interest in writing.

But I had no idea anything was wrong. I was tired, grouchy, depressed because the writing wasn’t going well – I mean, that’s not exactly unusual, right? Show me a writer who hasn’t had dry periods like that, and I’ll show you a liar. It was just …a thing. A blip. I just had to pull yself together, keepo writingeven as it ended uplookimng this like making nense.

And so it might have gone, for ever, until, with hindsight fortunately indeed, one bright lovely afternoon at FantasyCon Clydeside when I collapsed in the middle of totally winning a panel on Grimdark Versus Hopepunk. I almost projectile vomited over the hopepunk author, which, also with hindsight, would have been pretty on-brand. The world was swimming, I was pouring with cold sweat, I couldn’t see or speak. Fortunately, Thomas Piety was on the panel next to me and carried me off stage and up to my bedroom, where I lay in the dark shaking and chewing on a leading horror reviewer’s ginger nuts.

All of which is a very long-winded way of leading up to the moment I finally messaged your fine self and that reprobate Fletcher to confess I needed some time off from the writing business.

You were cruel, obviously. Outraged. Furious. Disappointed. What else could I, the Queen of Grimdark, expect from the editor of Grimdark Magazine and the legendary cult God of Grimdark? [Not that Fletch would try to blame the creator of my darling Jorgy boy, certainly].

But I played my trump card – the GP wanted to do full body investigations. Life-changing medical conditions were being discussed. I found myself one morning lying face down on a table, wearing nothing but a hospital gown and a pair of plastic easy access knickers, trying to pretend a not-unattractive doctor wasn’t sticking a camera up my arse[1]. You immediately told me to take all the time in world. Also to swear on my sword and my red right hand that I’d never mention any of the above again if we all live to be a thousand.

I went away and spent several months not writing. Not sitting down much. Turning pale and trembling if anyone asked for a selfie.

And now, finally, THE RESULTS ARE IN. And it turns out that I am on the coeliac spectrum. Which is kind of like the autism spectrum, only with fewer anti-vax nutters telling me it’s all my mum’s fault for not letting me die of measles at a young age. All those cakes I’m been troughing down on over the years, the plates of chocolate brownies that get me through a good fight scene, the piles of biscuits gorged late at night when the light fades and my inspiration grows dim …. Hatha. Knife blades. I might as well have been drinking a litre of firewine every evening. MR KIPLING, THAT ADIPOSE BASTARD, HAS BEEN POISONING ME MY WHOLE DAMNED LIFE.

Mark Lawrence is blameless. Forgive him. The fault lies in an ear of motherfucking wheat.

I haven’t eaten gluten for two months now, and by all the dark gods I feel better for it. Curse those gods. I’d sell my soul to Lord Unicornsandbunnyrabbits the Sunshine God of Noblebright for a slice of chocolate cake. AND I’M WRITING AGAIN. THE SERIES WILL BE WRITTEN. DICK JOKES WILL BE TOLD. MANY, MANY INNOCENTS WILL DIE. A COUPLE OF GUILTY PEOPLE MAY EVEN DIE. I’ve seen things you people wouldn’t believe. A not-unattractive doctor take a biopsy of my lower intestine with what under magnification looked like a pair of bolt-cutters, for one. Thus, like that topless nun, inspiration rises again.

And so my confession is written. My desperate appeal for sympathy votes in all major fantasy awards loosed upon the world in black and white. I can only apologise for the delay. And suggest that the Neolithic Revolution was overrated.

[1] He gave me a real-time review of my lower bowel. And I’ve made it an iron rule never to read even positive reviews of my books. He concluded that it looked ‘good’, and two thousand years of patriarchy made me reply ‘Really, it’s nothing special. There are a load of other women out there with far better colons than I have.’

Anna Smith Spark is the author of the critically acclaimed, Gemmell and BSF awards shortlisted Empires of Dust grimdark epic fantasy series The Court of Broken Knives, The Tower of Living and Dying and The House of Sacrifice (HarperVoyager UK / Orbit US/Can). Her favourite authors are Mary Renault, R Scott Bakker and M. John Harrison. Previous jobs include English teacher, petty bureaucrat and fetish model. You may know her by the heels of her shoes. www.courtofbrokenknives.org Twitter: @queenofgrimdark Facebook: Anna Smith Spark