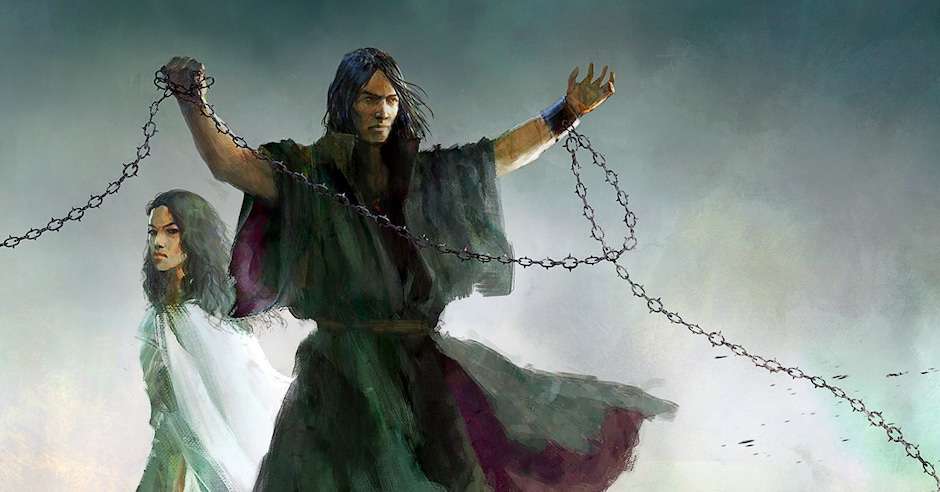 The indie fantasy market is something that has been very good to grimdark authors. It provides a global audience for those who want to tell stories that might not be right for traditional publishers. I’ve been very lucky to not only find a bunch of great novels but meet some great authors as well. These are great works, though, that I think grimdark fans would be lucky to check out.

Mini-Review: Paternus is not a book that I normally think of as grimdark as it is a grandiose tale of gods versus monsters that has been occurring behind the scenes for much of human history. However, the protagonists turn out to be more of the brutal and dark side of mythology. Heroes and villains mix in a story that I feel is just plain awesome to read.

A Wizard’s Forge by A.M. Justice

Mini-Review: Not every fantasy story needs a lot of swearing, ultra-violence, and sex to be grimdark. A Wizard’s Forge is a work that deals with an interesting and underused plot device in Stockholm Syndrome. The protagonist is kidnapped, sold into slavery, and then gaslit until she’s genuinely in love with her captor. Thankfully, she’s also in hate and manages to escape to a country without slavery. However, the scars from her condition remain with her and cannot be easily excised.

Chains of Blood by M.L. Spencer

Mini-Review: Chains of Blood is the first book of the sequel series to the awesome Rhenwars Saga. I very much enjoyed the Rhenwars Saga and recommend it but you don’t need to have read it to enjoy this work. A young farmer has his family murdered by a mysterious cult in the middle of the night, only to force him to swear an unbreakable oath of allegiance to his tormentors. He then finds out he is the heir of a powerful magical bloodline just as the region is invaded by a sinister hive-mind of warriors that enslave all wizards. The moral ambiguity of the protagonist is the most interesting work here and how the various sides are all thoroughly repugnant but there’s no way to go it alone.

Mini-Review: Mercury’s Son is a dystopian science fiction novel that I absolutely love. The Earth’s environment has been destroyed by a war that has left it under the control of a Luddite cult. The cult is incredibly hypocritical, though, and employs a cyborg assassin who has no memory of his past. This is a solid grimdark story of a more Blade Runner-esque influence than most. I really liked the protagonist and think it works as both a mystery as well as science fiction epic.