ARTICLE: The Pandemic as a Universal Horror by A.M. Shine

She staggers down a suburban street. Her left foot has been limping since the knife sank into her thigh, but it’s the blood loss that’s slowing her down, making her weak. He’s still following her, keeping that signature slow, steady pace of his that never quickens. The stars above are lost to the streetlights. She’s screaming between breaths, or at least she’s trying to. Her throat is already raw. Lights awaken in the houses on either side. Silhouettes peer out between curtains. Doors lock instead of opening. She hasn’t the strength to keep running. No one knows what they’re dealing with, only that the virus is highly contagious. Anyone could have it. Anyone could catch it. And it could be months before they’ve developed a vaccine. The safest thing, everyone’s been told, is to stay inside and isolate. And so their doors stay shut. The killer is close enough now that she can see his facemask. Everyone’s wearing them. It could be someone she knows. She shields herself with her bare arms when he raises the knife, buying a few more seconds. The pain is blinding. Any other year, and she might have made it as far as the credits like a bona fide final girl. 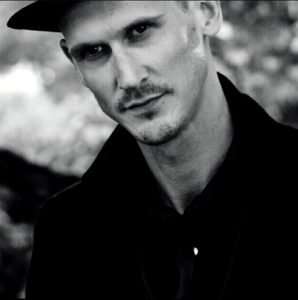 Horror has always been a socially responsive genre. As fears change over time, so too does their influence on popular culture. Slasher films were a reaction in the 1970s and 1980s to reports of serial killers across America. And as travel became cheaper and the world more accessible in the early 2000s, horror transferred to foreign countries. The lure of adventure and the promise of some lost paradise duped backpackers into losing their organs or their lives, or both. Few other genres have kept their vulture eye on the world quite like horror has, always seeking inspiration in the darkest of places.

2020 will forever be synonymous with society’s struggle to contain and counter the spread of the Coronavirus. Our helplessness was universally felt. No different from the black death or the Spanish flu, the shared threat upon our lives was unseen and ubiquitous. Its asymptomatic tendencies served only to bolster its lethality. Had it worn a mask – such as the red death in Prospero’s abbey – it could have been more easily identified and evaded. But it masqueraded instead as the healthy, infecting indiscriminately, killing the weak, and inevitably enforcing a lonely mode of existence that led many to suicide. Horror writers were always going to respond accordingly.

Viruses and infectious diseases have long held their own sub-genre within the wider spectrum of horror, commonly post-apocalyptic in setting or relying on zombies to keep everyone on their toes. The Coronavirus, however, stands to grow a branch of its own, though it may be some time before it’s deemed commercially viable. We are currently in a gestation period for the pandemic as an artform. Lockdown fatigue hasn’t yet lifted. Restrictions persist, and in some places tighten. Memories of the losses and hardships incurred are still too fresh to be cultivated into something resembling entertainment. As reading is a form of escapism, it begs the question why anyone would want to escape back into the worst global crisis since the second world war. But for those who dare, how can it be done?

The pandemic must be treated similarly to the dramatic principle of Chekhov’s gun, in that it should only be chosen as the time period if it’s relevant to the story being told. Those fears that flourished in 2020 must be present and active. Restrictions, too, especially in urban centres should be factored into the narrative or else it will read like any other year. This might not seem especially interesting on the surface. But within these social constraints lies the opportunities. What exactly can the horror writer take from them and use to their advantage? The answer is, quite simply, everything.

Courtesy of tinfoil hats the world over, there are myriad conspiracy theories muddying the truth of the virus. Never has misinformation been more rampant than it is in our present day. Confusion and misdirection are just some of the writer’s tools best whetted to capitalise upon it. The fear here lies in the familiar trope of the unknown, and the creeping suspicion that all we think we know is a lie (common to any horror sub-genre).