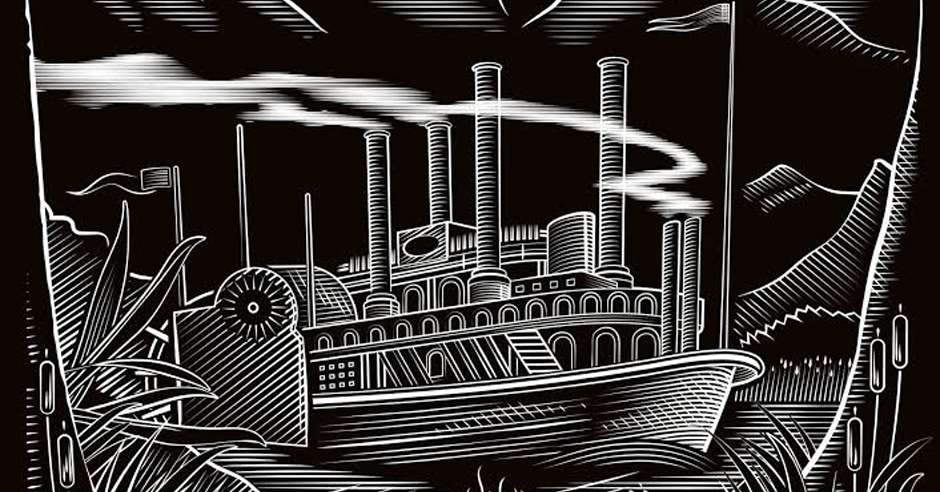 Part alternate history, part western, but all fantasy, The Incorruptibles by John Hornor Jacobs is something different that jumps up and bites you like a rattlesnake you never saw coming. 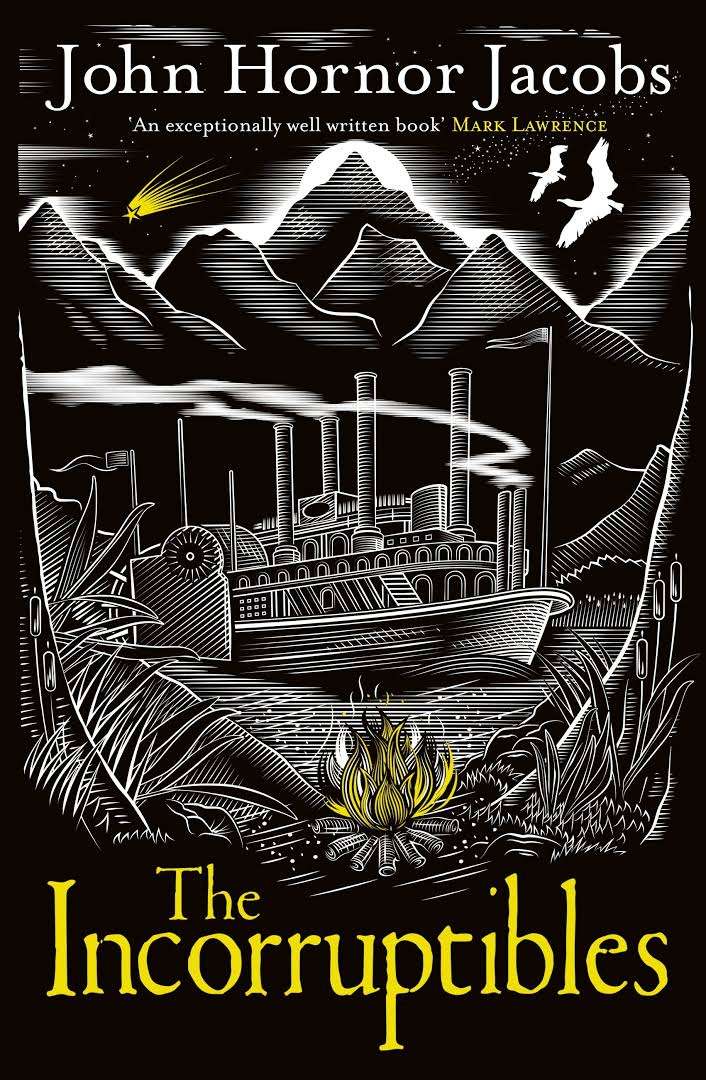 Our storyteller is Shoestring, a half dvergar (dwarf) who’s been partners with gunslinger, Fisk, for over a decade. Their current job has them outriding alongside a Rumen steamship called the Cornelian. If the word “Rumen” looks familiar, it’s because Jacobs has taken much of ancient Roman civilization and put it smack dab in what could just as easily be the American West.

But this land, the Hardscrabble Territories, is a tough and untamed place, filled with savage elves they call “stretchers” that stand eight feet or more and love to scalp and devour any unlucky enough to get stranded out in the wilderness.

It’s these stretchers from whom Fisk and Shoe have to protect the Cornelian and her passengers, namely, Governor Cornelius, his children, and the engineers that operate the demon-powered boat.

Oh, yes. The Rumens have made use of demons to power their engines, light their lamps, and even Fisk’s bullets contain imps that leave flashes of their wicked forms as the bullets fire from the barrel. It’s one of the reasons Shoestring refuses to arm himself with anything but his trusty blades. Shoe’s faith in his deity Ia, and his desire to keep his soul clean, leaves the gunwork to Fisk.

But the Cornelian has another aboard her that Fisk and Shoestring hadn’t counted on, a young foreign woman whose welfare is the key to either peace or war. When a fellow mercenary falls in love with the girl and runs away with her, it’s up to Fisk and Shoe to see her back to the ship safe and sound. But time is short, and there are stretchers about.

This is John Hornor Jacobs’s sixth book and the first in a new grimdark series. John’s first novel Southern Gods was shortlisted for the Bram Stoker Award, and his horror roots have wonderfully trickled into his fantasy work. There’s a raw sophistication to John’s writing that is simultaneously eloquent and to the point. The narrative is slow in parts, but still engaging, reminiscent of the river the Cornelian chugs along. Shoestring’s voice is one readers will love and resonate with. It’s through him we care about Fisk, sympathize with the stretchers, and are wary of demons.

With an audio book, you have to acknowledge great voice work, and Steven Pacey did a phenomenal job, giving variable life to each character. Fisk sounded almost like Clint Eastwood, which added a nice spaghetti western splash of color.

Whether you choose audio, digital, or a paper copy, you can’t go wrong with this fresh grimdark tale available from Gollancz.