Barbarians or Philosophers? What Psychology Has to Say about Grimdark Fans and Their Dark Obsession 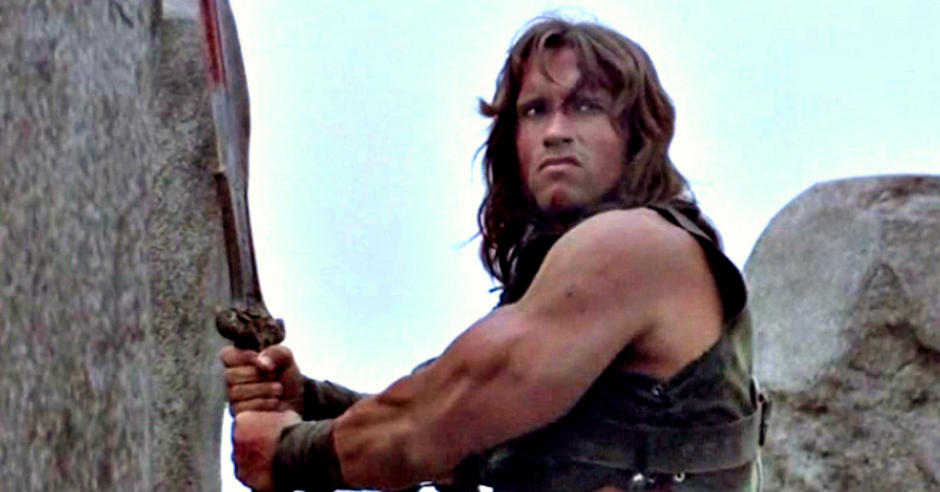 We grimdark readers and writers are often written-off as the dark creatures hiding in the caves of fantasyland, eager to feast upon depictions of horrible gore, morally reprehensible characters, and pointless violence.  Why would we prefer what some bloggers have written-off as “splatterporn” and “a beast that will devour our souls if we let it” (Simon 2013 [references at end of post]), when there are works of heroic fantasy that have none of the questionable morality, grit or violence endemic to grimdark fantasy?

To this end, I recruited PhD candidate Victoria Bridgland of Flinders University, who studies cognition, emotion and fear responses, and we’ve put together a miniature literature review to help us answer this question. This article is by no means intended to be a comprehensive review of responses to violent entertainment. Instead, the purpose of this article is to discuss some of the recent advancements in this field of study and how they can help us understand why readers may be attracted to grimdark versus other forms of fantasy entertainment).

While at first it may appear that the allure of grimdark is in its cheap, violent thrills, Ms Bridgland and I propose that there’s a deeper reason that so many are drawn to darker, more morally ambiguous fantasy. Through looking at current psychological research, we hope to establish why grimdark fans might enjoy grimdark fantasy over more traditional heroic fantasy, and what differences there are between those who love grimdark and those who don’t like it. It’s our hypothesis that grimdark fans gain a deep fulfilment and enhanced personal well-being by engaging with grimdark fantasy, and that their particular dispositions mean that the violence common to grimdark doesn’t detract from this deeper engagement, but enhances it beyond simple thrills.

Opponents of grimdark have long written off our brand of fantasy as shallow and filled with ever-increasing amounts of grit and violence in some kind of arms-race to discover who can be the most shocking. For instance, Jesse (2013) accuses grimdark writers as saturating their works with sex and violence in order to achieve ‘cheap sensationalism’ in order to entice readers to buy books. Further, Simon argues that more wholesome forms of fantasy are being replaced by an ‘unending, ever-increasing, bloodshot craving for the pleasures of torture and the pornography of pain’. Similarly, a blogger by the name of ‘the G’ (2013) states that grimdark contains gratuitous violence that ‘exists primarily to push the envelope and to shock, titillate and excite (usually male) audiences’.  Are these writers correct? Why would grimdark readers willingly approach and, in many cases, enjoy portrayals of seemingly senseless violence, bloodshed and aggression? Notable grimdark authors utterly disagree: Michael R. Fletcher (2015) states on his blog that he ‘certainly didn’t’ set out to write grimdark, and that he wasn’t even aware of the subgenre when writing. He just wrote the book he wanted to write. Fletcher reached out to other authors, including Django Wexler, Anthony Ryan, Marc Turner and more, who all rejected the idea of writing in some sort of grim arms race, and none of them said that they set out to intentionally write grimdark. Joe Abercrombie takes this further in his essay The Value of Grit (2013), by suggesting that grimdark adds realism to fantasy, and points out that grimdark literature doesn’t stick to the dark end of the spectrum, but allows the inclusion of dark content, which is of course necessary when exploring the full range of the human condition. He says that ‘one person’s disgracefully titillating torture porn can be another’s searing examination of how far one might go to get the truth’Blogger Aiden Moher (2012) summarized the point well in his review of Mark Lawrence’s oft-denigrated as ‘too violent’—Prince of Thorns, stating that ‘Prince of Thorns is a dark novel and often hard to read, but by the end it’s not dark for the sake of shock value, or dark simply to allow Lawrence to explore some sick part of his soul; rather, it’s dark because exploring those lightless depths is central to the core themes of Jorg’s story.’ This argument has raged for some years, but so far both sides present evidence that is purely anecdotal, opinionated, and speculative. Therefore I set out to discover whether there is any empirical, psychological research that might illuminate the issue in a more objective way.

So, what evidence exists to suggest that grimdark fans are indeed bloodthirsty creatures in search of sadistic spectacles of shock and horror? For many years, it seemed that the answer to this question was that some people tolerate graphic depictions of violence and deplorable moral acts as a source of amusement, thrill, and suspense. Zuckerman (1979) for instance famously identified the personality trait dubbed sensation seeking, whereby individuals take risks for the sake of varied, novel and intense sensations. For these people, discomfort caused by negative stimuli is reinterpreted as feelings of pleasure and arousal. Alternatively, Zillmann (1980) argued that individuals endure aversive events because they understand that positive feelings of relief are enhanced in the aftermath by the remaining psychological arousal.

More recently, Andrade and Cohen (2007) found that for individuals who enjoy horror films a coactivation of both positive and negative affect is present when watching. That is, for people who reported liking horror films, both positive and negative emotions increase when watching, while those who said they disliked the genre reported an increase in negative affect only. But why would someone endure negative and positive emotions if they could expose themselves to sources of positive entertainment only? Andrade and Cohen offer a potential explanation for this;\: it may be that negative affect is a guaranteed source of psychological arousal that is converted into positive affect and enhances positive emotions. Alternatively, viewers who like horror may experience levels of uncertainty and curiosity that produce a more overall pleasurable experience than that derived by purely positive affect only. This may help explain why someone would prefer grimdark over traditional fantasy which may be a more obvious choice for a source of strictly ‘pleasant’ entertainment. It may be that grimdark readers, like those who like horror films, seek the guaranteed source of arousal that is provided by the negative themes, and that this arousal enhances concurrent feelings of positive affect, which seems to support the notion that grimdark fans do in fact just enjoy the cheap thrills provided by violence.

However, recent literature suggests that this may not be the whole story and that motivations for the consumption of negative entertainment may not be so simple.  Specifically, Oliver and Raney (2011, p.985) make the distinction between a purely hedonistic motive—derived from pleasure—and one motivated by ‘eudaimonic appreciation’—a state characterised by the desire to elaborate on thoughts and feelings and to “search for and ponder life’s meanings, truths, and purposes”. Aptly dubbed “truth-seeking”, eudaimonic forms of entertainment are focused upon realistic and socially relevant topics which force the viewer to confront painful truths about the self and reality (Bartsch & Schneider, 2014). For instance, Oliver and Hartmann (2010) found that participants who viewed dramas and more serious films—opposed to comedy or action films—“reflected on the value and fleetingness of life, the importance of human virtue and endurance, and the inevitability of sadness, cruelty, and pain