Well, it’s been a hell of a year. Pretty much everything has been a little bit rubbish except for 2020’s book releases–so it’s time for Grimdark Magazine’s best SFF books of 2020. We have a decent mix of fantasy and sci-fi, and even some urban fantasy. Something for everybody, picked by our team of reviewers.

Without further ado, in no particular order, I give you our best SFF books of 2020. 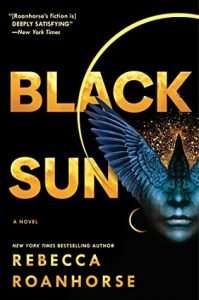 A rare and wonderful fantasy novel, Black Sun is one of the best books to be published in 2020. This thoroughly impressive work could stand alone, but the author has more books planned in the Between Earth and Sky series.

Read the rest of the review here.

In the holy city of Tova, the winter solstice is usually a time for celebration and renewal, but this year it coincides with a solar eclipse, a rare celestial event proscribed by the Sun Priest as an unbalancing of the world.

Meanwhile, a ship launches from a distant city bound for Tova and set to arrive on the solstice. The captain of the ship, Xiala, is a disgraced Teek whose song can calm the waters around her as easily as it can warp a man’s mind. Her ship carries one passenger. Described as harmless, the passenger, Serapio, is a young man, blind, scarred, and cloaked in destiny. As Xiala well knows, when a man is described as harmless, he usually ends up being a villain.

Crafted with unforgettable characters, Rebecca Roanhorse has created an epic adventure exploring the decadence of power amidst the weight of history and the struggle of individuals swimming against the confines of society and their broken pasts in the most original series debut of the decade.

Harrow the Ninth by Tamsyn Muir 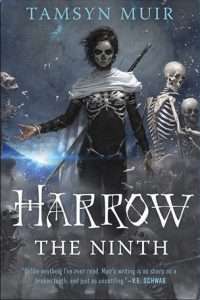 More of the bri