Can Magic be Science by another name? 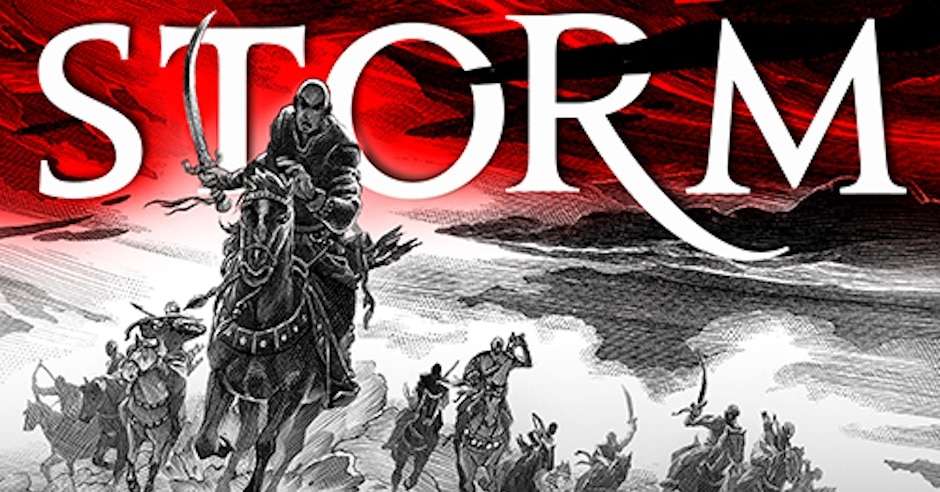 The fantasy of my reading youth all fell into the category we would now call ‘soft magic’. It had no rules and no structure beyond the occasional dusty tome or wizarding school. If someone had asked me to explain the magic systems of Tolkein’s Lord of the Rings or The Belgariad by David Eddings, I couldn’t have done more than point to the places in the narrative where magic existed. I could see it, I knew it was there, I just couldn’t explain it.

This reinforced a childhood full of the unexplained; wonderous magic that lives in fairytales, where some animals can talk and others can’t, houses made of gingerbread somehow survive the weather and a witch seems capable of doing whatever they like so long as it is required by the narrative.

It meant I grew up thinking magic = the unexplainable. That in order for it to be magic, it had to have no rules.

So when I first tried to explain my fantasy world to someone back in the mid-2000s, I told them it had no magic.

Them: “Then how is it fantasy?”

Them: “Wait, do you mean you’ve written historical fiction?”

Me: *increasingly sweaty and panicking that I’d wasted a lot of time* “No! At least, I don’t think I’ve ever read about someone in history who could speed up time or reanimate the dead. I think I’d remember that.”

Me: “No, it’s a malfunctioning reincarnation system unlocking disused areas of the brain. Although they don’t know that by this time in history because their soul science isn’t advanced enough.”

It wasn’t the light bulb moment it ought to have been however, as it took many years before I could confidently use the word ‘magic’ to talk about my world. Because like Arthur C Clarke said: “Magic’s just science that we don’t understand yet.”

One day, when I write about the future of this world, it won’t be considered magic anymore.

So what is Soul Science?

A relative of mine once spent a considerable chunk of time talking about being regressed through past lives and how each one had left a lasting effect on her soul. The concept had never come my way before, and though I struggled to believe it as fact in the real world, I started to extrapolate what it might mean were it true.

What if every soul was reincarnated a certain number of times before taking knowledge back to a creator? They might not have memories, but would they gather wisdom? And what would happen if something went wrong a soul came back too many times?

And so I built the magic system I never knew I had.

In my world, reincarnation is the basis of life. Every soul is reincarnated seven times, learning along the way such that a ‘one’ is simple and a ‘seven’ is the sort of person you would describe as an old soul. For the most part the reincarnation occurs without issue, but as with all systems there are anomalies, and these anomalies are the source of the magic.

The over-reincarnation of everyday souls unlocks psionic abilities. They become increasingly rare and increasingly powerful as reincarnations range from eight times up to fourteen, from Prescients (eights), to Empaths (nines) and Timeburners (twelves)

Sometimes a single soul is born into two bodies, or two souls are born into one body. The latter is called a Deathwalker, and it’s one of these you’ll find in the pages of my most recent book, We Ride the Storm.

Cassandra is a Deathwalker. She is one of two souls trapped within the same body. For a long time she thought the other soul just an annoying voice in her head she could not escape, because as the dominant personality she never gave it space to flourish.

The reason for the name is that a soul is needed for a body to function, and having a ‘spare’ inside her, dead bodies call to her like empty vessels. Empty vessels that can be temporarily filled.

The following excerpt is from the first time they consciously choose to use this ability in combat: 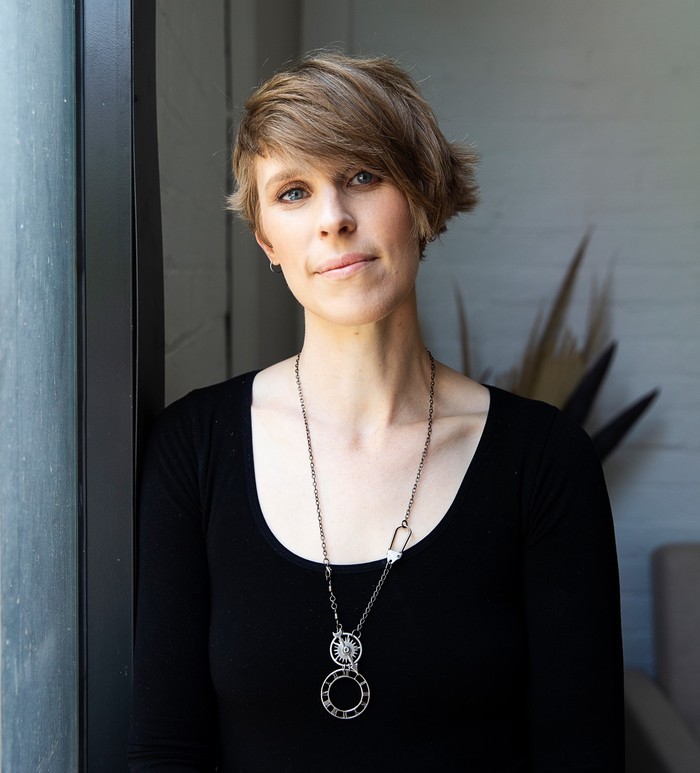 I dropped beneath a blind thrust and caught one of the remaining two guards a jab in the crotch. He joined the young man howling on the stones as the fifth and final man edged toward the door. There a pause for breath, a single moment of peace within a battle, and without dragging my gaze from my assailants, I gripped the commander’s dead hand. The call of death ceased as She bled out through my skin.

“Being dead feels worse than being fucked by fat merchants,” he said and even the young man bleeding out upon the floor grew whiter still, his mouth twisting in horror. With a scrape of buckles and boots the commander rose to his feet and every surviving soldier stared at him over my head.

“You’re all staring at me,” he said, the note of amusement hard to ignore. “Haven’t you ever seen a dead man walking before?”

She walked the man’s body forward, and when its silk surcoat brushed my arm I shivered. The man had been dead and now he walked again. Talked again, the voice the same just not the soul.

I glanced at his profile, at his unchanged features and the open wound in his neck, and a pair of all too knowing eyes stared back. Then She moved on toward the centre of the room. No weapon. Just a far too confident swagger. She was as bad as the young guard, all big dreams and no experience.

She didn’t turn, but with the commander’s hand she drew the commander’s sword, the sort of thing the real man would never have been stupid enough to do. The threat of a blade, however ill held, spurred the remaining guards to movement. One of them made for the door in a panic only to trip over my foot and tumble headfirst into a welcoming blade. The other launched himself at his former commander and buried his dagger up to the hilt in the dead man’s eye. She grunted, more with annoyance than anything, and pushed him away, the awkward move managing to slice the man’s groin.

As his comrade landed on the stones beside him, the youngest soldier shouted for help. I snatched the sword from Her hand and plunged it into his throat, ending his shout in a gurgle of air and blood and a final hiss of death.

“What are you?” the last guard said, gripping the gushing wound in his groin. “I saw you die.”

She pulled the dagger from her own dead eye with a grunt as running feet came along the passage. Two, maybe three men. I growled. “Kill this one. I’ll get these.”

“No.” The commander’s hand wrested the sword from mine and I let it, the touch of the still warm but all too dead flesh making me shiver again. “I’ll do it.”

No time to argue. She strode out wearing her commander-skin and the footsteps halted in the passage. Alone in the sudden silence of the room, the dying guard and I sucked simultaneous breaths and let them go. “What is he?” he repeated. “What are you?”

“Monsters,” I said, hefting a dagger that seemed suddenly heavy in my hand. “I’m sorry.”

I slit his throat and the words ended in blood pouring over my hand.

Voices sounded outside. A soldier walked in, followed by a second. They both halted on the threshold, taking the scene in at a soldier’s speed. Before the second could move, a blade appeared through his chest. The other almost got me before I got him, and his corpse joined the others in a mess of blood and flesh upon the floor.

A sob welled up from the depths of my soul.

“Cassandra Marius crying?” the commander jeered, though I knew they were not his words. He was long gone now, never to return.

“Fuck you,” I said. “That was messy and hideous and we’re running out of time. And that last one nearly got me. Was that the plan? Get me killed so we both have dead bodies?”

“No, you were meant to be ready to get him as he came in.”

“Oh yes? Where was that in the plan?”

I glared at the widening eye before me, some sort of realisation dawning behind it and its gouged-out brother. “Fuck,” She said. “You can’t hear me if I don’t speak out loud when I’m out here.”

“Yeah, I thought that was kind of obvious.”

Blood oozed from her glaring eye socket. “I’m not exactly used to this, all right?”

“Just like you’re not used to using a weapon. Swords are for big open areas, not confined little rooms, all right? And even so you’re better off keeping to fists and daggers and dirty tricks.” I looked around at the dead bodies. “We need to get out of here before more come. We can pretend like you’re marching me out. Just… wrap something around your eye. We have to move.”

Devin Madson is an Aurealis Award-winning fantasy author from Australia. After some sucky teenage years, she gave up reality and is now a dual-wielding rogue who works through every tiny side-quest and always ends up too over-powered for the final boss. Anything but zen, Devin subsists on tea and chocolate and so much fried zucchini she ought to have turned into one by now. Her fantasy novels come in all shades of grey and are populated with characters of questionable morals and a liking for witty banter.

Get some grimdark spirit in your Dungeons and Dragons game

Dune trailer gives a glimpse into the future