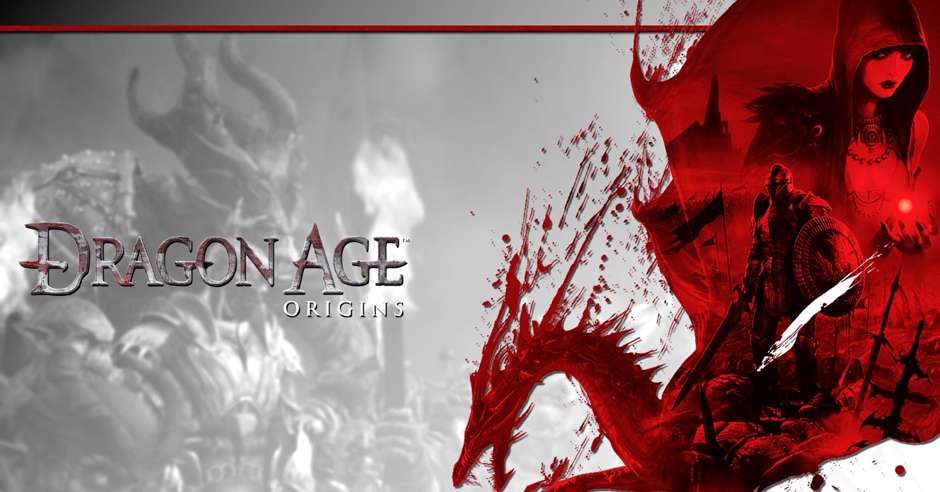 There are a lot of questions about what the best grimdark video game would be. My pick is The Witcher 3 and, to a lesser extent, its predecessor, Assassins of Kings. This isn’t a controversial choice. What the best games are after them are up for debate: Telltale’s The Walking Dead, Dark Souls, The Wolf Among Us and Metro come to mind. But, for me, one of the best games in the grimdark category is Bioware’s Dragon Age: Origins (2009).

Dragon Age: Origins, primarily the work of writer David Gaider, exists in a weird twilight between Peter Jackson’s The Lord of the Rings films and George R.R. Martin’s A Song of Ice and Fire. It is also affected by how the player chooses to interact with the game. You can play as a noble and perhaps politically naive hero or you can be a ruthless bastard more interested in their own advancement than in saving the world. All of this determines whether or not you consider Dragon Age: Origins a grimdark game but I certainly think so.

At least the way I played it.

Dragon Age: Origins is a turn-based RPG which occurs in real-time. The premise is you are one of six origin stories (a Dwarf Nobleman, a Dwarf Casteless, a Human Noble, a Dalish Elf, a City Elf, or a Mage). Each of them has its own hour-long or two story before they converge in the main plot: unnatural diseased orc-like abominations called Darkspawn are invading the country from the underground. The player character, whatever his or her origin, is recruited by a Night’s Watch-like organization called the Grey Wardens and soon betrayed so they become the only remaining defense of the kingdom against the Darkspawn. They must assemble an army, overthrow the treacherous usurper Loghain, and defeat the Darkspawn before they destroy the world. 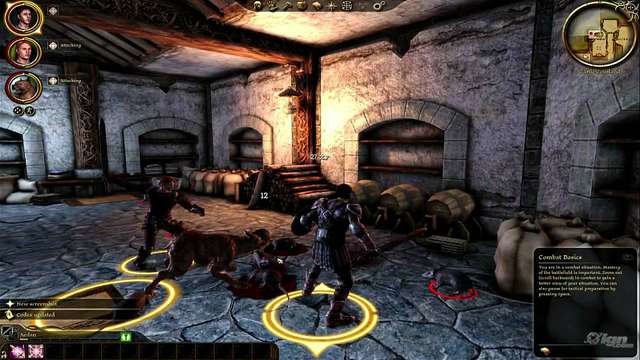 While saving the world is about as far from a typical grimdark plot as you’re going to get, it’s the execution rather than the goal which matters. The game continually beats you over the head that the Grey Wardens do not believe in chivalry or honor in dealing with the Blight. They will commit any crime, violate any oath, or betray any alliance to bring an end to the Darkspawn menace. While you can portray a stereotypical “good guy”, the “best” ending is only possible if you choose to assist a kinslayer and usurper in becoming King of the Dwarves since his rival is an incompetent conservative.

The most traditional fantasy origins are the Human Noble and Dalish Elf origins. While you can still play a ruthless Grey Warden, a better option for those who want a grimdark experience are that of the Dwarven Noble, Dwarven Commoner and City Elf. The City Elven Female Origin is particularly memorable as your wedding is interrupted by human nobles who kidnap guests to rape, resulting in a Kill Bill-esque escape which ends in a bloody slaughter worthy of comparison to Martin’s Red Wedding. The Mage origins are notable for the fact that sorcerers in this setting are treated as little better than Warhammer 40K Psykers. They are kept imprisoned until they are used as weapons against the local religion’s enemies.

What makes Dragon Age work as a setting is the developers, at least until Dragon Age: Inquisition, did not shy away from making the continent of Thedas an awful place. It is a place of extreme classicism, racism, xenophobia, superstition and casual cruelty. A pogrom occurs against the Elves between the City Elf origin and the main game, the Dust District is a hellhole where children are left to die due to the circumstances of their birth, and the nobility includes some truly evil bastards. That’s in addition to the usual fantasy staples of undead, dragons, evil witches and more.

Yet, it is the moral ambiguity of the game which keeps bringing me back to play it. The greatest ally the Grey Warden can have against the Blight is probably Flemeth, a Baba Yaga-esque figure who is known for committing unthinkable atrocities against the locals. One of your most valuable companions is Morrigan whose morality consists of the strong dominating the weak as the natural order of things. The most honorable companion is Sten, a man who murdered an innocent family in a fit of rage and serves an aggressive expansionist totalitarian theocracy. You can also ally with many of the “evil” factions and use them against the Darkspawn to a better effect than the “good”. 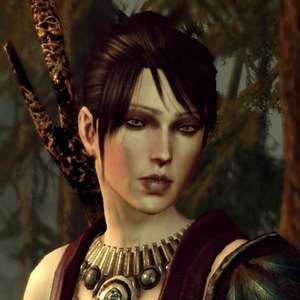 The companions are really the reason which the game is so much fun as each is a “mini-game” to explore the dialogue options. Getting them to open up about their pasts, beliefs and goals is inherently fun. The writing for each of them is excellent with all of the characters being three-dimensional with the exception of Dog the… well, dog. I’m particularly fond of the “power trio” of Alistair, Morrigan and Leliana but I can’t say I disliked any of the remaining characters. You can even romance a good portion of them, which has been a controversial but well-liked part of the Bioware RPG formula since Badlur’s Gate 2: The Shadows of Amn.

The romances between the characters can also be fascinating as everyone wants something different from your companion. For male players, it’s very easy to get involved in a love triangle where every side betrays the other. For female characters, it’s a common accident to ruin your own romance by trying to get your lover crowned king. For others, you simply might get yourself abandoned if you play too loose with their feelings. Unfortunately, most problems can simply be resolved with an appropriate gift. 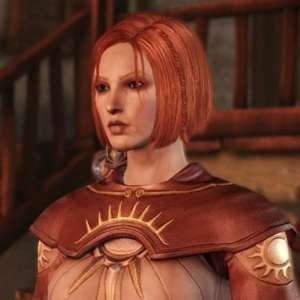 For the most part, playing the game consists of deciding what your companions’ standard attacks will be and unleashing them on the enemy. It’s still perfectly serviceable even if you don’t actually have to do much other than make sure you’re downing a steady amount of potions throughout. There’s also quite a few slogs in the game which could have been shorter, like the Mage Tower and Deep Roads. Despite this, I find the game extremely fun and have replayed it several times.