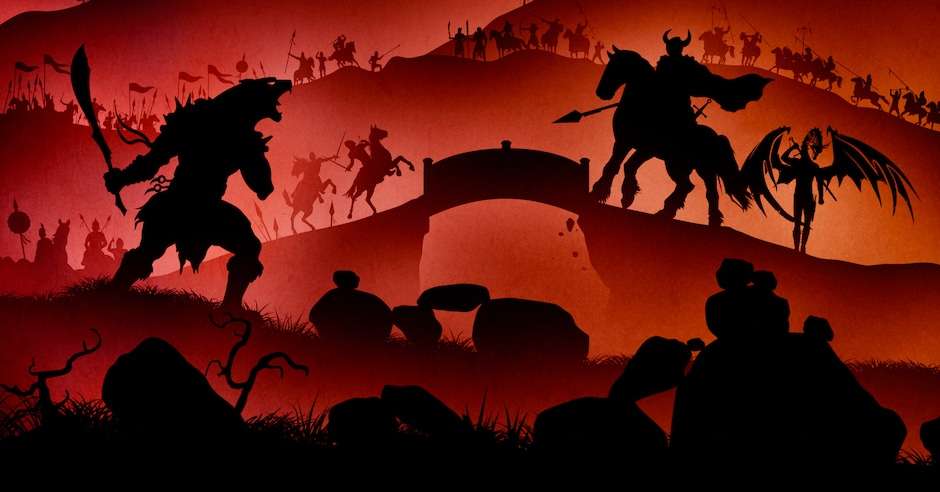 First I’d like to thank Grimdark Magazine for hosting the Plight of Madness cover reveal. I’m excited to have such an important institution to the grimdark world so willing to showcase my work.

Working with Jenny Zemanek at Seedlings Design is everything I ever hoped a cover design process would look like. She’s absolutely brilliant and so committed to producing a final product everyone is happy with. She worked very hard on Plight and all the covers in this series so far, which I hope you agree are well-thought out and well-executed.

Here is the cover for the third book of The Madness Wars series, Plight of Madness. For those familiar with the series, you’ll see one figure you can recognize and two more you’ll have to read the book to find out about.

So, I’ll get out of your way and let you look at the cover. 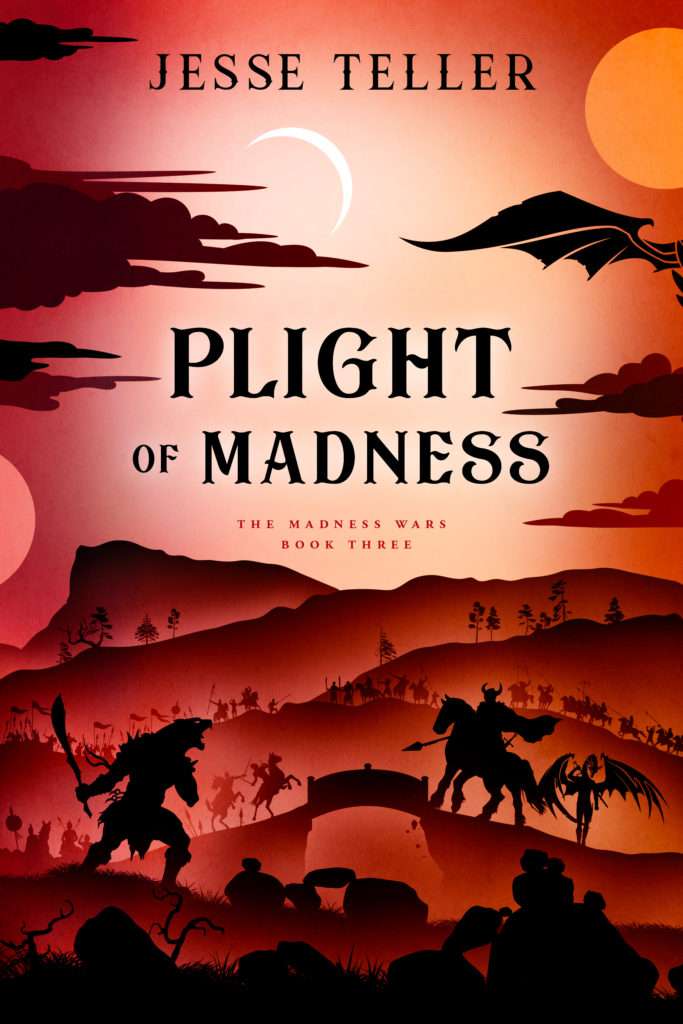 The Drine legions achieve their greatest victory since launching the war, and Tienne seems out of heroes. Simon Bard has fled, the ancient Despelora is missing, and Peter Redfist’s men have scattered. Just when it looks like Rextur will win this war, rumor of an old legend surfaces. Tienne has protectors who should be long-dead. The Sons of Despelora have risen, and the Madness of Drine is not prepared.

The concept behind the covers for the series is to create one complete interlocking panoramic. Here are three of the four covers presented together: 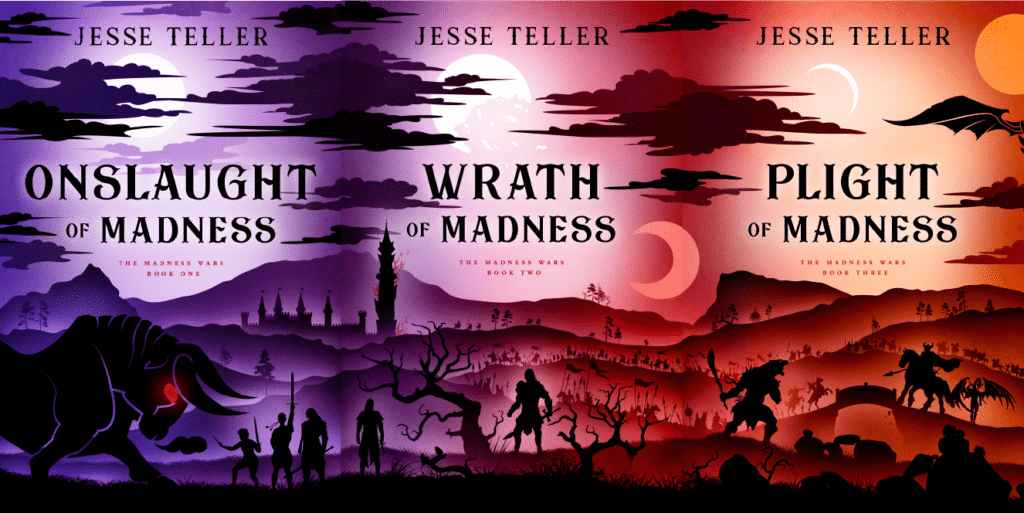 Praise for The Madness Wars

“This grit and grime tale is riveting, something one cannot look away from, not that they would want to!” —Tome Tender Book Blog

“As the individual stories of these people play out in different parts of the nation of Tienne, the reader gets a real variance in perspective within the scope of this conflict.” —Grimdark Magazine (Review of Onslaught and Wrath)

“There’s something that feels very authentic and immersive, as well as both complex and simple at the same time.” —Forever Lost in Literature

Plight of Madness is the third book in a quartet. The fourth and final book of the series, Fate of Madness, is set to release April 15th, 2021.

Jesse Teller fell in love with fantasy when he was five years old and played his first game of Dungeons & Dragons. The game gave him the ability to create stories and characters from a young age. He started consuming fantasy in every form and, by nine, was obsessed with the genre. As a young adult, he knew he wanted to make his life about fantasy. His writing influences include Stephen King, Steven Erikson, Robert E Howard, George RR Martin, Piers Anthony, and Paulo Coelho. From exploring the relationship between man and woman, to understanding the qualities of a leader or a tyrant, Jesse Teller uses his stories and settings to study real-world themes and issues. He lives with his supportive wife, Rebekah, and his two inspiring children, Rayph and Tobin. 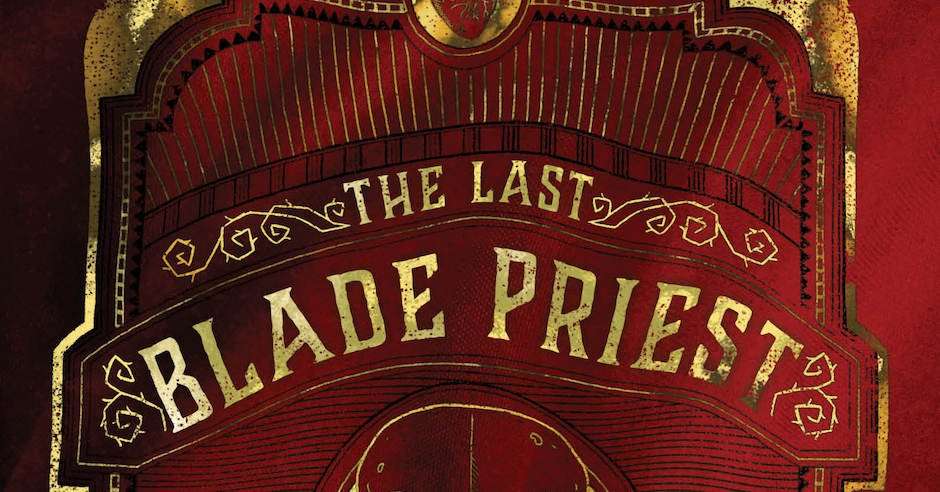