Who is the Grimdark Hero? 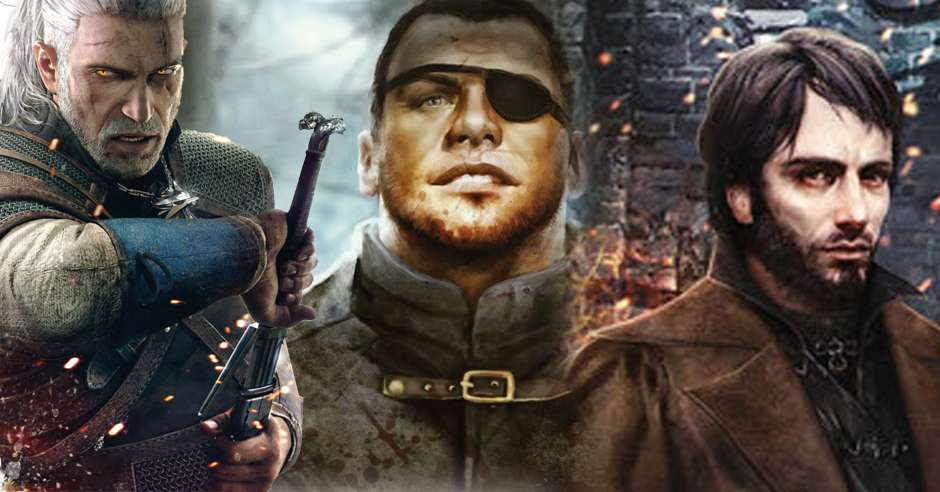 Grimdark is a relatively new subgenre in the world of fantasy and science fiction, having emerged as the grittier, morally ambiguous side of fantasy in the 1970s and ‘80s with the likes of Karl Edward Wagner’s Kane series, Glen Cook’s Black Company, and the Warhammer 40K role-playing games and related literature. It is a creature that has many close relatives, arguably twins, in dark fantasy, low fantasy, and sword and sorcery. However, grimdark is a special breed. It is fantasy which places the hero in the meatgrinder of a world where good and decency are but words or at the very least rarer than unicorns, and then asks, “So now what, hero?”

But who is the grimdark hero?

Does such a creature exist?

As an author with a taste for the genre, I was required to ask myself a simple question: if I’m not going to write about a world where being the good guy works out, then what is the motive for the protagonist? What do our heroes fight for if, taking a look around themselves, they can’t noticeably measure any improvement in the world? Is it just a matter of making their opponents worse off than themselves? Turning those questions over in my mind, I came to the conclusion that answering them would make a pretty good novel in itself.

Nevertheless, I will share some of my thoughts here in this article.

To understand the grimdark genre we have to go back before it was really codified into the building blocks upon which it is constructed. Heroes have always been a collection of saints and sinners if we’ll be perfectly honest.

Gilgamesh, literature’s earliest known hero, was a complete bastard with sex addiction and aging issues. Hercules’ entire history consists of murdering people, then feeling really bad about it, so he murders some more offensive people. King Arthur, depending on the myth, one-upped Herod the infant-slayer and intended to burn his wife at the stake instead of sending her away. Indeed, it’s not until fairly recently people decided that heroes need to do more than awesome things to earn that title; they had to be role models as well—and we all know that just left a vacancy for other kinds of protagonists.

However, speeding things along to the 20th century, grimdark heroes begin to evolve from the protagonists of sword and sorcery: Conan, Elric, and a certain duo operating in Lankhmar. They don’t have much in common. Elric is a civilized sorcerer-nobleman from a decadent, dying civilization, prone to melancholy and physically frail save when using magic or his Chaos-God Sword. Conan is a physically powerful barbarian from a more vibrant, less civilized time who often ends up fighting wizards while wielding no magic himself (save in one instance during The Tower of the Elephant). Fafhrd and the Gray Mouser are a barbarian and thief pairing who practice magic while enjoying the fruits of civilization in-between wilderness jaunts. However, all four share a common trait of being (mostly) good men making the most of a cruddy situation. Indeed, what all of the precursors to 21st century’s grimdark heroes have in common is none of them are actually heroes. They just sort of stumbled into the role, carrying all their faults and flaws.

The first characteristic of a grimdark hero is, by and large, they aren’t fighting to improve the world. There are exceptions to this, of course, but mostly this truism holds fast: the grimdark protagonist is a product of their environment. Conan the Barbarian kills, plunders, and indulges because that’s what barbarians do. Elric is from a society where good is an alien concept, and his chief source of woe is his realization that that’s really messed up. There are idealistic figures in the world of grimdark, but invariably, they are bigger bads than the bandits because the axiomatic nature of grimdark is things don’t get better.

They just get slightly less bad.

This hopelessness in the balance of good versus evil, this yearning to make the world less bad, allows us to accept the grimdark hero, flaws and all. In Andrzej Sapkowski’s The Witcher series, Geralt of Rivia gives a fantastic example of this when he relates his first ‘adventure’ to his silent lover Iola:

‘Where was I? My first noble deed. You see, they’d told me again and again in Kaer Morhen not to get involved in such incidents, not to play at being knight errant or uphold the law. Not to show off, but to work for money. And I joined this fight like an idiot, not fifty miles from the mountains. And do you know why? I wanted the girl, sobbing with gratitude, to kiss her savior on the hands, and her father to thank me on his knees. In reality her father fled with his attackers, and the girl, drenched in the bald man’s blood, threw up, became hysterical and fainted in fear when I approached her. Since then, I’ve only very rarely interfered in such matters.’

It is an impressive summary of just how the grimdark world differs from that of more mainstream fiction, emphasising that things do not always work out for the best and events play out with no regard for the morality of the participants. As the titular character said in the 1982 John Milinus-penned Conan the Barbarian: ‘No one will remember if we were good men or bad, how we fought or how we died. No, all that matters is that few stood against many. That’s what’s important.’ Locke Lamora, protagonist of Scott Lynch’s Gentleman Bastard series, is a con man who possesses no higher aspirations than to continue tricking the absurdly wealthy out of their goods. He’s not even doing it for the money but simply because he enjoys tricking them. We, the audience, sympathize with Locke in his pointless cons and mindless accumulation of wealth because, really, the people he tricks deserve to be tricked (with rare exceptions).

Even so, the best grimdark heroes are also the ones who invite us to sympathize with their perspective and maintain some sort of human hook that we can hold onto while enjoying the ride through their existence. Some lesser authors of the genre fail to keep readers invested in their protagonist because in their desire to shock, they neglect to make the protagonist someone who, actions aside, we want to succe