Dune is a Sci-fi classic, but is it Grimdark? 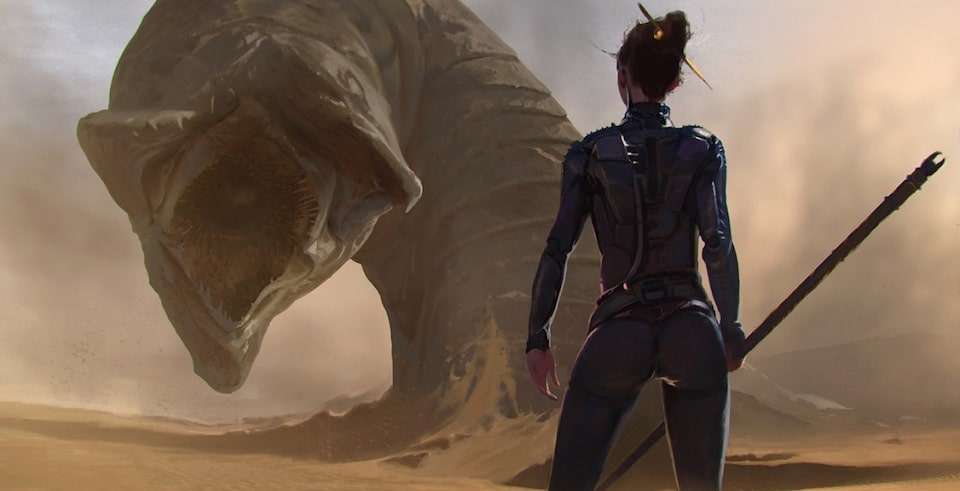 Historically, mainstream science fiction blockbusters don’t qualify as Grimdark. They’re marketed at kids, they’re brightly coloured, have jokes that don’t qualify as ‘dark humour’ and the power of hope is a recurring theme. Dune might just be different and here’s why. Spoilers will follow if you’ve not read the books, so be warned.

On the surface, Dune has all the hallmarks of a traditional fantasy setting. Our prophesied hero leads a persecuted people against the ancient enemies of his house to avenge his father and brings low a corrupt empire.

However, the Dune universe is not one with neat lines of good and bad. Indeed, it’s a significant influence on the archetypal grimdark setting – Warhammer 40k.  It’s got mutants who facilitate space travel and can see the future, a tendency towards feudal & commercial institutions and a prohibition against AI because of a past war against robots.