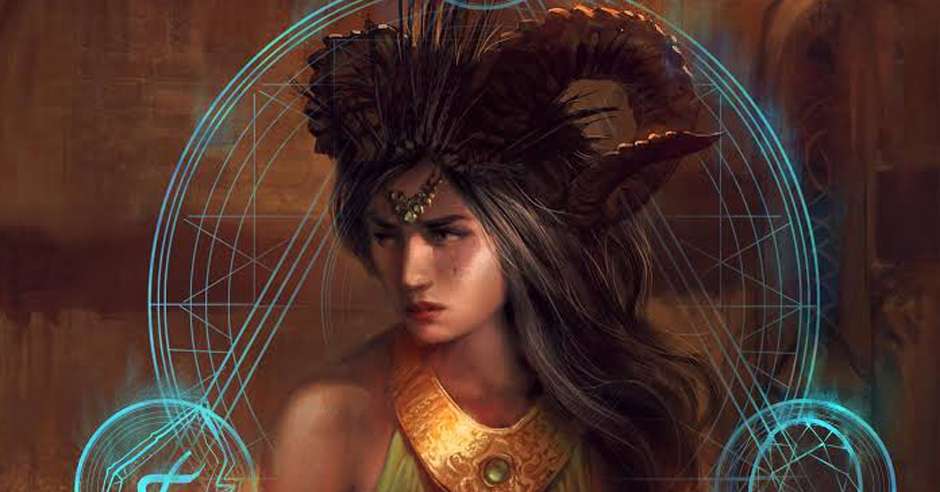 We were ecstatic when Bradley P. Beaulieu put up his hand to be a part of Evil is a Matter of Perspective: An Anthology of Antagonists. In this excerpt we get introduced to Rümayesh, Bradley’s antagonist turned protagonist! 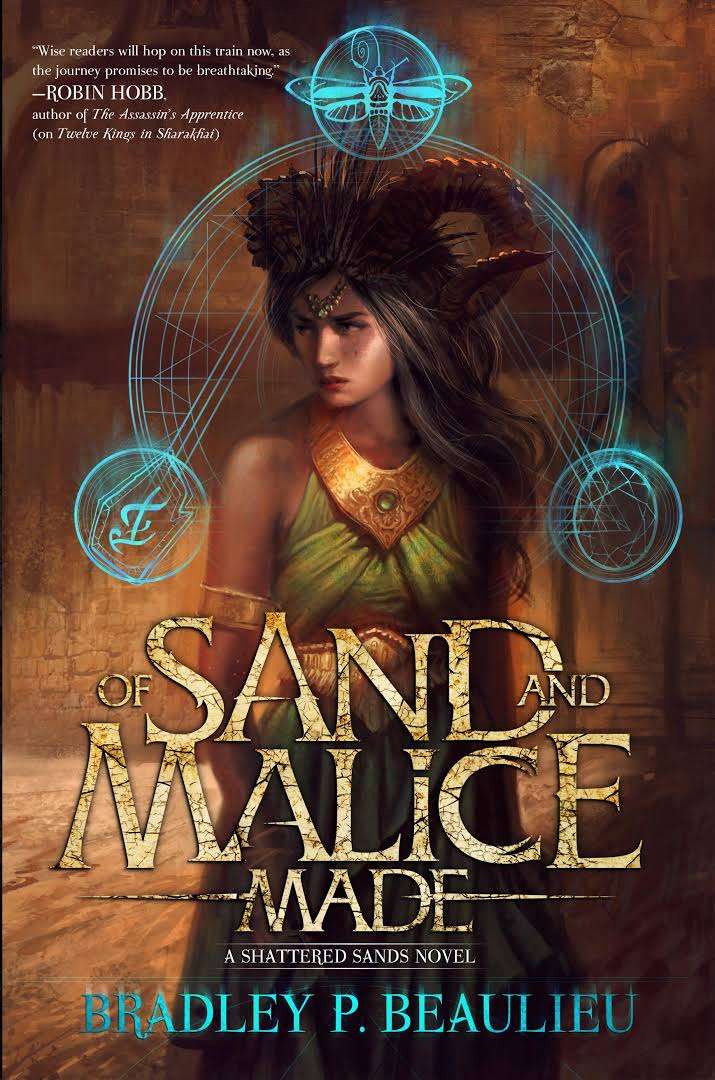 Excerpt from Of Sand and Malice Made

Çeda was just about ready to give up when she saw movement near an old acacia. Half the branches were dead, and the thing looked as though it were about to tip over and fall in the water at any moment. But in the branches still choked with leaves she could see two legs hanging down, swinging back and forth. The skin was the same dark color she remembered, and when she looked harder, she saw movement in the branches above—the second twin, surely, sitting higher than the first.

She took to the damp earth along the edge of the bank to silence her footsteps, then pulled her kenshar from its sheath at her belt, whispering a prayer to fickle Bakhi as she did so. Reaching past her mother’s silver chain and locket, she slipped Ashwandi’s severed finger from around her neck, whipping the leather cord around her hand with one quick snap of her wrist.

She stood twenty paces away now.

As she approached the godling boys, she wondered how vengeful the god Onondu might be. She hoped it wouldn’t come to bloodshed, but she’d promised herself that if they wouldn’t listen to her commands, she would do whatever she needed to protect herself, even if it meant killing his children. Her identity was her most closely guarded secret, after all—no different than a chest of golden rahl, a chest these boys had tipped over with their mischief, spilling its treasure over the dirt for Rümayesh and Ashwandi and perhaps all of Sharakhai to see. Things would only grow worse if she let these boys be.

The nearest twin faced away from her, looking downriver to the trading ship, which was just mooring, men and women busying themselves about the deck, a few jumping to the pier. She’d grab him first, drag him down and put her knife to his throat, then she’d grip the finger tightly and speak her wish. The moment she took a step forward, though, something snapped beneath her foot.

She glanced down. Gods, a dried branch off the acacia. How could she have missed it?

When she looked up once more, Hidi, the one with the scar, was turned on the branch, looking straight at her with those piercing blue eyes. His form blurring, he dropped and sprinted up the bank.

Çeda ran after him and was nearly on him, hand outstretched, ready to grab a fistful of his ivory-colored tunic, when something fell on her from behind. She collapsed and rolled instinctively away, coming to a stand with her kenshar at the ready, but by the time she did both of the boys were bounding away like a brace of desert hare.

She was up and chasing them in a flash. “Release me!” she called, gripping Ashwandi’s finger tightly. “Do you hear me? I command you to release me!”

But they didn’t listen, and soon they were leading a chase into the tight streets of the Knot, a veritable maze of mudbrick that had been built, and then built upon so that walkways and homes stretched out and over the street, making Çeda feel all the more watched as men and women and boys stared from the doorways and windows and balconies of their homes.

Çeda sprinted through the streets, wending this way, then that, coming ever closer to reaching the boys. She reached for the nearest of them—her hands even brushed his shoulder—but just then a rangy cat with eyes the very same color of blue as the boys’ came running out from behind a pile of overturned crates and tripped her. She fell hard onto the dirt as the boys ahead giggled.

She got up again, her shoulders aching in pain, and followed them down an alley. When she reached the mouth of the alley, however, she found not a pair of twin boys, but a strikingly beautiful woman wearing a jeweled abaya with thread-of-gold embroidery along cuff and collar and hem. She looked every bit as surprised as Çeda—almost as if she too had been following someone through the back-tracked ways of the Knot.

“Could it be?” the woman asked, her voice biting as the desert wind. “The little wren I’ve been chasing these many weeks?”

Çeda had never seen this woman before—tall, elegant, the air of the aristocracy floating about her like a halo—but her identity could be no clearer than if she’d stated her name from the start.

“Ah, but you are, sweet one.” From the billowing sleeve of her right arm a sling dropped into her hand. In a flash she