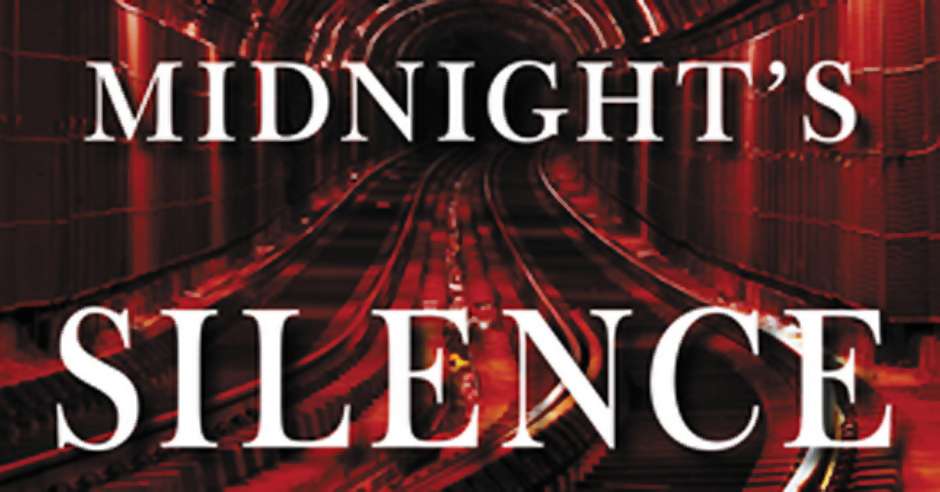 The hero of Los Nefilim is Diago Alvarez, and much like the Shadow (of the old Shadow pulps), Diago has magical abilities. He and his lover, Miquel, are part of a secretive group known as Los Nefilim (Spanish for The Nephilim – say it like “The Mob” and you’ve got the right idea). This group of angelic Nefilim monitor daimonic activity for the angels.

The only thing is: Diago is not fully angelic. He is part daimon, part angel, and his very unique form of magic is sought by both sides in the conflict between angels and daimons. Like the Shadow, Diago moves through a world of espionage and partisan warfare with a rogues’ gallery filled with angels, daimons, and mortals.

In this excerpt from In Midnight’s Silence, Diago has arrived home to find a mysterious package has been left for him. Inside the package is a glass box with a triptych etching of a woman Diago once knew on the first panel, Diago and the woman together on the second, and a boy on the third. Diago quickly deduces that a dalliance with another Nefil has resulted in the birth of his son. Inside the box, is the wedding band of Diago’s partner, Miquel, who is missing. Diago’s only clue is a calling card, which lists the name Beltran Prieto.

Exclusive Excerpt from In Midnight’s Silence

Diago switched on every light in the loft. Nothing appeared to have been disturbed, and there were no signs of a struggle. Miquel’s gun was still in his suitcase, along with his bowie knife. Diago closed the suitcase and shoved it back under the bed.

In the front pocket of Miquel’s pants he found a crumpled theater bill. The heavily creased paper advertised a new bar not far from the Villa Rosa, where Miquel usually played. A large black scorpion had been drawn to dominate the top of the page. The tail formed the “S” within the club’s name and swirled to encircle the words: Club d’Escorpí.

The bill announced Beltran Prieto as the singer. The dancer was unnamed. Miquel de Torrellas was listed as the guitarist. That couldn’t be right. Miquel had made no mention of working in a new club, and the artwork indicated the handbill had been weeks in the making.

Diago refolded the advertisement and pushed it into his back pocket. He would begin his search at the Villa Rosa before moving to the Club d’Escorpí. Perhaps one of the other performers had seen or heard something about this new club. Any information might help him circumvent more of Prieto’s surprises.

He switched from his shirt and tie to a worn sweater with frayed sleeves, so he would blend in with the mortals that frequented the area. From beneath the bed he yanked out his suitcase and opened it. Inside, concealed beneath a false bottom, were his Luger and a long wicked knife.

His hands no longer shook. Initiating a course of action steadied him. He checked his magazines. One was full, the other half full. Diago emptied a box of silver-tipped bullets onto the bed and added rounds to the second magazine.

Yet, even though he had a plan, it didn’t change the fact that he had no idea what was going on. He considered the clues he had so far, but he could find no way to connect them. Candela had never mentioned anyone named Beltran Prieto—but to be fair, they hadn’t spoken beyond murmurs of passion and her whispered lies.

Another spasm of guilt twisted his stomach before he shut Candela from his mind. Think, God damn it. The etched triptych indicated supernatural skill. That was a start, but Diago had no idea whether Prieto was angel or daimon. His motivations were just as veiled as his character.

What can he possibly want?

“He needs me,” Diago murmured. Specifically, Prieto needed skills that only Diago possessed. But what? The answer to that question required a meeting. One that Beltran Prieto was about to regret.

Diago pressed bullets into the magazine and thought of the hourglass. They used to mark time with hourglasses. There was a clock ticking somewhere. Whatever Prieto needed, time was of the essence. “Okay.” Diago inserted the fresh magazine into the Luger, then tucked the gun into his holster. “Let’s not keep him waiting.”

Diago withdrew the playbill and read the address for the Club d’Escorpí. The bar was located three blocks deeper into the Paralelo’s tangled backstreets. At least I’m close. He c