EXCLUSIVE: Excerpt of Along the Razor’s Edge by Rob J. Hayes 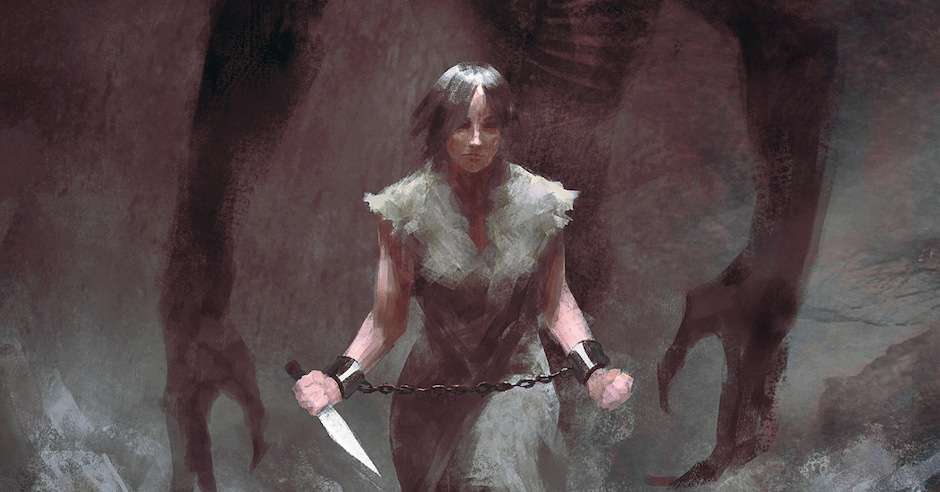 Rob J. Hayes is a grimdark fan-favourite, and our team is really excited to release the prologue of his newest work, Along the Razor’s Edge. We’ve loved his other books such as Never Die and Where Loyalties Lie, and just cannot wait to get our hands on this newest release.

Without further ado, I give you the prologue to Along the Razor’s Edge!

My life began the day we lost the war. 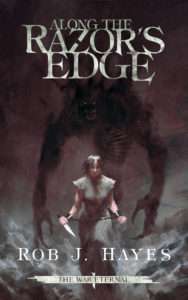 We were surrounded by enemies, standing atop the tallest tower of Fort Vernan. The city around us was chaos, a battle played out in the darkest shades of red. Beyond the city was a scorched ruin, fields turned black by fire and war.

“It’s not over!” I screamed, a shard of ice forming in one hand while the other burst into green flame. “We can take them. We are the Emperor’s Weapons.” Oh, the over-confidence of youth, before the hammer and anvil of time and reality have beaten us into whatever shape society demands.

I remember twenty men and women surrounding us, though my memory is fuzzy from rage. Perhaps it was more like ten. Some were warriors with glowing armour, enchanted to deflect magic. Others were Sourcerers like Josef and I. Well, not quite like us. We were beyond them. In our prime. Each with five Sources lending us power.

“It’s over,” Josef said again, grabbing my arm and pointing.

Down below, on the field of battle I could see the two armies clashing; crashing against each other. Horns sounded over the din, echoing up to our ears. And I saw flags falling. The tell-tale blue blur of a Chronomancer darting between units, relaying the orders. Our soldiers laying down their arms.

Josef was right, the order had been given to surrender. It might not have reached us yet, so high up, but it would. After ten years of war the Orran empire was crumbling.

I didn’t know it then, but the emperor was dead. While the battle raged at our door and I rained down five types of bloody hell upon our enemy, they had infiltrated the palace and ended the Orran bloodline once and for all.

“Stand down,” ordered one of the Terrelan soldiers. His armour was silver with etched runes glowing pink. There was fear on his face, as well there should have been. I saw it there and smiled. We had already killed so many of his comrades. They were right to fear me.

The sky was on fire, blood red showing behind the grey clouds, lightning rippling overhead and thunder rattling the earth. A Meteomancer beating out a dramatic ending to the ten-year war.

There are times in life when it is wise to lay down and accept defeat. It is a lesson Josef learned early on in his life. I was, as always, the slower learner.

“No! I will not lay down and…” My mouth fumbled out a strangled cry as Josef hit me from behind, and the world went bright for a moment. The next thing I remember, I was down on my hands and knees, staring at stone the colour of ash. It was rough to the touch and cold despite the battle. I have always been attuned to temperature. Pyromancy was the first school I mastered and remains one of my most proficient.

When I looked up, I saw a woman rushing towards me, she wore Terrelan robes and her eyes glowed green with her magic. I felt a wave of hopelessness wash over me, quashing my will to fight.

Hands grabbed hold of me from behind and pulled me up to stare at the woman with the glowing eyes. She reached into a pouch hanging from her belt and pulled out a clump of brown weed. I clenched my jaw shut and struggled against the hands holding me, but I was not strong enough. My power lay in magic, not brute strength.

Fingers pushed into my cheeks so hard I felt them puncture the skin. They forced my mouth open and shoved the weed inside. Then there was a hand underneath my jaw, clamping my mouth shut. The taste was bitter and spicy all at once, so hot it burned my tongue and made my eyes water.

Too late, I thought to use magic. With a s