EXCLUSIVE: Extract of The Stone Knife by Anna Stephens 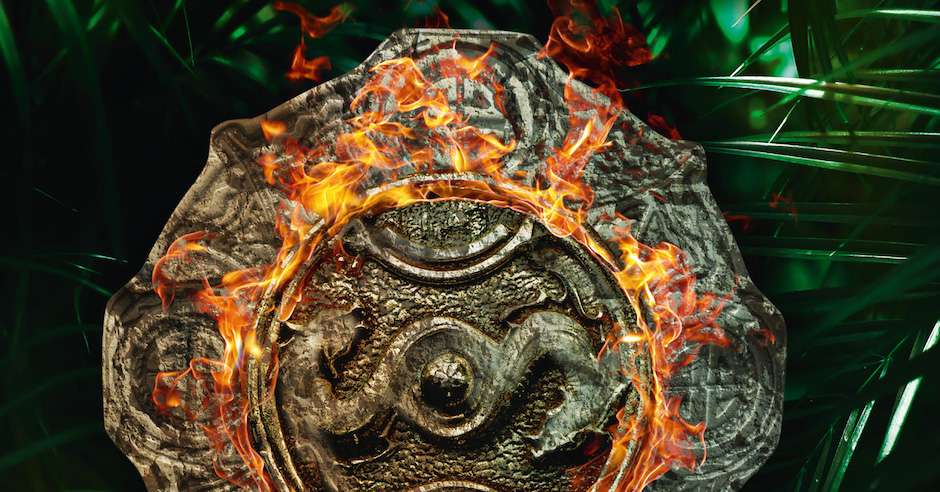 The GdM team and I are big fans of Anna Stephens, author of the magnificent Godblind, and when word of her new series through Orbit dropped, we clamoured to get a hold of The Stone Knife (HarperVoyager). While our team is reviewing it for the next issue of Grimdark Magazine we’ve been lucky enough to grab an exclusive excerpt for you to check out.

So, without further ado, feast your eyes on a new amazing world from a grimdark fan favourite author, The Stone Knife (Hardcover UK; Paperback US / UK; Kindle US / UK; Audible US / UK). 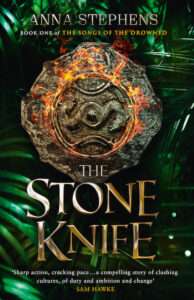 Nerves pinched Xessa’s belly as she moved slowly back to the water’s edge, scanning its surface, the spear ready and the net hanging from the back of her belt. The Drowned had two targets now, both armed, both dangerous. Even as she thought it, one’s head broke the surface. Mottled brown and green like the riverbed, thin ribbons of hair on its head like weed, it stretched a clawed hand towards Xessa and opened its mouth.

Xessa knew it was singing; all the Drowned sang and all their songs were lethal, an irresistible lure to any human who heard it. Like nectar to a hummingbird, the Drowned’s song was the sound of life itself, or so those with hearing said. When they sang, people walked straight into their embrace, going to death like a lover to their partner’s bed, and with less regret.

The cat leapt backwards and bared its teeth, but the Drowned had eyes only for Xessa, its arms yearning towards her, its webbed fingers and long black talons beckoning.

But Xessa was eja – water-thief, snake-cunning. Deaf to its song as all ejab were, whether through Malel’s blessing or the shamans’ magic. Its eyes darkened and it slapped at the water in frustration; then it moved closer to the bank. She might not be able to hear it, but the creatures were fast; it could still drag her into the river if she wasn’t careful.

The cat had approached the opposite bank again to drink and Xessa saw the path of still water in the current, how it drifted in that direction. Still water in a swift current: a sure sign of Drowned. A second infesting this stretch of river.

The jaguar didn’t know that still water meant Drowned. The one in front of Xessa sank below the surface, perhaps deciding the cat was the easier target. Meat was meat, to a Drowned.

Using the distraction, Xessa bent and grabbed the handle on the wide-mouthed ceramic pipe. She straightened, the spear in her left hand and up by her jaw, pointing at the water, and walked in an arc, pivoted by the joint in the pipe until it straightened and locked in position at the water’s edge. The most dangerous moment. The pipe was between Xessa and the water, her body twisted side-on and the spear ready to lunge down over it in case of attack.

She began to crouch, lowering the pipe towards the river ready to open the lid, when the water exploded in front of the jaguar and a Drowned leapt for it, hands slashing the air where its head had been. The cat sprang away, up and back, ears flat as a single talon scored a line through the fur of its muzzle. It vanished, leaving the Drowned empty-handed and hungry.

Xessa jumped at the sudden attack and her arm came back in reflex as she straightened up, ready to throw or lunge with her spear. The surface of the river in front of her boiled apart and green-brown hands tipped with wicked claws reached for her as the second Drowned attacked.

Xessa had a glimpse of the round black eyes, the mouth open and filled with teeth like a piranha’s, and then a hand grasped her shi