EXCLUSIVE: She Dreams in Blood by Michael R. Fletcher 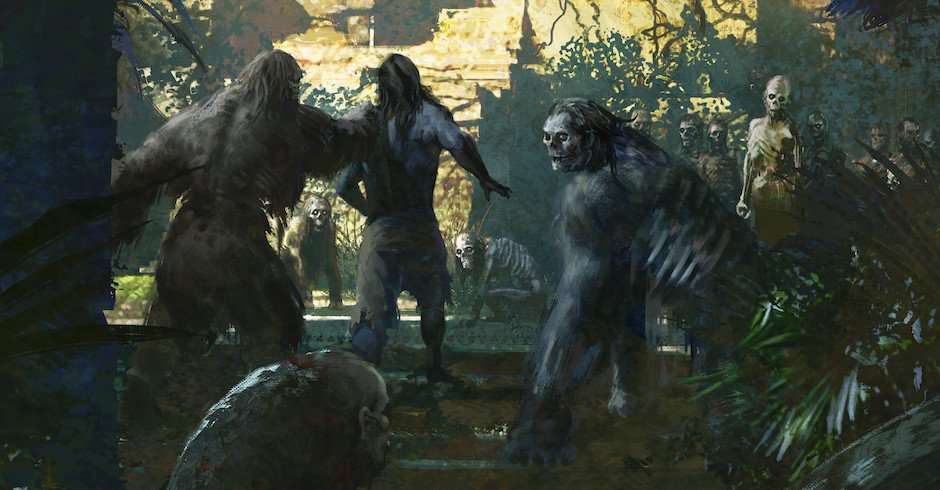 Felix Ortiz is a beast.

Back in 2019, which seems like a thousand years ago, I was hunting for an artist to do the cover for Smoke and Stone, the first book in the City of Sacrifice series. Felix, a complete unknown to me at the time, reached out and suggested I hire him. He then sent me a rough sketch of what he had in mind.

Boom. Done. I was blown away.

Felix nailed the feeling and atmosphere.

Three hundred years later, somewhere in early 2020, I approached him with my idea for the Black Stone Heart (Obsidian Path #1) cover. He took my two paragraphs of ranting insanity and absolutely killed it. A few months after that I sent him a scene of narcotic fuelled madness and he came back with the cover for Ash and Bones (City of Sacrifice #2).

This time, I couldn’t decide which scene I wanted on the cover. I sent Felix two possibilities. One, he said, was completely insane and too busy to be a book cover. The other he got excited about. As an aside, one of the things I love about working with Felix is the fire-and-forget aspect.  I told him what I wanted and when I needed it finished. After that, I didn’t think about it again until he sent me the first rough draft. Over the next two weeks he sent better and better versions, tweaking colours, fleshing (or in this case flaying) details.

I am unbelievably happy to get to finally share the art for She Dreams in Blood (Obsidian Path #2).

And as always, a huge thank-you to Adrian and all the folks at Grimdark Magazine for being so kind to this deranged little writer!

Cover reveal: She Dreams in Blood 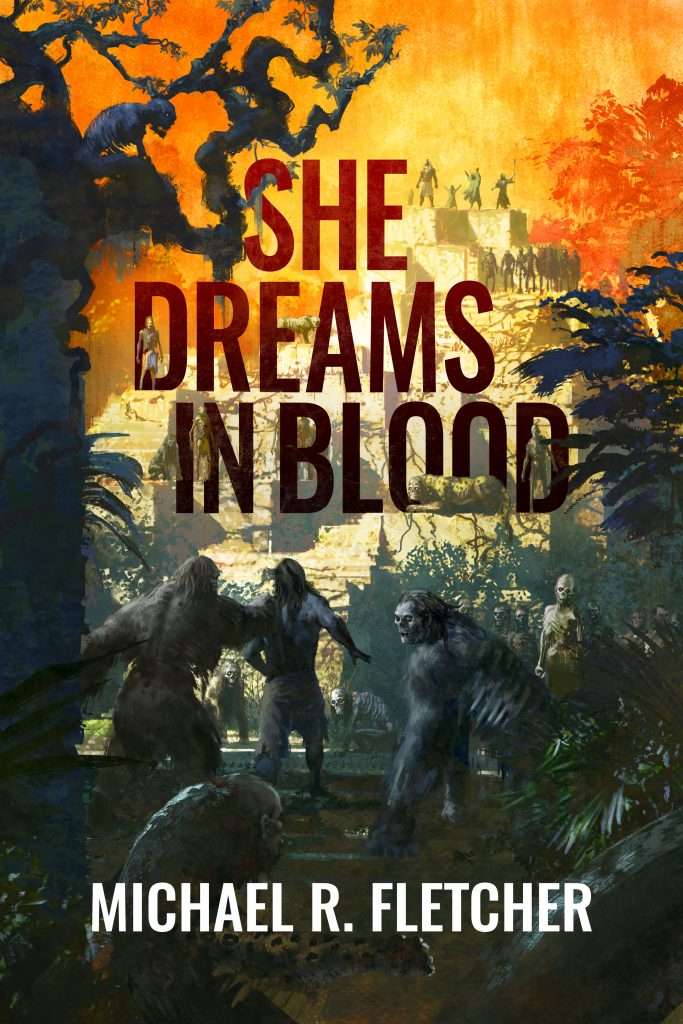 Pre-order She Dreams in Blood by Michael R. Fletcher 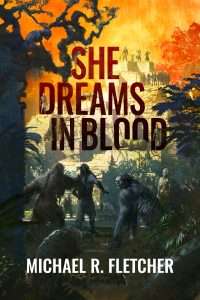