Is the First Law Trilogy the Anti-Lord of the Rings? 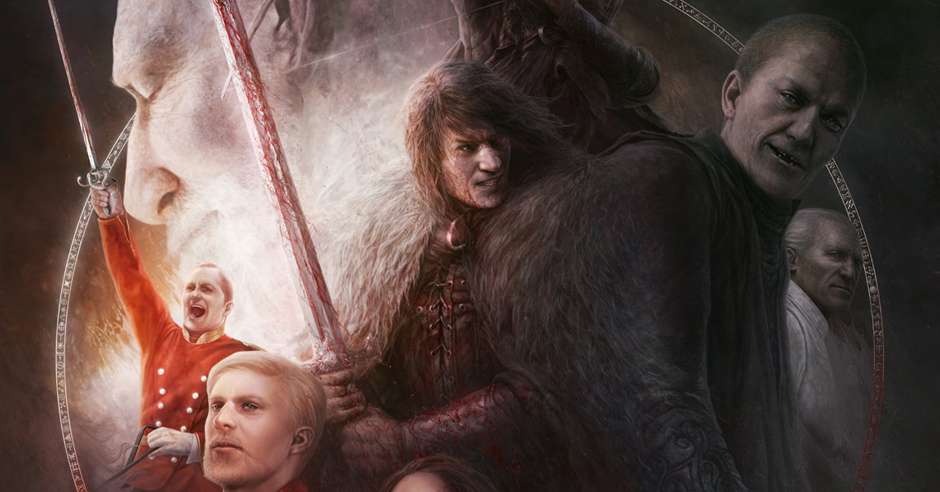 A question that often comes up in the various fantasy forums I frequent is, ‘What is the anti-Lord of the Rings?’ This is an odd query because it implies there’s automatically an antithesis the most famous fantasy trilogy of all time. What does the questioner mean by ‘anti-Lord of the Rings’ anyway? For the most part, they’re talking about something that is just as epic and grandiose but is darker and morally ambiguous. However, the question stuck with me and I started to ask myself, “Is there any series which well and truly inverts the majority of themes and values of Professor Tolkien’s work?”

I believe that series to be Joe Abercrombie‘s The First Law trilogy.

It should be noted Joe Abercrombie has expressed nothing but love for J.R.R. Tolkien on his own blog. He also rejects that he was trying to rewrite the novels.

We’re on sides, now? No one told me about sides. What are the sides? Of what? And on which side am I? I love Tolkien, after all. I’d like to be on his side. Grew up with The Hobbit. Read The Lord of the Rings every year. I’m a great admirer of his. Without Tolkien there’d be no fantasy as we know it, and certainly no First Law. When it comes to an epic tale with moral clarity set in a supremely realized fantasy world, he pretty much knocked it out of the park. But that means there’s not much point in my writing it again, is there? Forgive me for saying so, but it feels as if folk have been writing Lord of the Rings again for a while now, and I think we could probably, you know, stop. [1]

I believe the two series bear some striking similarities and yet go in different directions which are fun to note. Beware reader, spoilers for both series lie ahead.

The books contain some superficial similarities on the surface in their central plotlines:

An evil supernatural threat from the East has gathered an infinite army of soldiers and monsters beneath its banner and intends to invade the Western European-themed lands. From the North, a second, lesser-threat has also gathered a force of barbarians and monsters to invade the West. An ancient wizard gathers a ragtag bunch of misfits together, related to a mystical artifact, and sends them on a journey to a distant land. One of these individuals will emerge as the last heir of a dynasty to unite the land. The Northern threat will be defeated and, in the darkest hour, an army of barbarians will arrive to rescue the Western lands before the mystical artifact plays a key role in annihilating the Eastern threat.

Anyone who has read both series knows every single one of these similarities has a stark difference on closer examination. The similarities, however, highlight the differences.

Take the central conflict between the Prophet Khalul and the wizard Bayaz, which lies at the root of the wars between the Union and Gurkish in Abercrombie’s The First Law. The Blade Itself paints Bayaz as a lovable trickster mentor who helps rescue Logen Ninefingers from death and helps our heroes in various ways. The Gurkish and their Prophet are, by contrast, portrayed as nebulous and threatening. The Gurkish employ the mysterious Eaters-cannibal wizards who make a number of attempts on Bayaz’s life. These views are challenged somewhat in Before They Are Hanged, but only by Last Argument of Kings do we discover Bayaz is every bit as bad as Khalul, if not for worse. Indeed, the only reason the Prophet is pushing for war against the Union is in hopes of getting revenge for a long-ago slight by Bayaz.

Tolkien wrote The Lord of the Rings with Sauron and his minions representing an archetypal incarnation of evil that the heroes must rally against. The nations of “good” in the elves, dwarves, Rohan, and Gondor may be flawed, but they are better in every way than the enslavement that awaits those who submit to Sauron. Abercrombie subverts expectations with the Gurkish by revealing, after they finally conquer the city of Dagoska in Before They Are Hanged, that they do not behave in the nightmarish manner which everyone assumed they would:

It seems the Gurkish were let in by a prior arrangement. Treason, of course, but at a time like that… – hardly surprising. The Union forces were massacred, such as they were, but many of the mercenaries were merely enslaved, and the natives, by and large, were spared.’ Gurkish mercy, who could have thought it? Miracles do happen, then. [2]

This is hardly much mercy but since the books had given us an impression of a monstrous horde, it is surprising to see Glokta impressed by the people who tortured him. It also gives credence to the belief that a peace agreement forged earlier would have been honored, such as that offered by Ambassador Tulkis:

‘We are leaders. War is what happens when we fail. Or are pushed into failure by the rash and the foolish. Victory is better than defeat, but… – not by much. Therefore, the Emperor offers peace, in the hope that this may be a permanent end to the hostilities between our great nations. We have no true interest in crossing the seas to make war, and you have no true interest in toeholds on the Kantic continent. So we offer peace.’ [3]

Similarly, Sauron and his forces represent an existential threat to the West, which cannot exist in peace with the heroes because Mordor’s immortal ruler wants to rule all of Middle-earth. Yet, here, the conflict between the Union and Gurkish cannot only be resolved peacefully but doesn’t end with the war. Like most struggles between real-life nations, the Gurkish defeat in Last Argument of Kings just means the two nations must continue to coexist.

Peace in Tolkien is a consequence of victory and results in lasting change while the end of the wars in The First Law Trilogy merely results in extensive loss of lives. For a series which is considered much darker than The Lord of the Rings, The First Law trilogy has a much stronger anti-war slant and serves as a direct contrast.

Another place where the two series go in direct opposites is in respect to their magical artifacts: the One Ring and the Seed. Both are magical enhancers that have the potential to provide their users with immense mystical power. The biggest difference between the two series regarding the objects is both the Seed and the One Ring have the potential to bring great destruction, but whereas Gandalf wishes the Ring to be destroyed, Bayaz wants to use the Seed to destroy his enemies. Additionally, both the See