Five Reasons To Be Excited About The Expanse Season 5 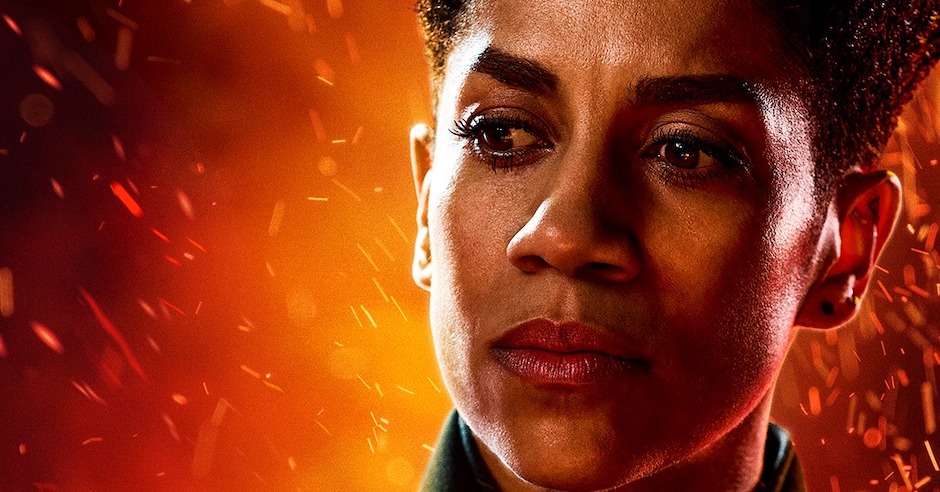 With Season Five of The Expanse only days away, let’s look ahead at five of the plot threads I’m most excited by for this season. As with yesterday’s post, if you aren’t up to Season 5 in either the movies or the books, now is the time to bail out of this article–head over to our catalogue or something less spoilery.

At the end of Season Four, we saw Belter terrorist/freedom fighter Marco Inaros setting multiple asteroids on collision courses with Earth. If one or more of those land, it’s going to cause massive devastation and have far reaching implications for the power balance in the solar system and beyond. Given Inaros’ speech and Amos’ decision to return to Earth from the Season Five trailer , I’d guess that at least one asteroid landed.

For the first three seasons, Mars was presented as a near-monolithic culture, breaking free from Earth’s hegemony through technological innovation and hard, unified effort. However, the advent of the Ring and the opening up of a thousand new systems has dented that resolve, with many Martians not seeing the point in backbreaking labour for their great great grandchildren to see water on Mars, when they can just hop on through the gates to readily colonisable worlds.

This has lead to black market trading of Martian technology and a sudden loss of manpower on the red planet. Bobbie Draper uncovered some very sketchy stuff over Season Four and with Inaros’ Belter faction getting more aggressive, Mars seems to be teetering from stable and ambitious superpower to a fragile powderkeg.

As Inaros was sending irascible old Klaes Ashford into space, standing beside him was Filip, his son by former flame and now member of the Rocinante crew, Naomi Nagata. From the season five preview, we know that Naomi is now aware of her son’s survival and allegiance to Inaros and is planning to reconnect with/rescue him. I expect this to be a straightforward process.

Most of Season Four was concentrated on the world of Ilus, through one of the 1,372 systems made accessible through The Ring. This world was contested between a group of Belter refugees from Ganymede – who got there first – and an official sanctioned colonising group from Royal Charter Energy.

This tense situation was further complicated when Holden & the Investigator managed to activate some Ring Builder technology on the planet (we’re getting to that) but it’s likely that even without that escalation, the conflicts between such groups will play out across the quickly spreading human diaspora.

On top of the very human stories of the Rocinante crew and the political machinations between the powers in our solar system, there is the wider meta-story which started with the protomolecule and has led to humanity spreading out across the universe.

The protomolecule was discovered on Phoebe and generally misused by corporate and political interests. It was thought to be a natural substance or an alien weapon, but what it actually is is a mechanism by which the Ring Builders attempted to seed systems with Rings to access their network.

As such, once the protomolecule had time, energy and resources to develop on Venus (having been dormant for millennia since it was captured by Saturn’s gravity and became Phoebe), it created the Ring which gave our solar system access to the Ring Network.

However, it turns out that since the protomolecule was sent towards our system at sub-light speeds, the Ring Builder’s civilisation has vanished. It appears they were annihilated by an as-yet unidentified threat, and the protomolecule wants to find out about that, so has set the Investigator as a passenger in Holden’s brain for that purpose.

Given that humanity is enthusiastically spreading across the ring network and carrying all the baggage of vendetta, colonialism and greed with us, I’m sure we’ll find out about that soon enough.

Throw all of that on top of the always entertaining interplay of the main characters, standout performances by the actors and the best space physics ever seen in a major sci-fi series and I’m really excited for this season of The Expanse.

Season Five of The Expanse debuts its first three episodes on Amazon Prime on December 16th.

Grab your Amazon Prime membership to watch The Expanse Season 5 and seasons 1-4.