The works of Fritz Leiber 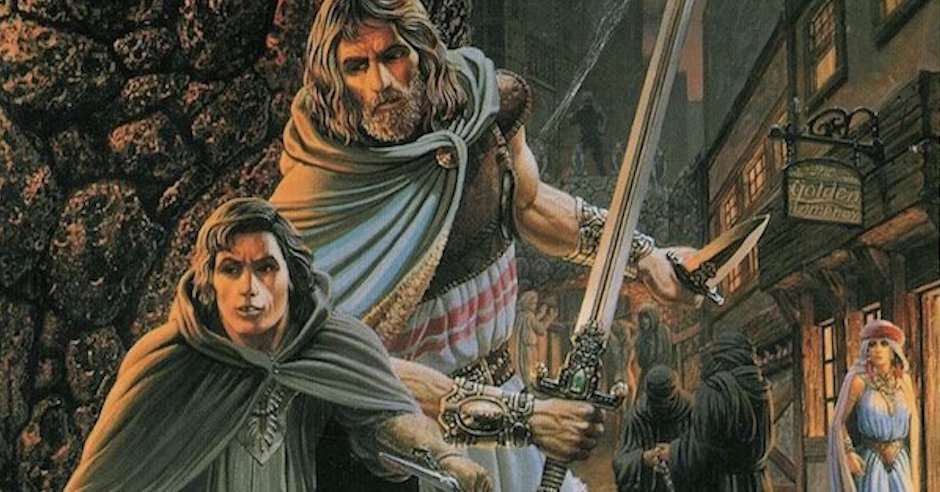 Fritz Leiber was an incredibly prolific author, who won numerous awards during his life for works that nowadays seem more obscure than they should be. In addition to writing, he was a chess master, fencer, and Shakespearean actor. While most popular for the sword and sorcery duo Fafhrd and the Gray Mouser, he wrote horror, urban fantasy, and science fiction just as easily. 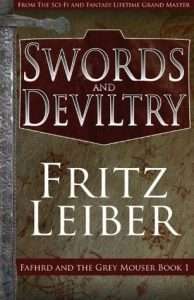 Leiber’s most popular creation are the duo of Fafhrd and the Gray Mouser. Fafhrd is a huge tundra-born barbarian, while the Gray Mouser is a sneakier thief. The first was published in 1939, and the last one in 1988. Neither of them is a sidekick to the other. Instead, they’re two halves of a heroic soul.

During their adventures, they battled men, magicians, and monsters, were in the power of two bizarre wizards who obviously did not have their best interests at heart, faced down the incarnation of death, survived the poverty of lean times in Lankhmar, climbed the world’s largest mountain on a whim, and plenty more. Their quests were often them following a rumour for fun or profit, with no grander schemes in mind.

Both had several named weapons of special import, but given the number of times they lose them, those names are just applied to whichever new similar weapon they happen to have.

They each had one origin story without the other, explaining Fafhrd leaving his snowy home and the Gray Mouser’s origins as an apprentice under a wizard. Then, in Ill Met in Lankhmar they met, by both ambushing the same people at the same time in an attempt to steal the same treasure. There is simply no introduction that could have ever been more perfect for these two.

Fafhrd and the Gray Mouser also feel like the closest books have ever gotten to a fun tabletop role-playing game, like Dungeons and Dragons. (And Lankhmar is a huge inspiration for D&D, even getting its own official tie-in booklet.) Indeed, the Fafhrd and the Gray Mouser series feels closer to those games than any of the tie-in novels. Weird magic, exploring ruins looking for treasure and spending it all at the tavern, plans that should absolutely not work but somehow do—heck, there’s even a story where they both die and then face down Death, as if the game master is trying to retcon a total party kill.

They were a huge inspiration on several current authors, including Paul S Kemp and Scott Lynch (Lynch’s A Year and a Day in Old Theradane was a direct homage to a story in which Fafhrd and the Gray Mouser steal a house.) Michael Chabon gave them a solid tip of the hat in Gentlemen of the Road.

Read these stories in Swords and Deviltry by Fritz Leiber

If you liked Fafhrd and the Gray Mouser you might also like Our Lady of Darkness by Fritz Leiber. 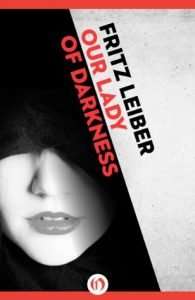 Our Lady of Darkness won the World Fantasy Award for Best Novel. It followed Franz Westen, a widower, who learns of the occult art of megapolisomancy, the magic of large cities, in San Francisco. The book is more overt about Leiber’s love of Jungian mythemes, and also touches on Leiber’s own life more thoroughly than anything else he