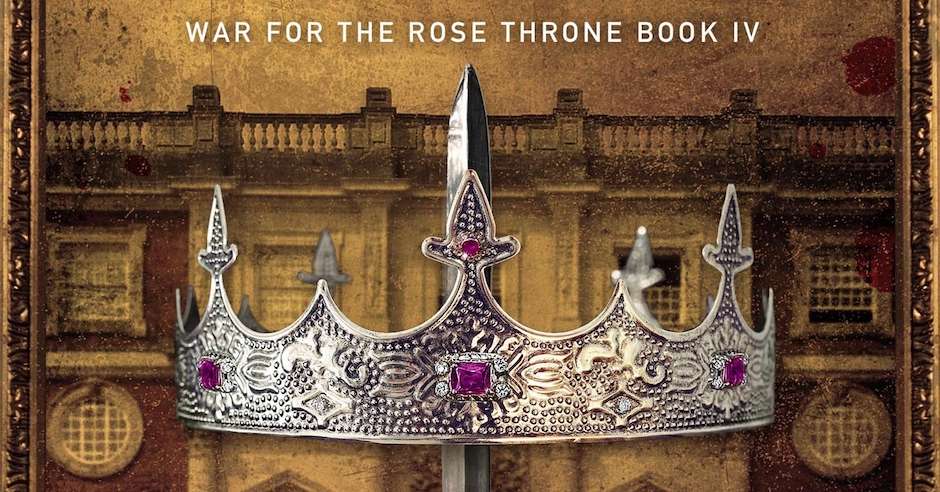 The War for the Rose Throne is complete. I need a lie down.

It’s quite a strange feeling, in all honesty. Although Priest of Crowns will be my seventh published novel, this is my first completed series – the trilogy that ended up being a quartet thanks to my narrative runaway express train and the endless patience of my wonderful editor Jo Fletcher. The Burned Man series got killed by the publisher three fifths of the way through so it never ended properly and I’ll always be sad about that, but this time it is done. It’s the story I wanted to tell, and I finally got to do that. Second time lucky I guess. 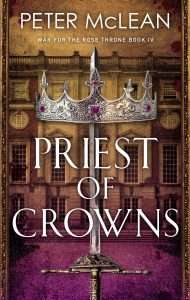 And now I’ve told it, and it’s done, and that’s great feeling. In a way it is, anyway. This is Tomas Piety’s story told, and I guess it’s time to say goodbye to him and Bloody Anne and Fat Luka and all the others, and Our Lady only knows I’ll miss them. But as a great man once said, there are other worlds than these.

The War for the Rose Throne has been my love letter to both the Dark Fantasy genre and to gangster family sagas like The Godfather and Goodfellas. I grew up on that stuff, and Mickey Spillane and David Gemmell and lots of other things I probably shouldn’t have been reading at that age. Hey, it was the 80s. No one was looking, right?

I think that was both the blessing and the curse of being a Gen X kid, so neatly summed up in one sentence: No one was looking. It gave us freedom, and it gave us scars.

That’s something I’ve come to realise was an underlying theme of these books all along, even if I didn’t consciously know that was what I was doing when I was writing them. You have to remember with these books that you’re reading Tomas Piety’s memoirs written long after the fact, and he is neither an educated man not a particularly reliable narrator, but certain things keep coming through.

Some people have noted that the prose can be repetitive at times and yes, it can, and that’s completely deliberate. Homer is repetitive, for heaven’s sake. How many times do we hear “the wily Odysseus”? Oral storytelling works like that, it just does. Anna Smith Spark does it too in her superlative Empires of Dust trilogy, and again she does it completely on purpose.

Think about it: Tomas’ only exposure to narrative expression has been an occasional visit to the theatre, where oral storytelling revolves around key phrases oft repeated, and so he tells his own story in the same way. That’s not the point though. I was doing that on purpose. This is about the bit I wasn’t doing on purpose.

“Look a me Ma, I’m the governor of Ellinburg.”

No, no it isn’t. I thought it was too when I was writing it, but it’s not. It’s a cry for help, for acknowledgement, for a place in the world. All the things Tomas never had. And I think he knew that all along, even if I perhaps didn’t when I was writing it. Not until I got to the last book, anyway, and all the pieces fell into place in my head.

Tomas is the epitome of the 70s / 80s “latchkey kid”. He had no parents really in the picture when he was young, and the only one who was there at all was a monster. He barely remembers his mother and he loathed his abusive father to the point that he murdered him when he was only twelve himself, to save his little brother from their father’s predations. But he reveres the memory of his mother, or at least the idea of her that he’s built up for himself in his head as a kind of defence mechanism. It’s all fake, of course. She died when he was only about five or six and he has no idea what she was really like, but he’s built his whole existence around earning the approval of the mother he thinks he had.

The mother he wanted to have, wished he’d had. So yeah.

I’ve said before that I’d written the last chapter of Priest of Crowns before I’d even finished Priest of Bones, including those final lines, and I had, but I don’t think I knew then exactly why I had.

Anyway, maybe that was some weird kind of catharsis for me, or maybe I’m just telling a story. Maybe you’ll enjoy it, maybe I’ll make you cry.

Maybe both. That’s the joy of storytelling, isn’t it?

You take away the story you want to find.