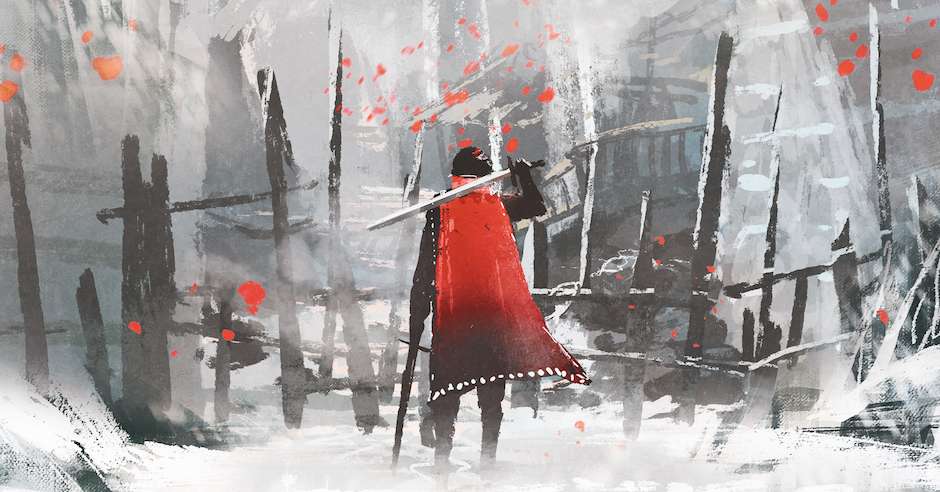 ‘Bleak’, ‘savage’, ‘nihilistic’, are words that tend to get flung around when discussing grimdark. It’s kind of in the name, really. A grimdark book ended ‘and they all lived happily ever after’ would quite possibly be in breach of the Trades Descriptions Act. I don’t think it will come as a huge spoiler to say that the Empires of Dust series doesn’t end with a group hug and the words ‘and they all lived happily ever after’. Grimdark worlds are generally bleak, savage, violent, filled with cruelty and pain and hate. ‘Life’s but a tale told by an idiot, filled with sound and fury, signifying nothing.’

But I never really think of it as ‘nihilism’. ‘Statement of the bleedin’ obvious’, more like it.

The great bleak brutal masterpieces of war literature, from The Trojan Women to War and Peace to Das Boot, are bleak because they are opposed to war. Their purpose, if I can I be so reductive, is to point out how terrible war is in the hope that someone might, you know, think a bit about that. ‘War is bad’ is hardly a radical statement – outside of heroic fantasy, when war is so often shown