Classics Review: Before They are Hanged by Joe Abercrombie 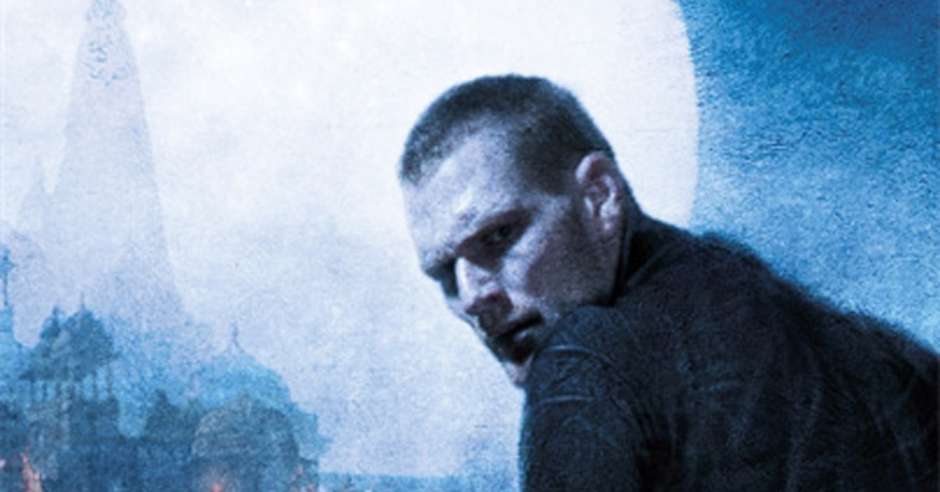 If you’re arriving this late at Before They are Hanged, you might be like me – just digging in to the blood and muck that is grimdark fantasy. Before They are Hanged is the second novel in Joe Abercrombie’s seminal grimdark trilogy, The First Law. It is a brutal tour de force of the style, combining all the blood, guts, and gaping wounds you could ask for, plus a little fucking. Similar to its predecessor, The Blade Itself, in Before They are Hanged magic plays a significant but sometimes secondary role to great characters, bloody action, blistering pace, and some morally ambiguous psychological drama. 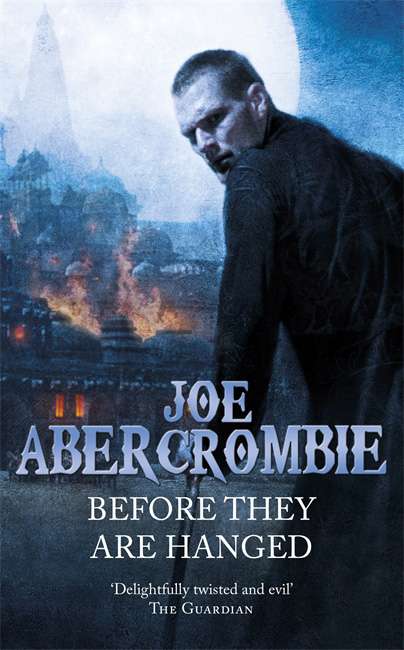 The story in Before They are Hanged is cleverly split into three parallel plots, each dipping one foot in its own subgenre: one plotline involves the ruthless Inquisitor Glokta in a complex mystery regarding the disappearance of one if his colleagues; another finds the conflicted Colonel West in a straight-up military fantasy with the very existence of Adua at stake; and a third brings fan favorite Logen Ninefingers, the magician Bayaz, and others on a fantastic quest to the edge of the world in search of the one thing that can save it, or at least part of it. It’s a skillfully executed narrative in which no single storyline is weightier than the others, and none could exist alone. Throughout the story, Abercrombie explores some classic themes, including questions of honor, loyalty, physical versus emotional love, self-perception, and mercy. It is all executed brilliantly in a mere 550-or-so pages.

Ambercrombie’s writing is particularly striking, which is the main reason I enjoy these books so much. He combines excellent description with intimate third-person narration to bring the reader very close to the action. In a scene near the beginning of the book an ill-advised charge by the Union army is brutally met by Bethod’s Northern forces. Ambercrombie’s execution of the scene, through the eyes of Colonel West, made me feel like I was standing there with West and Prince Ladisla as Bethod’s Northmen rode out of the mist, splattering us with mud and blood. Likewise, as in the first book, Sand dan Glokta’s point of view is intertwined with his stream of consciousness in italics, bringing the reader into the conflicted mind of the cruel yet human inquisitor. The result is compelling fiction.

Character development is another of Abercrombie’s strengths, and the reader experiences close-up the often surprising evolution and expansion of the “Bloody Nine”, Colonel West, Jezal dan Luthar, Ferro, Bayaz, the Dogman, and others. Interesting new secondary characters such as Pike and Vitari are introduced and embedded into the story as well, each with their own conflicts and motivations. By the end of the novel the reader feels like he knows these people personally, a great credit to Ambercrombie’s deft hand.

Ambercrombie’s execution of setting works as well as everything else. Whether it be a muddy, bloody, rainy battlefield; a stumble across a freezing river; ancient ruins in the middle of nowhere; a corpse-littered swamp; or a walk through the strange, twisting environs of the house of the Maker, Abercrombie handles it with aplomb. The novel’s settings add heft to its grimness and continually give the reader the foreboding feeling that something is going to happen and it’s not going to be nice.

There are great writers in all genres of fiction, but let’s face it – we’re here for the grimdark.

Perhaps the only thing that worries me about Before They are Hanged is that it might be as good as it gets. I might have just read the best grimdark novel I am going to get my greedy hands on, and I’ve only just started exploring the subgenre. Having read all the Mark Lawrence novels, and now working my way through the Abercrombie oeuvre, what could possibly follow? Well, I’ll do my damndest to find out. For now, though, I am looking forward to reading The Last Argument of Kings to finish this highly entertaining trilogy because Before They are Hanged is one helluva a fucking read.

Read Before they are Hanged by Joe Abercrombie