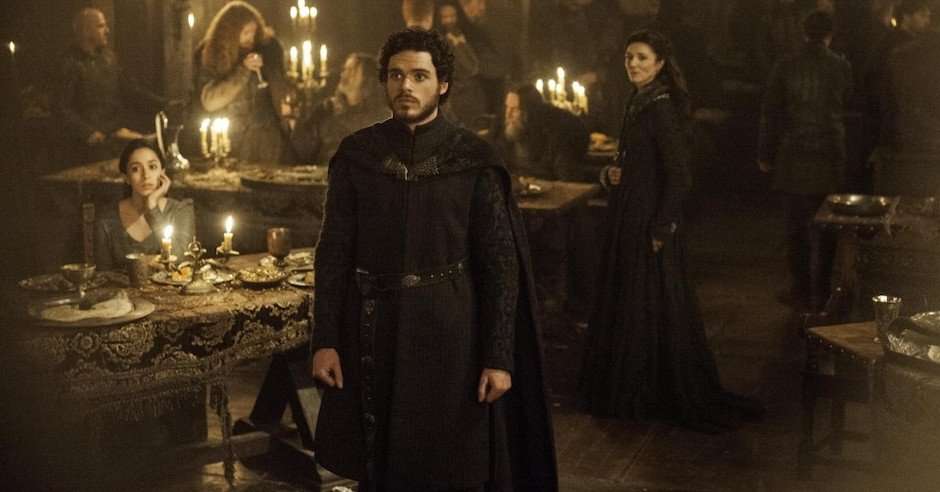 How can reading or watching grim, dark and often violent stories help people confront the chaos of life?

The last eighteen months have been unpleasant on a global scale. Life in a pandemic is difficult for everyone. Death, illness, the worry of what is to come and the lack of knowledge of how things are going to play out have created a tense world. In such times, people look for relief; something that can take their minds away from the grim reality round them. To the surprise of some, many find solace in the grimdark genre – a genre known for its grim, brutal characters and plots often filled with bloody violence and death. So why would anyone wish to get lost in such dark stories when life isn’t exactly all sunshine and rainbows?

One possible idea thrown about is escapism. Fans of SFF, not just grimdark, speak of loving the genre as it distances themselves from reality and allows them to escape to other worlds and become lost in what has been created by the numerous talented authors weaving their interesting tales. Stories allow their audience to take time away from whatever difficulties they face in life and follow characters on their various journeys as they face their own problems and challenges. However, grimdark stories are seen as darker than reality, or at least darker than most people’s lives (thankfully!). This means that the audience is escaping to a world that is darker than their own. Such stories give people hope. They can read or watch characters face incredible difficulties and despite the odds they face, they trudge on and force themselves forwards, even if they may fall at the end. There is a resilience to characters in grimdark worlds that can inspire people and give them confidence to face their own, hopefully smaller, challenges. Following Logen Ninefingers (Joe Abercrombie, The First Law) as he attempts to be a better man after all he has done or Arya Stark’s (George R. R. Martin, A Song of Ice and Fire) rise from scared, wide-eyed child to infamous assassin is inspirational and is not just a respite from reality, but a chance to learn and grow. These characters may stumble and fall as they make it past the obstacles in their way but they dust themselves off and carry on, not knowing if there is an end in sight.

There is a clear element of catharsis within the grimdark genre. Writers take their audience on a journey that involves many horrors and dark events that push the characters that we love to the limit. They break them and reshape them into something new. The audience can follow them every step of the way and take hope in the way the characters keep coming back for more. Characters in the genre face the difficulties in recognisable and sometimes relatable ways. They get scared. They make mistakes. They regret things in their past. They aren’t bulletproof superheroes flying around above the rest of humanity. They are human and they behave like humans – for good, or bad. This allows the audience to witness a reflection of their own feelings and problems and think about how the story relates to their own experiences. Stories in the genre do not shy away from tackling important issues around the world, nothing is off-limits in the grimdark genre and that level of freedom, when used with a talented and sensitive writer, allows for a safe space for readers to explore complex issues that they may be affected by personally, or to give an opportunity for some who are ignorant of such issues to learn something and better understand the people around them.

The shared experience of stories is something that is a vital part of the human experience. Throughout history, dark tales have been incredibly popular. The original Brothers Grimm’ tales are shockingly dark and gory and humanity has never shied away from exploring the dark side of our species. The episode in grimdark’s jewel in the crown of TV, Game of Thrones, that sparked the most talk and excitement across the world was The Red Wedding. The brutal and devastating events of that episode brought people together, all eager to take part in the huge, shared discourse full of shock and amazement. The same can be said of the current biggest franchise in movie history: The Marvel Cinematic Universe. Packed cinemas fell silent as the credits rolled on Avengers: Infinity War. Half of the universe had been wiped away and the villain had won. Such devastating acts bring people together and get them invested in a story and spark animated debates in schools, offices, and workplaces around the world. The internet lights up with possible theories on what happens next as complete strangers end up discussing the events over a shared love of the story. For a moment, people are able to forget about their worries and problems. Instead, they become lost in conversation with others over this shared experience and more often than not, they long for the villains in the tale to fall and for the heroes, grey though they are sometimes, to succeed and win out the day.

This shared experience is what makes cinemas so important. A Quiet Place Part II was recently released in cinemas around the world. Due to be released over eighteen months ago, it was delayed due to the pandemic. Its recent release is a sign that things are moving back to something that resembles normality. The horror film soaked in grimdark is a film that simply had to be seen in the cinema. The film is directed and pieced together to ensure the silence of the audience and there is a palpable sense of tension throughout the two hours as the audience watches a world that is going through its own issues of disconnect, worry, and loss. The audience reacted together, screaming, jumping out of their seats, and cheering as one. Good grimdark stories, like the best horror, forces its audience to feel something. Like a jolt to the heart, it awakens us and breaks us free from our worries and the challenges that we face and re-energises us. It can seem ironic that such dark stories regarding broken worlds and people can be enjoyed so much in dark times but that doesn’t make it any less true or vital for the readers and audience devouring such media. The darker the darkness is, the more powerful even the smallest ray of light becomes as it penetrates that darkness.

And that’s what grimdark is. These stories are filled with a darkness that is soul-crushing and tormenting but then it offers a glimmer of light that keeps us going. It teaches the audience to keep going and creates moments for us to come together as a community and discuss the things we love (and hate) about the characters and the story. It brings people together and in the darkest of times, isn’t that what we need more than anything else? Grimdark stories can distract us from life, teach us about life, or just keep us alive at times. In dark times, grimdark can be the light that shines through.