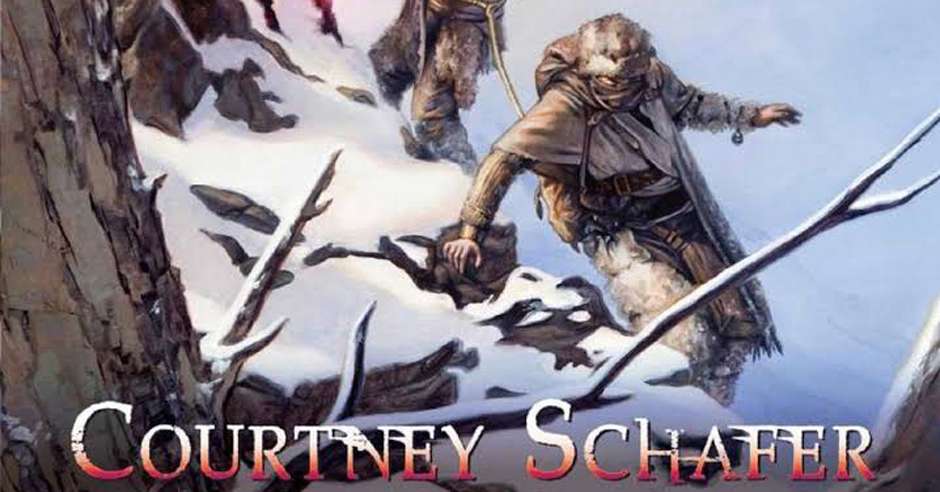 Jewel and Tom were lucky enough to grab a few minutes with Courtney Schafer to talk about writing your passions (the pic isn’t your standard author mug shot!), The Shattered Sigil and grimdark. 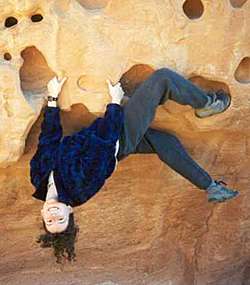 [GdM] They say you should write what you know, and your love of climbing really shows through in The Whitefire Crossing and The Tainted City. What was that like mixing the two worlds? Did climbing inspire the books in some ways?

[CS] When I wrote The Whitefire Crossing, I was writing purely for myself, so it was a no-brainer to mix two things I love passionately: mountain climbing and fantasy. I’d read fantasy novels that had scenes of climbing or alpine travel in them, but often that was treated as a painful necessity instead of a source of joy for the characters. I’d never read a fantasy novel that featured a mountain climber as a protagonist, and it occurred to me that the strange, insular, addictive world of climbing has certain parallels with how mages and magic are often portrayed. 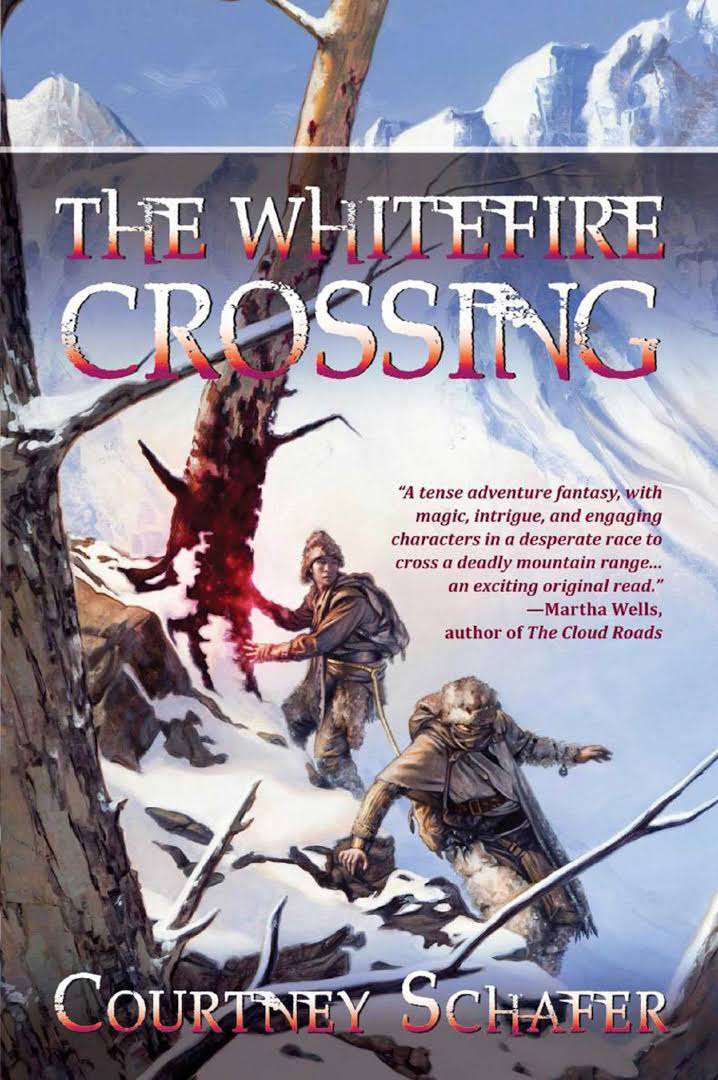 I thought it would be fun to contrast a climber – someone who actively enjoys dancing with death – with a mage attempting to reject the deadly style of magic in which he’s been trained. Even more fun if my two protagonists are deeply suspicious of each other! Mountain climbing is all about trust. When you rope yourself to a partner, you’re placing your life in that person’s hands. A perfect set-up for shaking up my characters’ assumptions and turning decisions they once believed easy into thorny ethical dilemmas. So yes, climbing inspired the books in a lot of ways. It’s also been fun with each book to choose different types of climbing to incorporate in the story, and decide how best to use those scenes to add tension or go deeper with the characters. After all the standard climbing in Whitefire, I went for a little ice climbing in Tainted City, and canyoneering in The Labyrinth of Flame.

[GdM] Did you base any characters off of people in your life? Which character do you relate with best?

[CS] Not directly, no. I’ve known plenty of excellent climbers who share Dev’s love of the mountains and cavalier attitude toward risk, but he’s not based on any one specific person, and neither are my other characters. For me, that would be too jarring. My biggest reason for writing is to create a book I can later enjoy reading, and I want my characters to feel like their own unique selves, so I can become wholly absorbed in their world as I might with any other book.

As for which character I relate to best…obviously I share Dev’s joy in the mountains, but I don’t share his love of risk; I am a very careful, cautious climber! It’s Kiran whose introverted personality is closer to mine. Interestingly, that makes Kiran harder to write, because his internal reactions seem so obvious to me that in my first drafts I sometimes forget to portray them. I assume that of course the reader will know how he feels and why he takes his next action. Thankfully, my critique group is there to point out that no, the reader is only reading the book and not my mind; then I go fill in the “blank” spots in revision.

[GdM] What are your thoughts on the grimdark genre? How would you classify your work?

[CS] Grimdark is such a frustratingly slippery term – we all seem to mean different things by it! When I hear the term grimdark, I personally think of books that feature either anti-heroes (like Mark Lawrence’s Jorg) or bleak, brutal worlds (like Kameron Hurley’s Bel Dame Apocrypha or Worldbreaker Saga), or a nihilistic worldview (R. Scott Bakker). And to me, the true measure of a book’s darkness lies not in the brutality of its action, but in how skillfully the author explores the more monstrous corners of the human soul. The darkest, most disturbing book I’ve yet read is Susan R. Matthews’s An Exchange of Hostages, in which a bright, idealistic young doctor is compelled by his dystopian society to serve as a torturer – and discovers that he is at heart a sadist. What makes the book so horrifying is not its depictions of torture, but Matthews’s skill in portraying the conflict between her protagonist’s ideals and his desires, and how she compels the reader to sympathize with him even as he does repellent things.

Some people prefer not to read such books, and that’s fine. The joy of fantasy (and science fiction) is that the genre spans an immense range of tastes and styles. “Grimdark” books might be more in the popular eye recently, but that doesn’t mean the subgenre is new, or that other styles of fantasy aren’t still being written. As for me, I enjoy it all.

I categorize my own work as “adventure fantasy,” but the adventure is not entirely light-hearted, especially as the series goes on. Dark things do happen to the characters, and there are themes of abuse and blood magic and whether or not the end justifies the means, so readers who enjoy similar aspects of grimdark novels may find they also enjoy mine.

[GdM] The two main characters are written in different POV, Dev in first person and Kiran in third. What inspired you to write them that way? Was it difficult switching points of view while writing?

[CS] When I first sat down to write The Whitefire Crossing, I played around with both 1st and 3rd for Dev and Kiran, and found Dev flowed best for me in 1st, and Kiran in 3rd. Since I was writing the book for myself, I saw no reason not to write it that way. The real question is, why did that better flow happen? The answer lies in my preferences a reader. I love 1st person for snarky, active, highly opinionated characters (Vlad Taltos in Steven Brust’s novels, Gen in Megan Whalen Turner’s The Thief, etc). For introspective c