An Interview with Leigh Bardugo 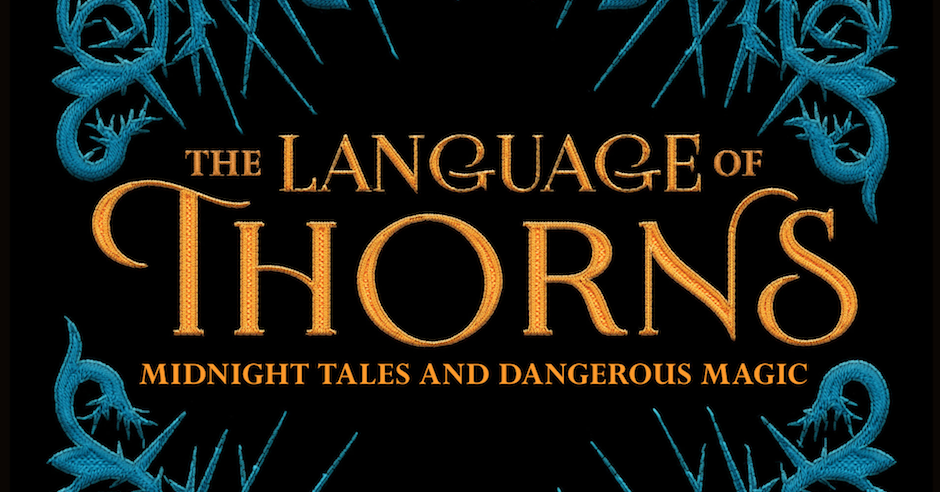 The Language of Thorns is a beautiful collection of dark fairy tales by Leigh Bardugo, author of one of my favourite series, Six of Crows. It presents like you’re sitting around a campfire in the middle of Poland, furs bristling against your ears in the ice wind, face warmed and dry, watching and listening to an elder as they tell your kids the folk tales you grew up with. You’re happy, content, and fully immersed in each story. 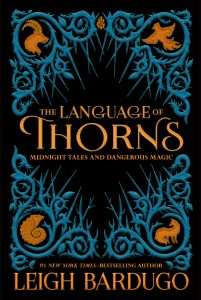 I was fortunate enough to grab an ARC for review (loved it–check the review out here) and even more fortunate to have Leigh put her hand up to have a chin wag with me about her new release.

[AC] Leigh, thank you for taking the time to chat to the GdM fans and I.

[LB] Thanks for having me. And thank you for the kind words on the books.

[AC] GdM fans and I mostly know you for Six of Crows and Crooked Kingdom—two books that really hit it out of the park for us. How does The Language of Thorns tie into the Grishaverse?

[LB] These are the stories that my characters would have heard growing up. Some of them deliberately evoke popular fairytales, others diverge more radically from the familiar. They come from different countries around the Grishaverse, so you’ll get slightly varying views on magic, heroism, and even beauty depending on whether the story is from Kerch, Ravka, Fjerda, or Novyi Zem. There are a few easter eggs for readers of the Six of Crows and Shadow and Bone series’, but  you can also pick up the collection without ever having read one of my novels.

[AC] You’ve stood a bunch of the folk tales I grew up with on their head, consistently leading me down the garden path, only for me to push aside the ferns and find I’m all of a sudden in the kitchen amongst the warm smells of roasted meat. What drove you to create these sorts of stories that tease our nostalgia and then twist us away from the expected ending?

[LB] Always watch out for the ferns. There’s a deep discomfort built into fairytales. In order to enjoy the wish fulfillment of them, we often have to elide the parts of the story that don’t quite sit right. Why would Hansel and Gretel return to a father who had let them be abandoned in the woods—not once, but twice? Why should love be earned through a series of impossible tasks? Why would a girl want to marry a king who had threatened to murder her if she couldn’t spin straw into gold? (Although, to be fair, queen is always a better gig than peasant, fairy tale or not.) Even when we’re kids, I think we pick up on the wrongness of some of these stories, and sometimes, the impulse is to sanitize or avoid them. But that  wrong, uncomfortable place is exactly where I wanted to go.

[AC] The writing style is also a bit of a change from what I’m used to seeing from you—these stories are told as if they are folk tales spoken to the reader, sometimes leaping past detail the narrator sees as unimportant, sometimes caught up in a moment at length. Was the change in style something new and challenging for you, or something you’ve kept in your back pocket waiting for an opportunity like this to come out?

[LB] Well, I wrote the first short story, The Witch of Duva, in 2012, so less back pocket than fanny pack. Omniscient third has always been a comfortable place for me to write. I like the idea of the narrator playing with the reader and of that voice betraying certain cultural biases. So the narrator may think she’s telling a tragic tale, but the reader may decide otherwise.

[AC] Ayama and the Thorn Wood really sets the scene for the type of stories we’re going to see in The Language of Thorns—did you set out to make a point of subverting the fairy tale tropes we all grew up with in this particular story in the fashion that I read as the most up-front, or did it just end up seeming to suit the opening role best? Did you have a say in what order the stories