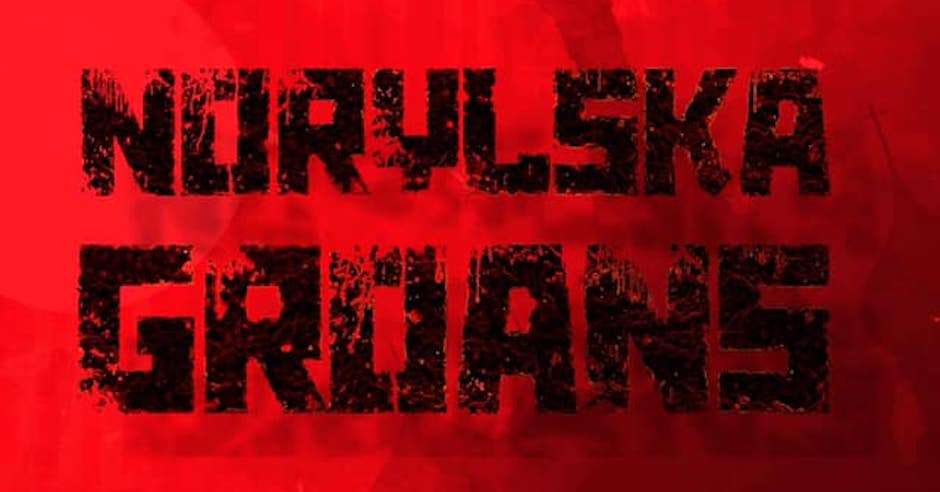 Grimdark steampunk Russian influenced fantasy set within an industrial city in a Russian flavored fantasy world with mob families competing over magical memory stones? I’m in! Norylska Groans is a fine fantasy collaboration between Snyder and Fletcher, mixing these great story elements together and creating a story that’s unique.

“The city moaned, the creak of shrinking wood. Off to the north the furnaces rumbled like sleeping dragons. Never silent. Noryslka groans.” 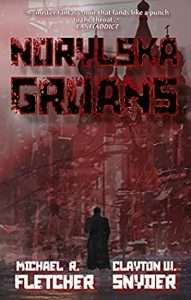 Norylska Groans is told through the perspectives of two characters, with the chapters alternating between their views. Genndy Antonov is an ex-soldier, struggling to acclimate to life after his military service, becoming disgruntled with the feeling that he’s been discarded by the system he served. He’s currently making ends meet with his heavily taxed pension and his current job as a cutter in a butchery. He has a pregnant wife at home and is just getting by when he is suddenly laid off.

Katyushka Leonova is a young woman that had grown up with money, but her family had fallen on hard times with her father’s disgrace. She is engaged to an up-and-coming young attorney, but he’s not there yet so she’s taking on extra secretarial work with the militsiya, which is Norylska’s police force. Kat soon learns that she has “volunteered” for a new program within the militsiya to bring women into active military duty.

The cold is almost a character itself in this story. Ever a concern, all facets of life have to be planned with the bone chilling deadly cold and wind in mind.

“The wind cut through his coat like teeth of ice as he trod the streets, however, so he forgave the vodka its trespass in exchange for false warmth.”

Gen is approached by Arkady, a member of the Shkut crime family, just after being laid off. He is promised work and good pay, which Gen is in no position to refuse if he wants to keep his family warm and fed.

Kat is partnered with Maks, an old veteran of the militsiya, to investigate the Filth, a neighborhood of Norylska that is rougher and more dangerous than the average, as it’s controlled by the Shkut family. She is equipped with memory stones, which are imbued with the experiences she’ll need to be an effective member of the militsiya. These stones also contain personality traits that she’ll have to give her the bravery and determination necessary to get the job done.

Memory stones are at the heart of this story, as they are valuable and powerful. It is while using these stones that Kat discovers some dark secrets about the militsiya and her partner, including the disturbing realization that they contain the memories of Maks’s former partner, who was tortured and killed by the Shkut.

“Digging was slow in the permafrost, but still the men made good time. The earth may have been frozen, but these men were colder.”

As one can imagine, there are surprises and twists and turns all through the story. The city of Norylska casts a gloomy (and cold) shadow over everything, setting the tension at a high level throughout. I’m not sure if this is a standalone novel or the first in a series, but it works either way. Norlyska Groans is an exciting read and a good way to spend a few evenings, but you might want to make sure you have plenty of blankets to keep you warm, and maybe a good bit of vodka as well.