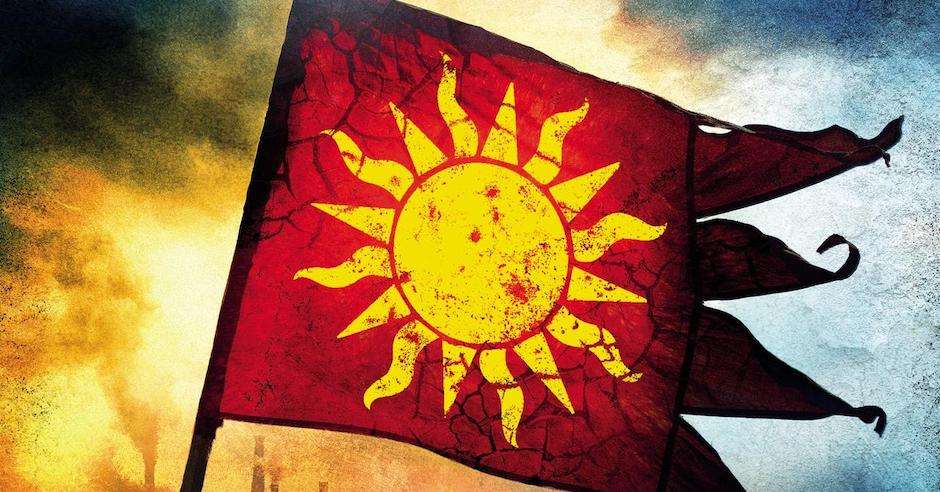 When Gollancz reached out to me to be one of 13 sites doing a re-read of Joe Abercrombie’s The Age of Madness I of course pretty much committed to whatever it was before I opened the email. Let’s not pretend I’m not a raging fan. 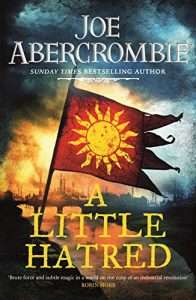 Book 1 of The Age of Madness

I first encountered Abercrombie’s writing while walking through Sydney airport, bored as all hell, wondering what I was going to do for the few hours (I’d arrived stupidly early for some reason). The UK paperback cover of The Heroes caught my eye and the blurb, “Three men. One battle. No Heroes.” had me hook, line, and sinker. I’d fallen out of reading SFF, or reading at all, if we’re being honest, and all I needed was one small spark to reignite my interest (and, eventually, get Grimdark Magazine rolling)–and Joe Abercrombie was that spark.

The start of a new trilogy set a couple of decades after the original series and follow ups, A Little Hatred is utterly brilliant. In the Age of Madness the North is invading under a new vicious leader. The Union is under threat both on its northern border and from within as the Breakers try to destroy the progress large scale machine manufacturing is bringing. Refugees from the lands beyond the Union’s borders stream in looking for a better life and cities swell with people. Mayhem is building–diminishing jobs for diminishing pay; an invasion of cultures clashing with the locals; an unhappy populace frothing under an inept, uncaring, and brutal leadership; mountains of money to be made by the few and privileged; a protectorate begging for help–and in the gritty guts of it all are a new generation of characters grown a little soft in the last couple decades of peace and about to get a very rough awakening in Joe Abercrombie’s A Little Hatred.

This book was everything I’d hoped for from Abercrombie, and here’s a quick breakdown of the first nine chapters to get you interested, before you head off to the next blog next week to follow on!

Chapter One: Blessings and Curses

Rikke, daughter of the Dogman, is cursed with the Long Eye. And in her visions she sees Uffrith burning, and plenty of battle and blood. Then she finds out that Stour Nightfall is looking to unite the North against the South in bloody glory. So a solid bit of scene-setting for the book for those not quite sure yet what to expect from an Abercrombie book, and a pretty standard year for the North, all things told.

Chapter 2: Where the Fight’s the Hottest

Leo dan Brock, The Young Lion, is relishing the heat of combat against Stour Nightfall’s Northmen. What he isn’t relishing, is the tedious, boring reality of running an army with all of its numbers, and figures, and supply lines, and similar things less heroic people should be managing. His mother, Lady Finree, gives him a dressing down for his recklessness in charging a worthless farm where he could have been killed, but damn if it isn’t hard to just not enjoy the moment when you’re a bloodied god amongst men.

Chapter 3: Guilt is a Luxury

Rikke and Isern-i-Phail lament the death of a young man while pretty much setting the path for Rikke for the book. Isern believes there is a free north in the future, where men like Scale, and Black Calder, and Stour Nightfall no longer hold sway, and Rikke’s long eye will guide them to it.

Savine dan Glokta has a big stake in the modernisation of industry. Machines replacing people. Production lines. Efficiency. And so much profit. And with her latest business move driving new construction to her old investment properties, business is good. To protect and grow it she must be both innovative and ruthless.

Crown Prince Orso is waiting on his inheritance—the entire Union. And while he waits, he’s decided to drown himself in pearl dust, drink, spectacle, and women … and definitely not marry to complete his dynastic duty of reproducing. Life is very boring and hard for a 27 year old directionless crown prince who can never seem to pick the right moment to do the right thing.

Vick’s father used to run the Royal Mint. Then Inquisitor Glotka took him and sent their whole family to the mines in Angland for penance and now she’s out of the mines and she’s stuck doing dirty work (as angrily as possible). She’s got a bone to pick with the authorities, and joining the Breakers to fight against workers’ rights suppression is her way to do it.</p