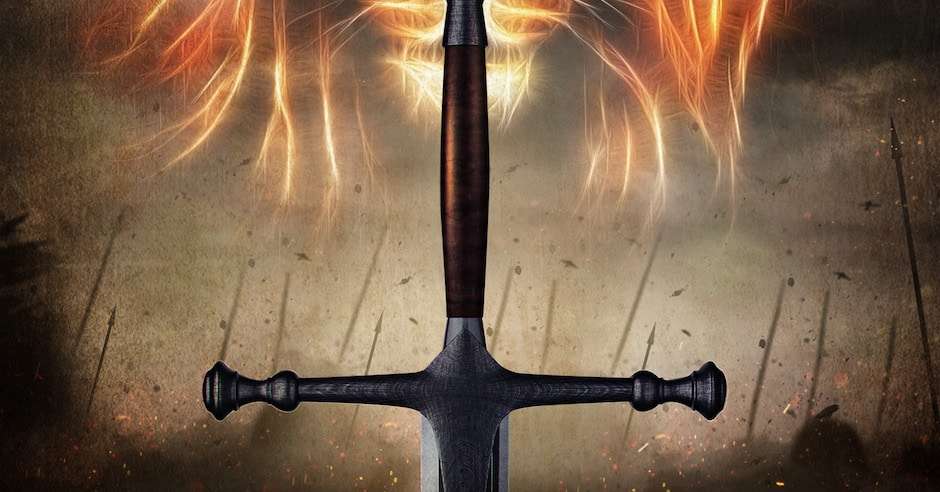 My father was a Prisoner of War (POW) in a Japanese prison camp during World War II. Though freed with the other surviving prisoners, I believe a part of him remained behind in his captivity. The stories he shared were seldom about ticker-tape parades or victory. Rather, they were raw accounts of the horror men commit against one another.

Most of us will experience loss sometime in our lives, but few will understand the sacrifices a person must endure in war. Great works of dark fiction offer a glimpse into the world of battle and the devastation wrought inside the mind of a soldier. The genre doesn’t shy away from the accounts of hapless victims caught in violent struggles. Their helplessness, anger, and sorrow cry out within the pages.

Three epic fantasies sagas are prime examples of literature capturing the essence of war. The authors have walked their characters into the hellish landscape of war. The courage it took to leave the safety of their home and enter a world of unknown danger is inspiring. We see the killing and cruelty through their eyes. I, as a reader, am still haunted by some of the scenes in these novels.

The Hobbit and Lord of The Rings by J. R. R. Tolkien

I’ve bunched these into one entry as they have a common theme. The naïve hobbits from the Shire lose their innocence as they march into battle. We can appreciate Tolkien’s point that even the smallest person can make a difference, but I also believe he is stating something else. War and violence change a person. Once altered, they can never go back to how they were.

Buy The Hobbit and Lord of the Rings

This book series was full of action and emotional turmoil as young Simon fights against evil. It is the characters left behind in his conquered homeland, however, that I find the most haunting. Williams is a master of character development. He makes us bleed for the unlucky residents held prisoner in the castle as the enemy tortures them.

The Sword of Shannara series by Terry Brooks

I’ve saved one of the best for last. Shea Ohmsford, recognizing his duty as the last in the bloodline and true heir of Shannara, leaves his comfortable life and journeys toward danger to fight evil. We share his grief at the deaths of friends he loses along the way.

Buy The Sword of Shannara 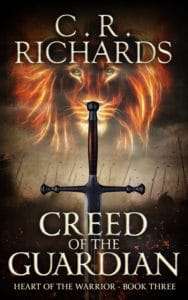 I believe these stories intrigued me because I grew up with someone who’d lived through a dangerous journey. In my latest novel, Creed of the Guardian, some of the day-to-day life in the military comes from my father’s time as an Army Master Sergeant. Dad loved to tell stories about the fun and games he’d play with the unlucky privates under his instruction. Using a few of these games in my book, I have my character, Seth, experience the comradery of other soldiers and buck against the disciplined structure of life in the Legion.

Then evil attacks North Marsh Outpost. Danger has found Seth in the middle of land filled with swamps and death. He is forced to choose between his own life or that of his battalion. It is here I’ve drawn on my father’s accounts of brutality and unspeakable loss under the enemy’s heavy hand. These stories had a profound effect on my writing. The grit and determination of he and his fellow prisoners not only to survive, but to help others survive as well is inspiring.

Good stories evoke emotion – from happiness to fear, rage, and even sorrow. They should educate and inspire us to be better. I think Dark Fiction has a unique role in literature. It offers readers a release of harder emotions. Within the words upon the page, readers come to understand they are not alone.

Buy Creed of the Guardian by C.R. Richards

Protect the Innocent. Punish the Guilty.

Seth the Ice Lion, now an Apprentice in the Jalora Legion, reluctantly travels aboard ship with his new battalion. Western Beta’s mission seems a dull assignment. Guarding miles of bogs and old ruins should be a simple task, but Seth soon learns nothing is easy for the Bearer of the Lion Ring. The Jalora is the embodiment of Good and the source of Seth’s power. It commands he search North Marsh for a relic capable of saving his homeland from the ravenous appetite of the Jackal invaders. Surrounded by deadly bogs and savage beasts, he must find the relic before the Lion Spirit inside of him takes control of their shared body.

Invaders from across the sea hold a firm grip on Valdeon, but their thirst for blood remains unsated. They lust for the riches of Andara. Using fear and greed as weapons, the Jackal enlist aid from the continent’s unscrupulous mercenaries to prepare for a larger invasion. They build a stronghold – Stone Fang Fortress – in the Bloodtooth Mountains of the north. It is here they prepare to conquer the free world.

Will Seth find this powerful relic before the Jackal swarm invades Andara? Or will his people be enslaved under the iron fist of the Jackal Lord? Seth’s answers hide in the deadly bogs of North Marsh…

C.R. Richards’ literary career began when she interned as a part-time columnist for a small entertainment newspaper. She wore several hats: food critic, entertainment reviewer and cranky editor. A co-author of horror and urban fantasy novels, her first solo fiction project - The Mutant Casebook Series - was published by Whiskey Creek Press in 2013. Phantom Harvest (Book One in the series) is the winner of the 2014 EPIC eBook Awards for Fantasy Fiction. Cynthia is an active member of the Horror Writers Association, EPIC and Rocky Mountain Fiction Writers. For more information about her books, visit her website: www.crrichards.com