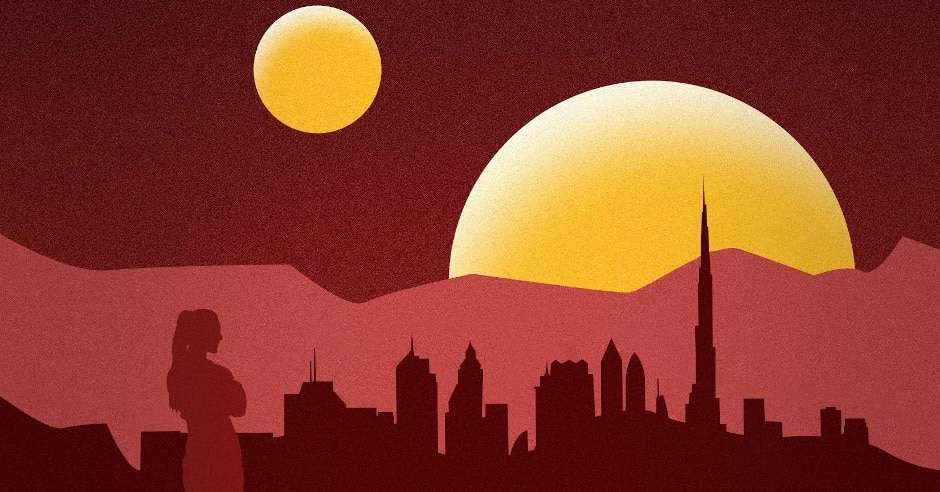 Joe Ollinger’s timing of 10,000 Bones is just right. The science fiction genre is saturated with dystopian novels that ask questions of the reader, “What if there were no water? Or Food? Or Sunlight?” None I have seen until now have asked the question, “What if there is no calcium?” It is a perfect question to ask. In the reader’s mind, calcium is the most benign of things, and it surrounds us. Ollinger creates a vibrant world built around the procurement of calcium tinged with mystery, adventure, and a kick-ass female protagonist. 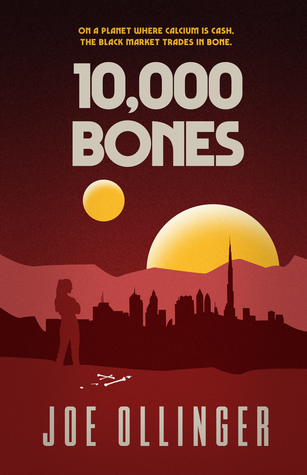 The world Ollinger creates in 10,000 Bones resembles a world that, to me, is a cross of a wild west town and a city from the TV show Firefly. Named Brink, it is all hot and bright with a thin patina of red dust the encapsulates everything. It is full of inhospitable people scrabbling out a living in the dirty, dusty land, and always in need of calcium and water. Ollinger describes it as “…a last chance gas station on one of Earth’s old, long highways – a staging area, a waypoint to more promising, more hospitable worlds…” Also present is the very visible Oligarchy of the rich described as having more elegant clothes, healthier bodies and a distinct lack of hypocalcemia bruising often found in the poor.  The dichotomy of the poor versus the wealthy is fascinating here. Something as simple as drinking a glass of milk is considered the highest of high falutin living.

This book is in the classic “who done it” style. We have our heroine, Taryn. A rough and tumble collections agent described as muscular and robust that wears body armor. Her job is to seek out leaks of unauthorized calcium currency and return it to the government. In this world, calcium is cleverly written as a tradeable currency.  Doing her job, she is always surrounded by the unlawful, the dying and the dregs of society. This brings up shattering moments from her past that often play a part in her decision making in the present. She also has a wealth of empathy, tho to function in her position as a collections agent, and by extension survive in this society, she has to suppress it. She reminds me very much of Marvel’s Jessica Jones. She has a similar attitude and position minus the superpowers.

The story progresses with Taryn becoming enemy #1 of the state as she hunts for who is stealing the calcium supply. It is exciting and turbulent all within the context of an investigator type mystery. Along the way, we meet various side characters including a sidekick/romance interest of a sort in the form of a wealthy calcium auditor, Brady. He is described as “looks more like a business executive than a bureaucrat.” The absolute only complaint I have in this story is I found Brady to be a tad unbelievable. His motivations as a character and dialog were muddy. This threw me out of the story at points. I just could not suspend belief when it came to Brady’s and Taryn’s interactions. However, this book could easily have a sequel. If so, as a reader I would love to know more about Brady’s backstory and have him fleshed out as a more substantial character.

There are beautifully created images throughout the story that keep the pages turning as the reader seeks out the “who did it.” All of this climaxes into a rather explosive denouement. This, in turn, finalizes into an open ending that is rife with a possibility for sequels.

The author asks us, “What if there is no calcium?” As a reader, I can say “I know that one. It looks like this…”