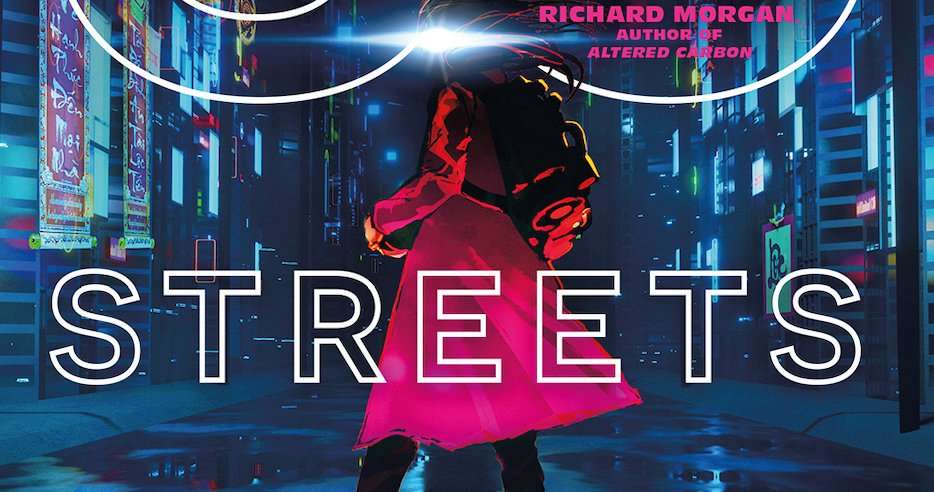 In T.R. Napper’s debut novel, 36 Streets, Lin Thi Vu is a bounty hunter working for the most feared gangster in Ha Noi. She works her trade in a cyberpunk future Vietnam where the Chinese have invaded and taken over the region and the people of Ha Noi and the 36 streets are pawns butchered between the Chinese military and the Viet Minh. 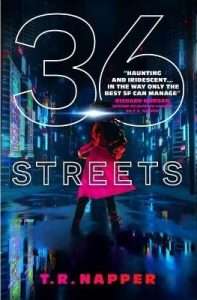 Tired of doing jobs for the Chinese rooting out Viet Minh guerrillas, Lin requests a different type of job. Her boss instructs her to act the part of a private detective for a westerner, her Australian English making her the right person for the job. She’s person to trust in a city of people who look like her, but speak differently. Only her job isn’t just to do the job, it’s to take all of the westerners money.

Straight off the bat Lin is gritty and hard and ruthless, but with a burnt and blackened yet unbroken soul, a bit like Kameron Hurley’s Nyx. Her ice-seven drug addiction adds an interesting and desperate edge to her character, while her memories of her Australian adoptive mother raising her in a foreign land (Australia) and then returning to Viet Nam as an outsider adds an excellent angle to her character and really brings the author’s knowledge of a complex Asia Pacific region region and the people living in it to the fore.

As he does in Neon Leviathan, Napper creates so much atmosphere with so few words, you’re transported to the scene on every page. The desperation, the future, the hurt, and the guilt—is as much a theme of the setting and the faceless people as it is of our main character. And with the author having spent a decade in South East Asia (incl. Ha Noi) working as an aid worker, these themes just land magnificently as he draws on his experience working and helping some of the most impoverished people on the planet. The vast cultural nuances between Asia and Australia / the West are really well written, adding plenty of flavour without being beaten over the head with the author’s real life experience.

36 Streets has eighty-something short, sharp chapters to divide up what is a pretty fast read. It provides this pace to the book with Lin’s experience being broken down to memories five years before the current storyline, and the current story, in quick gasps that you rip through pretty quickly. This is the kind of book that’s good enough and short enough that plenty of people are going to read it in one day.