REVIEW: A Clash of Kings by George R.R. Martin 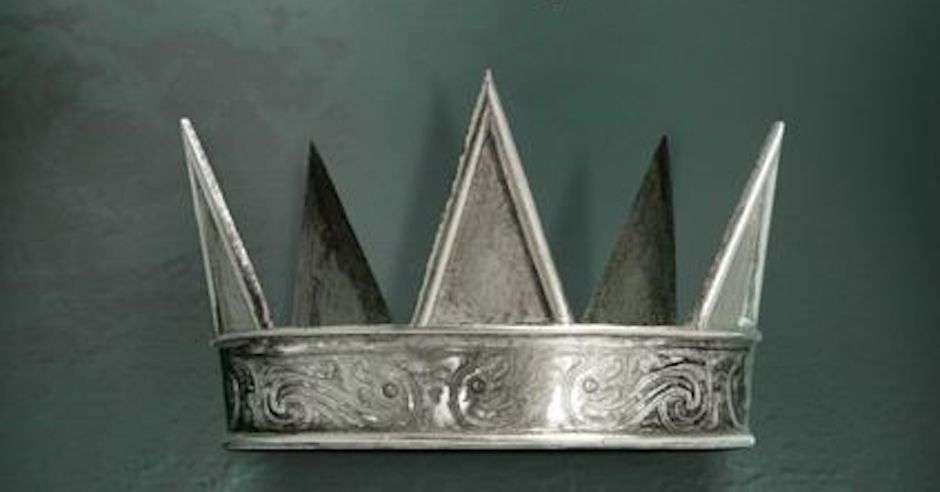 A Clash of Kings, George R.R. Martin’s epic second volume of A Song of Ice and Fire, is a masterclass in grimdark fantasy, somehow improving upon the already excellent first volume, A Game of Thrones, in every respect. Having already established the key characters in A Game of Thrones, A Clash of Kings jumps right into the action and never lets up. 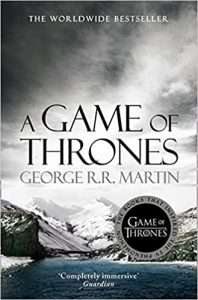 The scope of A Clash of Kings is enormous: six warring families, all vying for power following the deaths of King Robert Baratheon and Lord Eddard Stark. The battles and strategic maneuvering among the six families are accompanied by a healthy dose of intrafamily drama and betrayal.

Although the storylines are sprawling, they work so effectively because they are presented from the eyes of a vibrant cast of well-realized characters. All the same point-of-view characters from A Game of Thrones are retained in A Clash of Kings, except for Eddard Stark. There are also two additions: Theon Greyjoy and Ser Davos Seaworth. Theon is the more interesting of the two, and his sister, Asha Greyjoy, is a delight.

Davos serves more as a vehicle for learning about King Robert’s brother, Lord Stannis Baratheon, who declares himself to be the rightful King of Westeros. These chapters also introduce us to Melisandre, a red priestess and powerful shadowbinder in the service of Lord Stannis. She is one of the most fascinating new characters in A Clash of Kings, bringing additional elements of magic to the story.

The real star of A Clash of Kings is Tyrion Lannister, who has been appointed by his father to serve as Hand for King Joffrey. Over the course of fifteen chapters, Tyrion becomes the most fully realized character in the series so far. Ever witty and insightful, Tyrion is a cunning master at political maneuvering, especially in the face of his sister, Queen Cersei. Tyrion also has a warm heart. His love for Shae is especially touching, as are his attempts to protect Sansa Stark.

Poor Sansa. She is betrothed to the temperamental boy-king Joffrey, who abuses her both physically and psychologically. Sansa is essentially a hostage and used as a bargaining chip for the Lannister family in trying to free Jaime Lannister. Although presented as a rather superficial character in A Game of Thrones, Sansa grows a lot during A Clash of Kings and starts to see how she is being manipulated by the Lannisters.

Sansa’s younger sister, Arya, is given significantly more focus in A Clash of Kings compared to the previous book. Arya has escaped the clutches of the Lannister family and now assumes various false identities as she attempts to find her way back to her own family. Arya spends much of the book disguised as a peasant boy, Arry, trying to survive in the cruel world of Westeros.

Meanwhile, Bran Stark oversees Winterfell while his brother Robb, now King of the North, is leading their military campaign. Bran has developed a mental bond with his direwolf, Summer, giving him unusually realistic dreams from the direwolf’s perspective. He soon learns that the bond with Summer is much deeper than originally thought.

Further north, Jon Snow helps lead the Night Watch’s exploration beyond the Wall to investigate the disappearance of several rangers, including Benjen Stark. Like Bran, Jon develops a powerful bond with his direwolf, Ghost, enabling him to control the direwolf’s actions.

Of the main characters established in A Game of Thrones, Daenerys Targaryen is the only one given significantly less page time in A Clash of Kings. Daenerys has named her baby dragons after her deceased husband and brothers and spends most of A Clash of Kings laying the groundwork for an eventual return to power in Westeros.

A Clash of Kings is a feast for grimdark fans, masterfully building upon the already strong foundation of A Game of Thrones while taking the story and characters to new heights.

Read A Clash of Kings by George R.R. Martin