REVIEW: A Collection of Obsessions by Michael R. Fletcher 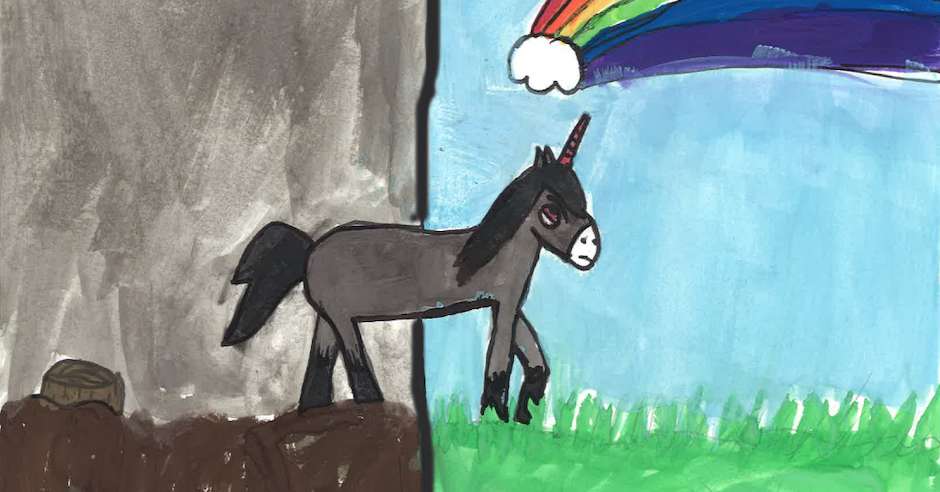 Rarely do I find myself drawn to fiction without knowing much about the person behind the words. Perhaps it’s a part of my training as a researcher, or just me being a know-it-all, but I love to understand how the weaver of words cobbled their fiction together. Michael R. Fletcher‘s A Collection of Obsessions taps into this passion for what we have in his collection of short stories is a treat for those interested in not only the writing process, but the struggles, the highs, and the lows of being a writer. 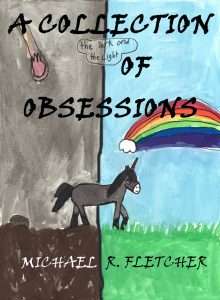 Before I proceed, I’m going to mention that this is not going to be a normal review. That would be a disservice to Fletcher’s work here. I cannot review seventeen short stories in a reasonable amount of space, so I’m going to examine the few that really stood out to me and of course, the commentary Fletcher offers the reader in between his stories.

Obsessions is no simple collection of tales. It is, as the title suggests, a collection of obsessions that Fletcher has developed over the course of his artistic career. The shorts range between cyberpunk to fantasy to semi-autobiographic and historical. Some have been previously published in Grimdark Magazine and other publications, some have been hidden away until now. There are slight grammatical errors (or as Fletcher would call them, ‘beautiful flaws’) and the constant returning to his preferred themes of sanity, death and undeath, and the concept of what makes humans human.

Perhaps ironically to Fletcher, I found myself mostly drawn into his unpublished and semi-autobiographical works, which is an anomaly for me. There is a rawness and energy in these stories that perked my cynical mien and drew me in more than I initially thought possible. My favourite story out of the seventeen, Less than 20/20, is one of these unpublished gems that has been critically underrated by the various publishers. It is an unusual piece that features a scuzzbag named Mark that speaks to his future self through emails. The formatting is exceptional (Fletcher has a penchant for playing with form) and the story goes as well as you would except for a scuzzbag with access to communicating with his future self. It is gritty, jovial, and I had a blast reading it.

The Summer of ’79 is another one of Fletcher’s underrated shorts that treads a fine line between autobiography and fantasy. This short read as if it was being told to me by a child. Fletcher immerses the reader in an almost dreamy landscape of childhood innocence and imagination which evoked a warmness in me that I thought was long dormant. ’79 personally hit me hard as it reminded me of my childhood and the wanderlust that comes with being an adventurous little hellion.

Fletcher’s first fiction sale, Artificial Stupidity, is another standout and one that left me pondering for a long while. I am fascinated with A.I., robots, cyberpunk themes, and anything else to do with computers in fiction, and  Artificial Stupidity delivers on the simple notion of depicting a rather simple machine. It is common knowledge to think of A.I. as being far beyond our intellect, as depicted in various films and novels, but Fletcher reroutes that trope and perfectly turns it around. Artificial Stupidity is short and sweet, and it left me wanting to read more hilarious lines from the juvenile A.I.!

Though I only mentioned three stories, Fletcher’s other works are definitely well worth reading. His fantasy collection (which some of you Grimdark Magazine readers may be familiar with) is superbly written and his cyberpunk works are intriguing.  As mentioned above, this is no mere collection of short stories, but a journey throughout Fletcher’s mind, and I thoroughly enjoyed learning about his writing and his methodology. I appreciated learning about his failures and relished in his triumphs. His stories felt personal, gritty, and loved, and I felt connected to Fletcher on a far more personal level.

I have no real criticisms of this collection, for how can one criticise a living, breathing piece of art that depicts the method behind someone’s madness? There are some inconsistencies, editing mistakes, and some slight inconsistencies, but as Fletcher mentioned during his introduction to Fire and Flesh: ‘The story is what it is, and rewriting and editing it now would be lying about what it was (and where I was)’.

A Collection of Obsessions is one of those rare gems that excites me every time I think about it. I want to recommend this to not only everyone familiar with Fletcher’s works, science fiction and fantasy affictionatos, but also writers and writing students. This is a deep dive into the psyche of a fiction writer, someone that has faced hundreds of rejections, gone through the publication process, and is a valuable voice to guide those starting out. Read. Muse. Ponder. And write, write, write, write, and write some more.