REVIEW: A Dowry of Blood by S.T. Gibson 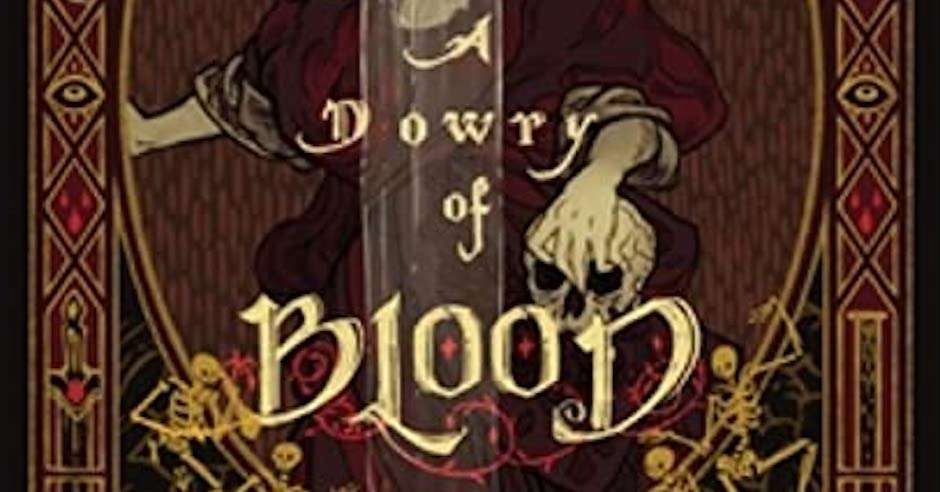 At first glance, A Dowry of Blood by S.T. Gibson would appear to be, from a quick trip to ye olde search engine, a ‘lyrical and dreamy reimagining of Dracula’s brides’. Those who have read it might instead, choose to describe it as a tale of gothic sensibilities, or focus on its queer representation—especially with bisexuality and polyamory—and how it subtly shifts the narrative of a tale that’s lived on in the public consciousness since Bram Stoker first popularized it. 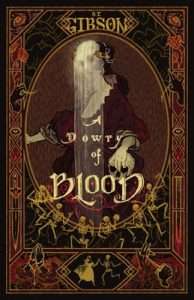 But, if you’ll allow me a moment’s indulgence, I would say that it is instead, a mirror.

Perhaps we should start from the beginning. A Dowry of Blood takes on the form of an epistolary novel, written by a Romanian vampire by the name of Constanta, the first of a nameless vampire lord’s brides. Her story begins with her on the verge of death, after a bandit attack. Her erstwhile sire finds her and gives her a choice: Die, or live alongside him in ageless eternity.

“I cannot make you,” you huffed, halfway between a plea and irritation. “The choice is yours.”

Grudgingly, I parted my lips and took your blood into my mouth like mother’s milk. If this was to be my only wretched salvation, so be it.

From there, Constanta’s letter—addressed to her aforementioned sire—takes on the span of years, decades and ultimately centuries, spanning the width and breath of Europe, although it only serves as a backdrop to A Dowry of Blood’s main narrative, which is Constanta’s relationship with her deathless husband. This doesn’t change, even with the addition of two new brides: Magdalena, a Spanish woman of keen political wit, and Alexi, a beautiful Russian man whose great love is the living world around him.

Earlier, I claimed that A Dowry of Blood is actually a mirror. What I hadn’t said was what it’s a mirror for; I think that it reflects the inherent complicated tangle of the human psyche itself. It isn’t so much a darkly sexier retelling of Dracula’s lovers, but rather a story about domestic abuse, and how it saps the life out of someone—echoing perhaps, how a vampire feeds on its victims.

Nowhere is this truer, than in how Constanta’s unholy marriage plays out. Not just with her, but also the polycule she finds herself in. Over time, we see how her beloved, perfect and immortal, shows chinks in his armor. He becomes more snappish, more possessive, less of a husband and equal to herself, Magdalena and Alexi, something narrated by Constanta in wonderfully expressive prose that almost seems to leap off the pages.

“But then, I was still optimistic. I still wanted to believe I was living in a fairy tale, that I laid down every night with a prince instead of a wolf.

I wanted to believe you.”

Therein lies the true beauty of A Dowry of Blood; within the framework of a dark fantasy, it attempts to dissect and examine the ugly anatomy of abuse, how even the best and brightest of people can fall victim to it. Ultimately, it also provides the catharsis of recognizing that no, this is not right, nor just, before breaking free from it.

Despite its briskness—clocking in at about 235 pages, judging from my personal copy—A Dowry of Blood is perhaps, not an easy or simple book to read. It is gripping, nonetheless, and all the more so for that lovely prose. For those looking for a moment’s deliberation on our darker natures: This, I think, is a book for you.

Read A Dowry of Blood by S.T. Gibson