REVIEW: A Game of Thrones by George R.R. Martin 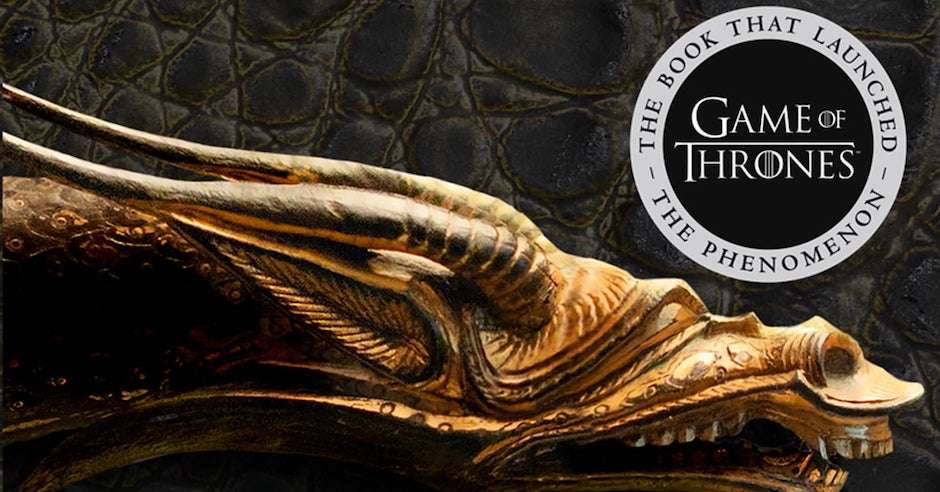 Life is full of insignificant events, small perturbations that are rarely of any consequence. But occasionally the conditions are right for a small perturbation to escalate into something that alters the entire world, leaving a permanent mark on history. Whether it’s the start of a World War or the beginning of a global pandemic, the impact of a single, seemingly insignificant event can grow to outsize proportions, pushing the world out of its delicate balance. 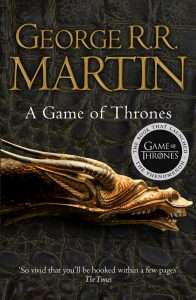 The same is true for A Game of Thrones, the first volume of A Song of Ice and Fire by George R.R. Martin. A society full of opposing political factions and personal deceit hangs precariously on the assumption that hidden duplicity remains behind its shroud of secrecy. But then a seemingly insignificant event shatters that illusion—a young boy climbs a wall and sees something that he shouldn’t see and doesn’t even understand.

The impact of A Game of Thrones on the world of fantasy cannot be overstated. Its publication in 1996 brought about an irreversible step change in fantasy literature, which for decades had been following the blueprint laid out by J.R.R. Tolkien in The Lord of the Rings.

Since its release in the 1950s, The Lord of the Rings had become the single most influential work of fantasy ever written, spawning countless imitations, none of which could reach the same level of impact achieved by Tolkien. Tolkien’s cultural influence stretched far beyond the world of literature, encompassing cinema (Peter Jackson), music (Led Zeppelin), and any number of role-playing games, including both tabletop games like Dungeons and Dragons and video games such as the Final Fantasy series.

Tolkien combined expansive, detailed worldbuilding with an epic good-vs-evil struggle of biblical proportions. Although Frodo struggles mightily against the corrupting power of the One Ring, there is never any doubt that he is on the side of good, a Christ figure who is willing to sacrifice himself to save others. Only two notable characters in The Lord of the Rings exhibit discernable gray morality. The most obvious of these is Gollum/Sméagol, but his gray morality is just a superposition of two dichotomous personas, one of which is good (Sméagol) and the other evil (Gollum). The other character, of course, is Boromir, who is fundamentally good but ultimately seduced by the Ring, becoming the Judas Iscariot figure of the Fellowship.

In A Game of Thrones, George R.R. Martin embraced Tolkienesque worldbuilding while taking an antithetical approach to character morality. Both Middle-earth and Westeros feel authentic because they are so fully realized, complete with their own history and culture, giving the reader a fully immersive experience where they can suspend their own reality while diving into a richly detailed new world.

The main difference comes in the gritty approach that Martin has taken toward character morality, making A Game of Thrones one of the first true grimdark fantasies. Whereas Middle-earth is a world of black and white, Martin uses a full palette of gray to paint his cast of characters. If Tolkien has written an allegory for the epic battle of Christ vs Satan, then George R.R. Martin is more interested in the sneering Pontius Pilate, questioning the meaning of truth itself.

In presenting a grittier, more realistic approach to fantasy, A Game of Thrones became part of a larger cultural movement that emerged in the 1990s. For example, at around the same time, grunge bands such as Soundgarden and Alice in Chains came to prominence, bringing an unapologetic rawness and honesty to a music scene that, in the preceding decade, had been hiding behind a façade of synthetic sounds, big hair, and heavy makeup.

More than a quarter century later, A Game of Thrones has rightfully become one of the most respected and influential works of fantasy. A Song of Ice and Fire has sold close to 100 million books worldwid